i don't know when i purchased this set of memories complete concentric circle stickers, but it was a while ago, and as of this weekend i had never used any of them. 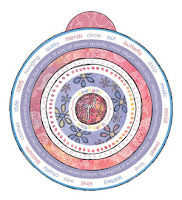 (if you've never seen them, the largest is about 9" across and each ring is a separate sticker; cool, no?)
every so often i would pull them out thinking they might be good for this or that...and then decide they were not quite right...and regretfully put them away again. usually they were just a little too big for whatever i was doing, but too cool to cut up & thus waste their cool circularity.
mostly, i guess, the problem was that i just don't make round cards...or rather...i didn't make round cards
until NOW!!! 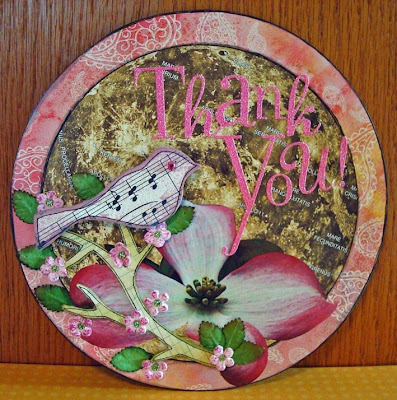 now of course everyone is entitled to their own opinion about any creation; in fact it's even been suggested that all judgement of art is necessarily entirely subjective. so of course you are 100% entitled to think whatever you like about the weird little ditty above...BUT...if you don't like it, be a sport and lie to me, ok? because i am really really enamoured of this particular card! and now, having said all of that, i guess i just have one question left to ask:
does anyone know where i can get a
ROUND ENVELOPE?!?!!
:)
Posted by lauren bergold at 7:54 AM