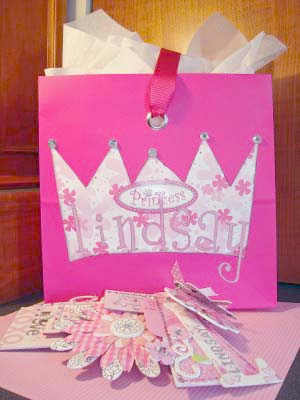 yes, it’s thing-onna-ring (mach 2, actually--more on that in a minute) in all it’s glory! and you lucky devils get to see it from every angle except dangling from the chandelier. not because i had the good grace to stop before the point of ridiculousness, dear readers i assure you; (HA! as if!) no, sadly, we just don’t happen to have a chandelier.
but first, here’s a little pic of mach 1...made last february, for lindsay’s big sis, riley elizabeth! 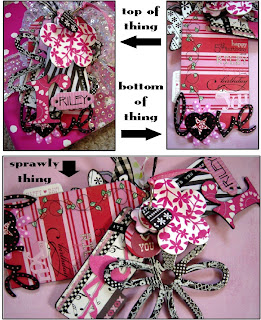 as for the many, many, MANY photos below…well, for one thing, we’ve finally replaced the old sony cybershot with…wait for it…a *new* sony cybershot (woohoo!) and i’ve been trying it out; also, thing 2 was just soooooo darn photogenic, how could i resist?! (the lighting is a big wonky on some of these; i really need to make myself one of amy’s brilliant mini-photo-studio thingies!) in the meantime i've started with all the parts, and then you see the assembled thing, in a variety of stunnin' supamodel poses! 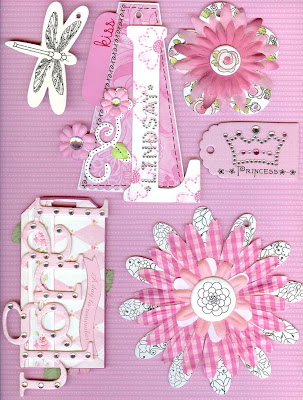 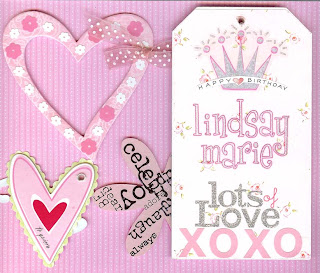 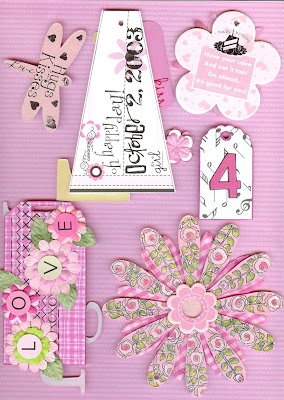 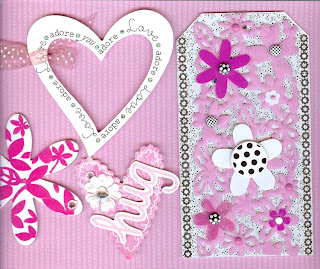 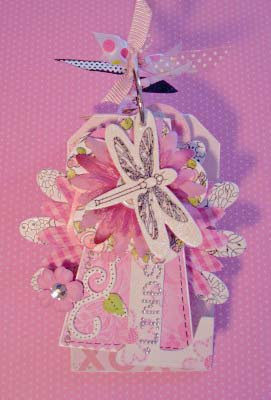 (front of thing--note how the smaller tags at the back act as a sort of "kickstand" enabling THING to stand, unaided!) 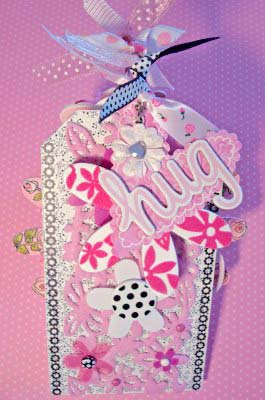 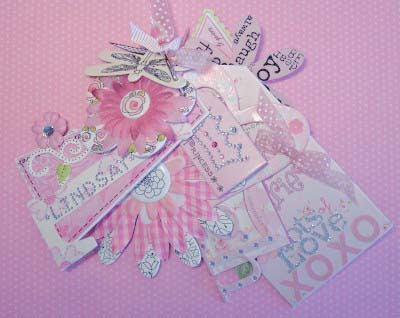 (but eventually, exhaustion strikes--time for a sprawl) 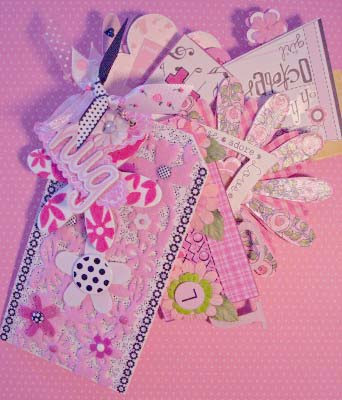 and finally...JUST for miss june...who challenged me to incorporate elements of lindsay's pretty smocked & embroidered dress from the pics last week, a closeup of the result: 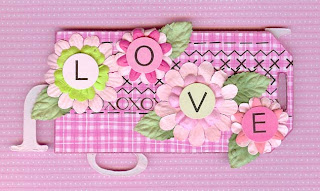 Posted by lauren bergold at 8:15 AM