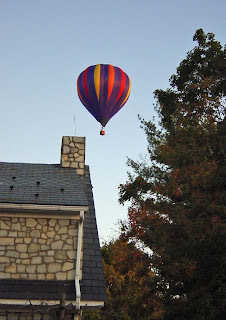 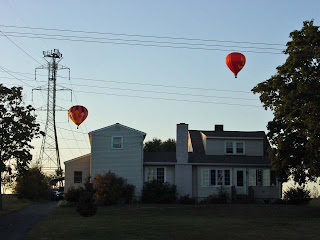 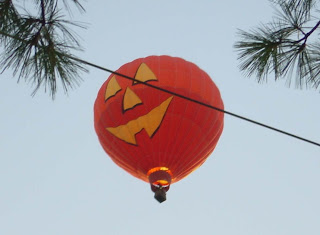 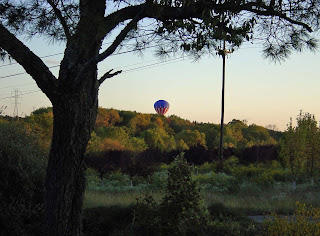 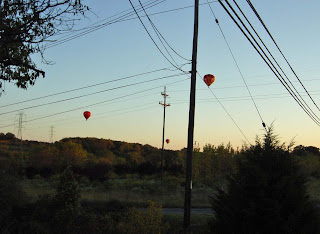 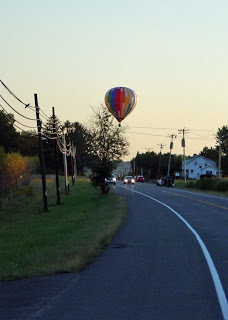 ok, i didn't exactly order them. they just happened to fly over our house the other night, right before dusk. we were indoors eating dinner, and wouldn't even have *known*, except we happened to have all the windows open and we heard this weird WHOOSHING noise.

"what was that?" asked lovely husband jeff.

"it sounds like the flame burner thingie on a hot air balloon," i replied immediately.

of course lhj is far too lovely to say, "have you lost your mind?!" but the look he gave me was fairly eloquent. not that i blame him! had the situation been reversed, i'd've done the same. in fact, had there been a mirror to hand, i would have regarded myself with some suspicion.

which is a pity, since as a matter of fact, it was the flame burner thingie on a hot air balloon; and the balloon in question was right above our house. (yes, you may add to my list of secret super-powers the ability to recognize fairly obscure noises from quite a long way away. who knew??!)

turns out, said balloon was the first of 7 or 8. i guess they were having a balloon...rally or...regatta or...whatever you call it when 7 or 8 hot air ballons all fly (...sail? ...float??) in the same general direction at the same time. whatever it may called, i can tell you it is very cool to watch, particularly when it occurs, unexpectedly and unbidden, right over your home! ...but i still have to wonder...