december 9th can most easily be summed up as the day i realized: OMG! it's december 9th!!!!!!!!!!!!!!!! yeah. there's always a moment in december where i totally  *PANIC* and think, "well, there is NO WAY i'm gonna be ready by the 25th... i wonder how difficult it is to convert to eastern orthodox?" this usually results in a bout of furious list-making, and the consumption of many sugary foodstuffs. then i get back to work. so that's what i did on monday.

i think you can tell that the center of this page is built on one of the awesome vintage air mail envelopes that stephanie gave me a while ago. that's because it's actually holding some of the many, many lists that will allow me to get through the rest of the month. here's a peek at a few of those: 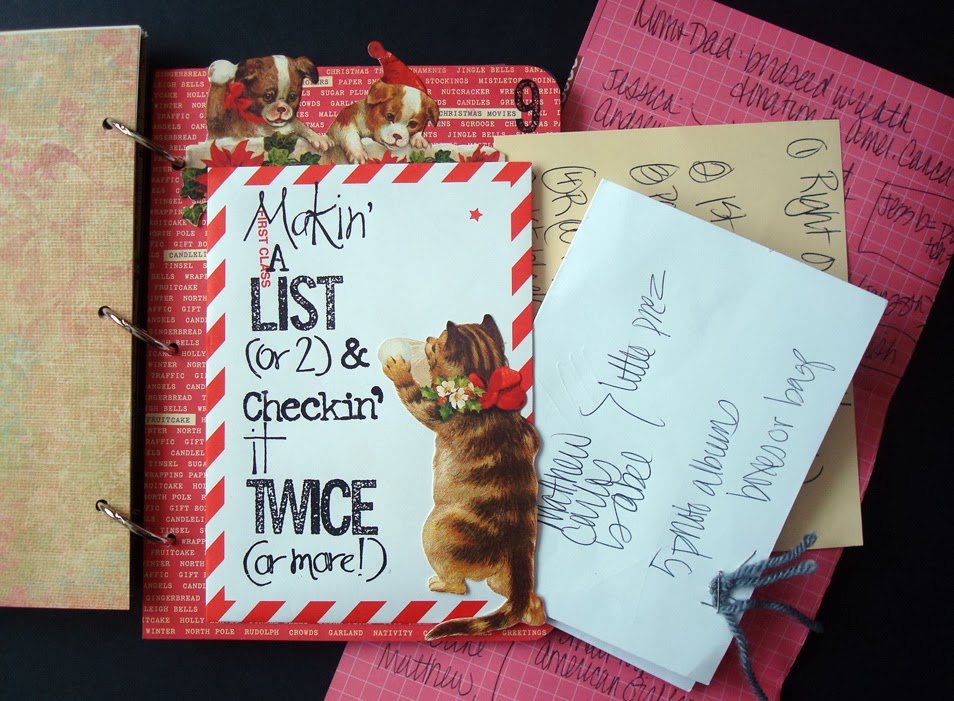 ok, so i know you're thinking; you're thinking, "hey lauren! what do dogs and a cat having a snowball fight have to do with this or any other day?!" and the answer is: not a dang thing!!! :) i just liked them and they sort of framed up the envelope nicely, so i cut them from an old xmas card and glued them on. because that's how scientific my process is, lol!