so cold, in fact, that i had to get up in the middle of the night and wrap up in my big ol' terrycloth bathrobe! o'course, i could've just closed the windows...but that would've spoiled it; for whilst coldness is plentiful in winter...in new jersey...in the middle of august, it's a bit of a luxury, dontcha think?!?!!

and how does that tie in with the card i'm about to show you? it doesn't. not even a little bit. i was just bein' polite and making conversation! :) ok, that's enough of that...wanna see the card?! 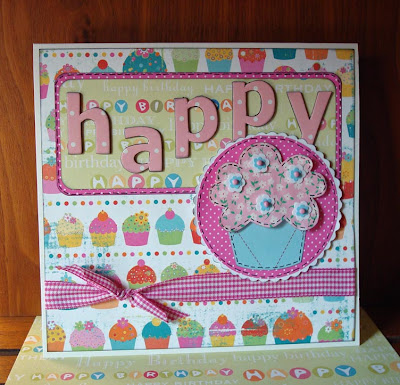 (patterned paper: junkitz, ctmh, dcwv, sei, origami paper; chipoard letters: target $ spot (!); sequins & brads: queen & co, doodlebug; ribbon: michaels; other: colorbox inks, foam tape)
i needed to be a bit fast, so i used kazan's latest pattern, over at 2sketches4you. i used almost all scraps... (so miss june will be proud of me!) ...even the piece of white card stock had been pre-folded and trimmed for another project and then at the last minute i went with a different color, which doesn't make it a scrap, but it was a leftover...which is almost as good! now i just have to remember to MAIL this thing on monday and i have a shot at bein' on time for the birthday in question. go, me!
Posted by lauren bergold at 8:23 AM