say hello to my leetle friend 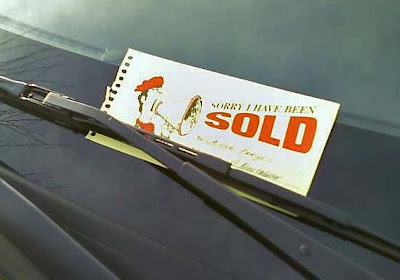 it's a bouncing baby subaru!!! 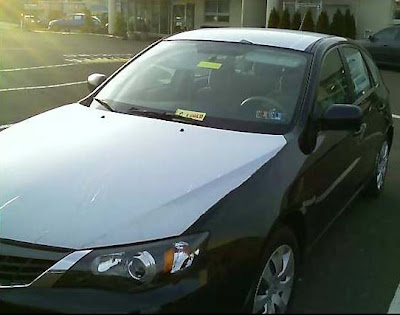 yes folks, after several weeks of researching, comparing, test-driving, haggling, and chasing various pieces of paper around two states, i have a new car!!!!! (and by new i mean--for the first time in my life--not just "new-to-me" but actually brand new!) i am still waiting on one more piece of paper before i can sally forth to the dmv and do battle, but in the meantime it is lovable, drivable, and alllllll mine!

i apologize for the totally crap photos...BUT...seeing as i took them with my phone...AND...managed to figure out how to send them to the picture-hosting site...PLUS...learned how to download/edit them, i am feeling quite obnoxiously proud and geek-girrrrrly. also, by the time i got the car home this evening it was pouring with rain!

(btw, i haven't purchased the automotive equivalent of two-toned saddle shoes...the pic was taken at the dealership before the white protective plastic covering was removed from the car...which for the record is a 2008 impreza hatch-back.)

Posted by lauren bergold at 7:32 PM