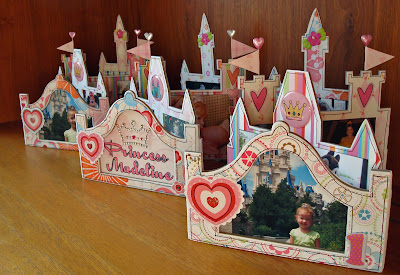 yes, of course you do; how could you forget the princess castle books from last month? especially since i went on...and on...and on...about them at the time. ;) well, it turns out you're gonna have to listen to one more post about 'em. and it's a rather braggy one, at that, i fear.
see, here's what happened: the very lovely and talented cheryl mezzetti, who leads creative imaginations' design team (CI being the makers of the reyna castle books which formed the base of this project) stopped by m'blog last week, left a very nice comment about the princess castle books, and invited me to post them on CI's gallery. which was very cool, especially since i didn't know there was such a site, and now i am thrilled to have found it, and seen all of the AMAZING projects that people have posted there! ...but i digress...
a few days later, cheryl emailed me to say that the folks at creative imaginations really liked the castles, as well, and would i let them be featured on the CI blog? well, as you can imagine, i had to agonize about that for nearly a nanosecond before replying, hesitantly:
YES, PLEASE!!!!!!!!!!!
and the next thing i know, THIS POST was featured on their blog. how cool is THAT??! well, needless to say, i am very excited and honored and grateful to have a project featured there...and not just any project... but one of the most fun (c'mon, they're princess castles!!!) and most special (they feature my three favorite girls in the universe!) projects i've ever made. i'd pretty much have to say it doesn't get all that much better than this, folks! 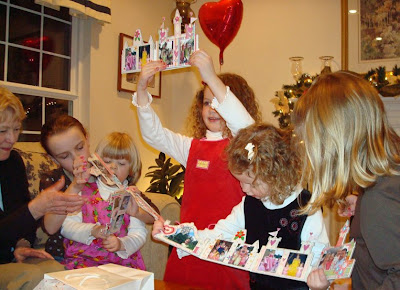 thank you cheryl mezzetti, thank you creative imaginations, and most of all, thank you, small princesses!!!
Posted by lauren bergold at 7:33 AM