the one that got away

last night, i spent 20 minutes looking for a small orange rhonna farrer flower rub-on which i had cut out of its backing sheet and set aside to use. i looked everywhere: my work table, the floor around it, the couch beneath me, even *under* the couch and between the cushions! but it was just GONE without a trace. in the end, i used a different one and forgot all about it.
this morning as i was drinking my coffee, i saw lovely husband jeff looking at my arm, first with concern, and then amusement. "what?" i asked, eloquently. (it was 8:30 & my first cup of coffee.) "i thought you were bleeding...but you're not," he said chuckling and pointing to a spot on the underside of my forearm, near the elbow, where he saw this: 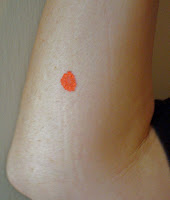 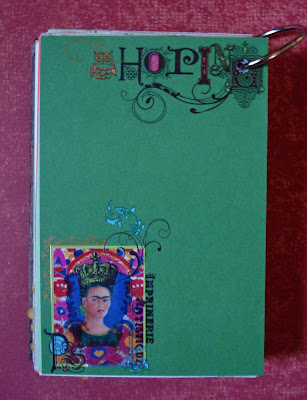 in retrospect, i think the flower looks just as good on me as it would've on frida! :)
Posted by lauren bergold at 9:08 AM