if i knew you were coming...

...i'd've paper-pieced an entire cake, instead of just one slice! :) i can still show it to you though, want to see? 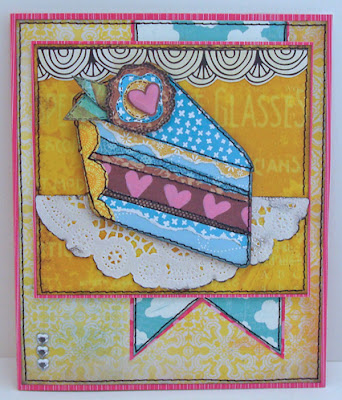 i was inspired by some gorgeous cakes made from paper and fabric scraps that i saw on tara anderson's blog, and of course have not been able to find again! (arrgh!) so you'll just have to trust me when i tell you that mine isn't even a fraction as cool... and trust me, this is BY FAR the best version of the ones i've made so far.

my color scheme was inspired by the lovely laurel seabrook's aptly named inspired by challenge (#37) for which this was the photo: 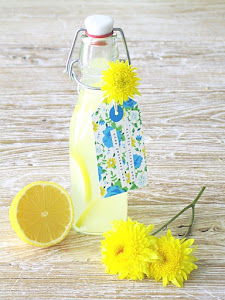 i did wind up mostly using the colors. i had sort of planned to have a sunshine, or some fluffy yellow flowers, or at least a bit more paper-piecing in the background, to make the whole thing sort of "quiltier" so to speak; but as it turned out just making a slice of cake that looked like a slice of cake (instead of really pretty random paper strips; as the earlier prototypes did!) took longer than i thought, so in the end i built my cake and grabbed this week's mojo monday sketch (#254) and called it a day! 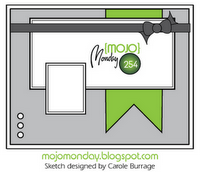 i plan to keep trying with the paper cakes, though, because i love this idea! perhaps an inspirational trip to the bakery is called for??! i mean, a girl has to be willing to do her *RESEARCH* am i right??! in the meantime, i wish you a very happy and a very sunny sunday, darlings! ♥♥♥
Posted by lauren bergold at 10:55 AM