yet another sketch-based xmas card

my motto is, "if it ain't broke, don't fix it" and since the method of making holiday cards based on sketches is currently working REALLY well for me, i see no reason to mess with that. this time i've used kazan's sketch 40: 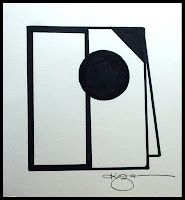 2S4Y's sponsor for this week's challenge is JustRite Stampers and the design team made wonderful use of the large round element in kazan's sketch to show off some of JustRite's mix-n-match sets. getting in the spirit, i decided to break out my 3.25" Christmas Stamp Ensemble...which seems to have been discontinued since the last time i posted about it. ah well, there are plenty of other JustRite Christmas Sets from which to choose, and at the moment they are 20% off!

i had a bit of trouble photographing this baby, for one thing, the handstitching doesn't seem to show up very well. for another, in real life, the pink circle element DOES NOT CLASH with the rest of the card. but i'm out of photo-fussing time for today, so you're just going to have to trust me rather than the pics on those two points, ok?! 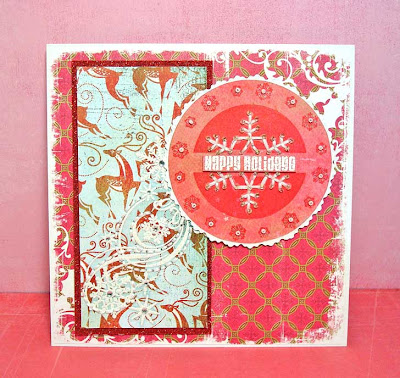 (patterned paper: we-r-memory keepers, basic grey, prima, plus some papersource red glitter giftwrap & some dcwv white glitter cardstock; glossy white cardstock: ranger; christmas stamp ensemble: justrite; ink: staz-on & psx; embossing powder: psx; swirly rub-on with gems: k&co embroidery floss: dmc; seedbeads: mill hill; adhesives: tombow monorunner, scotch tape, 3m foam tape; hint for getting stuff to stick to glittery paper: it WON'T, you have to cheat! cut your mat to the right size, use a craft knife or punch to remove the center portion of the mat, and adhere with tape!)
i discovered these chrismas papers from we-r-memory keepers last year, and i love 'em. not only are they BEAUTIFUL, they're also super-clever: they have one 12x12" pattern on the entire front, but on the back they've got four different, coordinating 6x6" squares! how brilliant is that for card-making??! 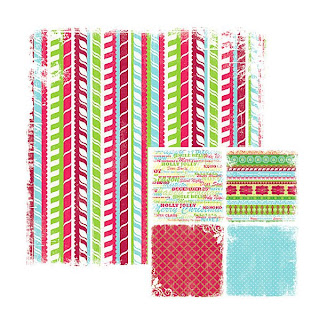 you can see that i've used the red square for my background; rather awesomely it ALREADY HAD the corner element from kazan's sketch built right into the design! i stamped the snowflake from my JustRite Christmas Ensemble onto some subtle patterned prima paper, and embellished the inner snowflake with stitching and clear beads, and the outer ring of snowflakes with white beads. 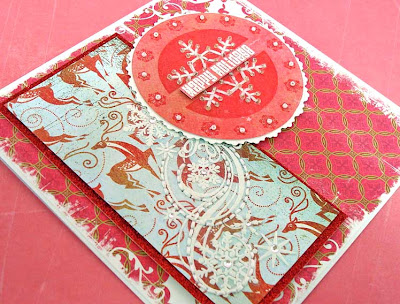 the "happy holidays" sentiment looked pretty good in the original red ink, but it didn't quite stand out as much as i wanted, so i went back and stamped it again and embossed using white powder; then i neatly cut out just that bit and mounted it on foam tape over the original section of the stamp. i finished off the card with a pretty, swirly jewel-bedecked rub-on, and again...it looked good...but i thought it needed one more little touch, so i poked a few holes and added some complementary hand-stitched swirls to the design. et voila!
Posted by lauren bergold at 11:39 AM