or in this case, HEADER'S up. the new blog header, i mean. when i looked back through last year's posts for 52Q-question #43, i realized that the paper-pieced one with the deer was made in october of 2008...and much as i still loooooove that thing, an entire year is a bit long on one artwork, imo! since i've been having so much fun choosing and playing with digi-elements, i decided to make something a little different.
so whaddaya think? 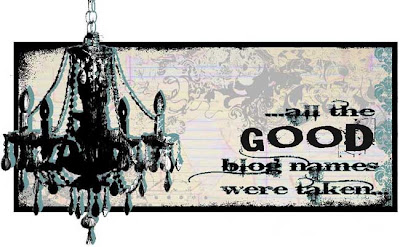 (materials: my real-life notebookpaper collage, scanned, cropped & resized; digi elements: chandelier image & shadow: scrap-n-fonts; hipster plumes korners & edges no.4: anna aspnes, designer digitals; damask brush & inked edges tool kit: house of 3; fonts: bleeding cowboys & broken 15)
i think it's kind of fun and dramatic and a bit wintery. i used my notebook paper collage as the base... (however this is not THE thing i told you about that i had in mind; that's still coming, after the person whose birthday card it is receives it, probably next week) ...some assorted digi-stuffs, and a couple of my favorite fonts. i'm pretty pleased with it, actually. 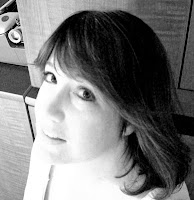 i have a new avatar pic, as well. which i didn't need to post here...but somehow i can never figure out how to get it to load on the sidebar without linking to it online. so it's here.*

i'm definitely going back to changing my header out every 3 or 4 months, though. i think it's more fun to have lots of different ones which rotate; some created digitally and others made the old fashioned way. maybe the *next* one will have monstas??! ;)

*eta half an hour later: my photo is HERE...where it's not is on my sidebar...and in the course of trying to PUT IT on my sidebar, i have managed to make my profile inaccessible! (even though when i access it through dashboard, the "make profile accessible" box *IS* checked. and i saved it. abuncha times.) and i am completely out of time for this now until the weekend. arrrrgh. blogger...some days it's WORTH EVERY PENNY, eh?! (arrrrgggggh!)**

**eta--AGAIN--an additional hour after THAT: i managed to nip back online for 15 min and i *think* i've fixed everything now. my profile's re-linked, and my photo is (finally) on there. it's HUUUUUUUUGE, but i'll worry about that at a later date. surely someplace in the world it's an acceptable hour at which to have a margarita. i'm off to find that place! :)

Posted by lauren bergold at 7:34 AM