one of the meaner cards i've ever made... 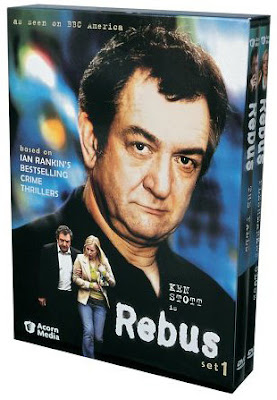 nooooooooooo...not a moody scottish neo-noir detective drama
starring ken stott (or john hannah)!
it's a picture puzzle, like they used to have in WEEKLY READER*!
see: 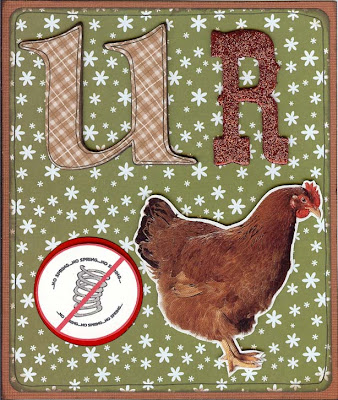 (patterned paper: scenic route, doodlebug; chipboard letters: basic grey & twinkletype (the twinkle type one is sparkly RED and not maroon...it matches the red circle around the "spring" icon...but it scanned kinda weird b/c of bein' so glittery i guess) "no spring" icon made in broderbund printshop; other: zig writer, colorbox inks, chicken cut from a magazine, brown cardstock)


ok, so it *IS* a bit mean...but see i have this brother-in-law...and i love him...but he's one of the most relentless teasers i've ever met! oddly enough, he's not obnoxious; guys like that...usually obnoxious...but not our dear rich, he's actually very nice. luckily, he's also slightly older than me, so i can tease HIM about that. and i do. every year on his birthday!

last year i made this:

i saw the "make yer own highway signage" stickers at walmart last january and for some reason immediately fell in love with them. the girlfriend i was shopping with looked at me like i had suggested we put on metal hats and go dancin' in a thunderstorm, but by the time we got to the checkout counter i had the whole entire idea, *including* using a page from an old road atlas as background paper.

and it still makes me smile. so there!

*remember the little magazine we used to get in elementary school?! geez, i loved that thing! i wonder if it's still around? of course, TODAY'S second graders probably prefer to receive it as a text message on their i-phones! :)
Posted by lauren bergold at 8:04 AM