i know, i know, that is the WORST, the most far-fetched, and the most diabolical of all my bad, far-fetched and diabolical pun-based blog post titles, EVER. i feel a certain amount of pride about that, actually.*
ok, so being as it's the 20th of the month, you will know it is a CAARDVARKS challenge day...and being as said title fairly well belabors the theme, you'll have guessed that this time we are making cards which include......wait for iiiiiiiiiiiiiiiiiiiiiiiiit......ok, fine: DIECUTS!!!!!
i made two cards for this challenge, and i will tell you frankly that it is because i don't really like the first one. i very nearly didn't even POST it. but then i thought to myself, "you know what, sometimes we are all just a little too hard on ourselves!" and i reconsidered. ok, it's not the best card ever, but there is nothing really wrong with it...the diecuts are adorable... (i love the rulers, especially) ...and the general sewing theme is cool...in fact, i like ALL the ingredients, but somehow i just feel it didn't quite gel together as a whole. ah well. it's still a HANDMADE CARD for pete's sake! 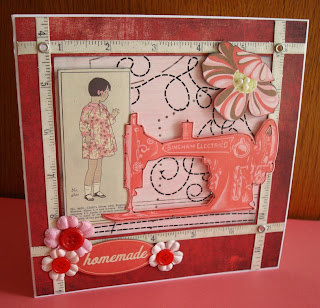 and now the second card i made, which i really DO love...although, i must confess, it has fewer...and less noticeable...diecuts. but it HAS some, so it counts! 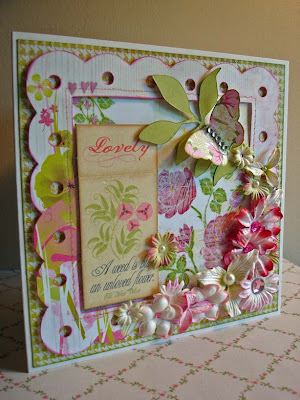 you may have noticed that my last few cards have been 6x6" squares...a rather odd shape and size for me. plus, i will tell you confidentially, my *NEXT FEW* cards are also 6x6" squares. i blame basic grey for this. having recently re-discovered my 6x6 sultry and blush paper pads i have been WORKIN' those babies like there is no tomorrow! what can i say? "pointless addiction" is my middle name! :)

*other possibilities i considered for this honor: "THIS'LL BE THE DAY THAT I DIE(CUT)" and "CROSS MY HEART AND HOPE TO DIE(CUT)" and of course, "LIVE AND LET DIE(CUT)" which very nearly won!

Posted by lauren bergold at 8:21 AM