which aside from being cool on the 52Q front, surely means that SPRING cannot be far away either, right?

in the meantime, however, at least we have 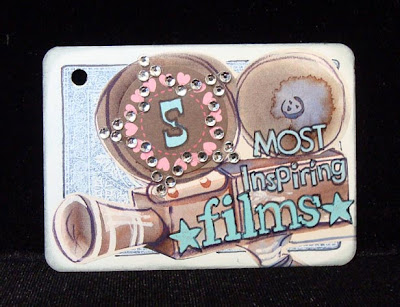 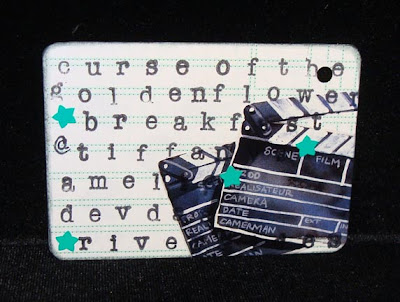 seeing as how i've been trying to use this project to practice working quickly...and a bit "looser"... i decided to just start stamping my answers on the card without any tedius measuring.

as you can see...they didn't all fit in the "free space" and whilst it looks kind of cool to let them overlap the picture, they are completely un-read-able there.

so if you're interested in knowing my top 5 creatively inspiring films, they are, in no particular order:

curse of the golden flower

(audrey hepburn! new york city!!! what else do ya need?)

(the distilled essence of paris...ok, it's a fantasy paris...what's your point?!)

(perhaps the "bollywoodiest" of all bollywood films; certainly one of the most impressive.)

(perhaps the BEST EVER glimpse of an artist & his process captured on film.)

Posted by lauren bergold at 7:50 AM

Email ThisBlogThis!Share to TwitterShare to FacebookShare to Pinterest
Labels: 52q, atc's, papercrafting (but not cards)