...to the crazy woman, wavin' her arms about!
i have been wanting to add a photo to my profile, and apparently, to do that, blogger needs me to post it first, and then link to it. the photo was already hosted online, in a photo album...but that wasn't good enough for blogger. oh no. a simple link would not suffice.
here you go, blogger. and thus, i am outed as a total egomaniac! ...satisfied...?? 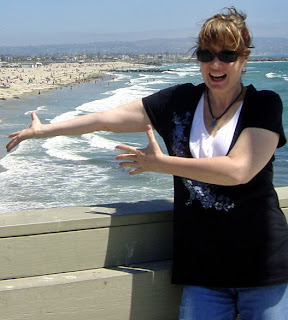 i often use this photo, in these sorts of situations: 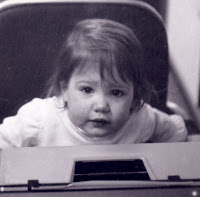 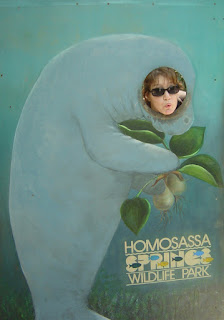 not because i think it's better...nope...purely for the opportunity to use the caption, "portrait of the artist as a young manatee"!

ok, nevermind.
i will go with the first one. me, this summer, 45 minutes after my plane landed in san diego. ...it don't get much better than that, baby...
Posted by lauren bergold at 12:25 PM