How is it possible that ICAD2020 is over already? I'm pretty sure somebody is messing with the calendar and very likely has stolen part of July. Is there a CSI for Time Crime??! Meanwhile, here are my last few index cards, and the photo of my big sprawly book at the end. ♥ 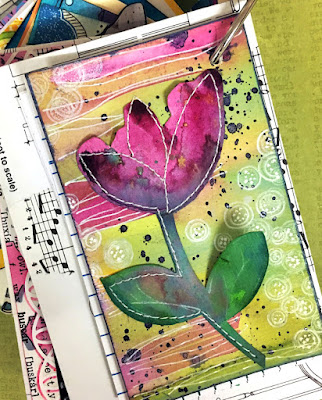 day 55: off prompt
on this day i took dina wakley's awesome "focus on gloss sprays" class via facebook live, so obviously i had to use something from the class and i chose this painted flower which i cut out and put against a random background i painted to use up one of my "puddles" of spray. 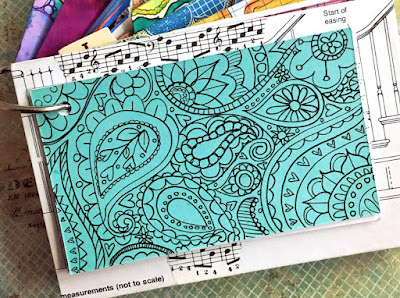 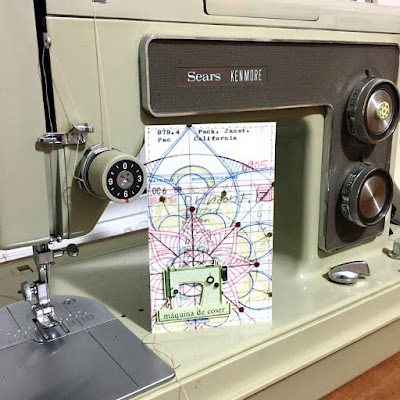 day 57: mandala monday
i had cut this little sewing machine illustration out of a spanish language children's book a while ago, mostly because the soft green color reminded me of my own sewing machine, which once belonged to my mom mom. it seemed like a good centerpiece for a library card mandala. 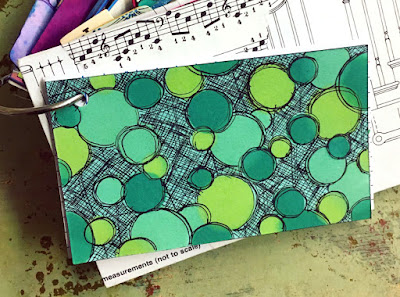 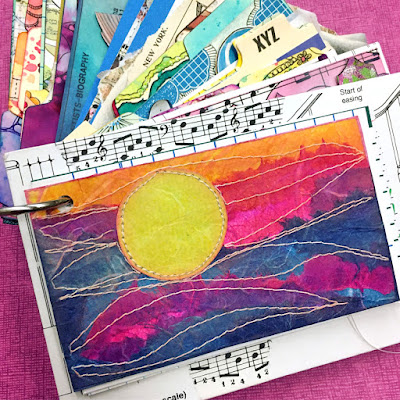 day 59: off-prompt
last week i assembled a bunch of handmade paper assortments for the ink pad and there were only the tiniest pieces of this super-sheer variety so... shhhhhhhhh... i "liberated" them because i thought they'd be pretty cool to layer in a collage. i stand by that hypothesis, actually! 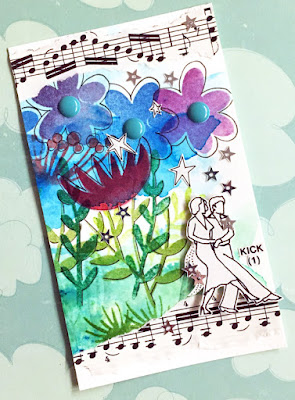 day 60: bossa nova
technically i think these guys are doing something called the continental hustle; they're from the most amazing book i found at a sale some years ago called, "the official guide to disco dancing" which i chose entirely for these little line drawings which showed the steps to all the various dances. the background is a first draft of a stamped background for a paper anthology "class in a kit" i made called "big blooms"; it wasn't what i wanted at the time, but i still liked it, so it went into the collage fodder bin to become a fanciful dancing arena! 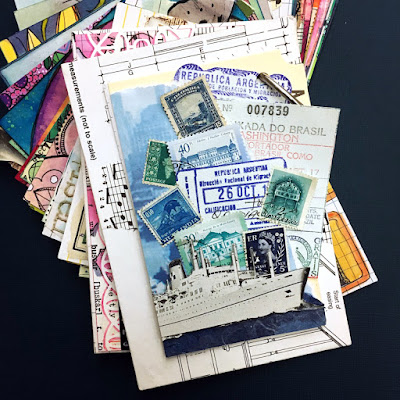 day 61: adventure
i will take literally ANY excuse to make a collage, especially a vintage travel collage. so i did!!!

and now the famous before and after pics of this year's ICAD book: 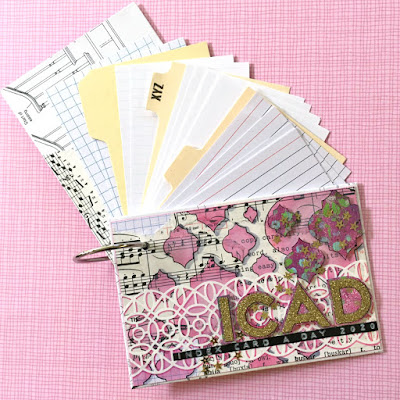 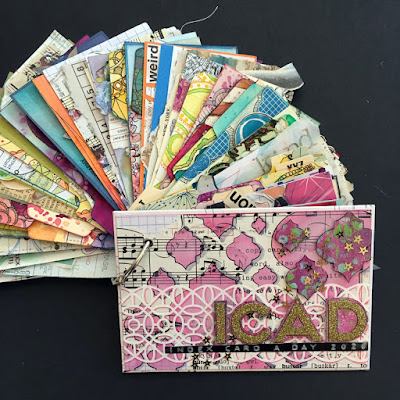 Many thanks to Tammy Garcia, of Daisy Yellow Art, who created and has hostessed the awesome Index Card a Day Challenge for TEN (10!!!) years now, making everyone's June and July more creative and inspiring! Thanks also to everyone who played along or just followed along. And special thanks to those of you who have persevered on m'blog through 61 cards per year, times 9 years, for a total of 549 ICADs!!! ♥♥♥
Posted by lauren bergold at 10:00 AM