ok, so technically, this ♥JINGLE BELLES♥ prompt is called "on the first day of christmas"... and our true love is giving to us... a gift card in a gift card holder!* but in actual fact what's been written in my own calendar since we started talking about this idea is the much more informal title of this post, because this fortnight we are lucky enough to have lured back one of my all-time favorite lovely guest stars, and bestest of blogging buddies gina cunningham!!!

it was gina who pointed out that one of the things we *ALL* need around the holidays is a cool way to present the awesome gift cards which solve so many of our present-based dilemmas: they're great for everything from teacher gifts to hard-to-buy-for husbands... and pretty much everyone in between, as well! so this time we're asking you to make a holiday gift card holder: it can be as simple as a card with a pocket built in, or as elaborate as you'd like to make it; little boxes, decorated tins, hand made folders or wallets; from a kit, from scratch or just dressing up a store-bought product, we want to see your MOST creative ideas!

i've done a lot of different types and styles of these over the years, but probably the one i've made most often is based on this totally fabulous amy tsuruta tutorial and combines the twin virtues of being easy to make, but still looking quite sophisticated. gotta love that, right?!

so here's the outside: 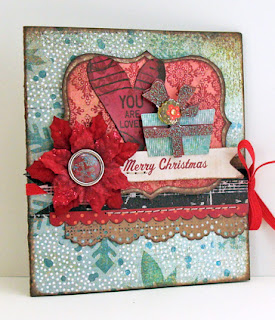 which must make this the inside, eh? 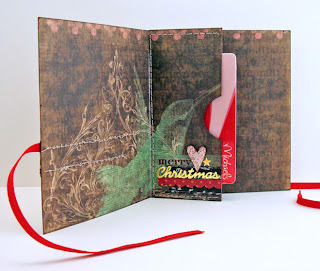 you can see that i've made mine a little bit bigger than in amy's tutorial, that being because i started out with paper that was 12" wide, and rather than trim i just left it. instead of making the base from plain cardstock and adding panels of patterned paper, i xyroned two different patterned papers back to back and then scored and folded the "mega paper" which makes a nice sturdy finished product AND by virtue of choosing a cool section of both sheets did most of my decorating for me... i just had to add embellies, which is, to me, the FUN PART!!! :)

i used EAD designs' may color challenge (#24) as my palette:

and i could not resist this sketchy thursday** "revival" sketch which was featured last week at a new-to-me challenge called platinum scraps: 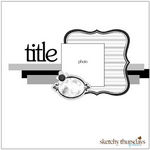 wow, that's a lot of text and pictures for one little project, isn't it? so i think i will shut up now and send you over to JB to see what stephanie and gina made, because i know you want to get started on your own holiday gift card holder!!!

*stef came up with this title, which i think is AWESOME, like all of hers are!!!  :)
**i dunno about you, but i REALLY miss sketchy thursdays! i was excited to see that diana is GDT and sketch artist at the paper variety this month; gotta get a card in next week for that!
Posted by lauren bergold at 12:05 AM