if you've ever been with me in florida, california, or anywhere warm and tropical, you'll know that i have a complete mania for palm trees and have to be physically stopped from snapping a zillion photos of every single one i encounter. most recently, in hawaii, i became obsessed with the shadows that palm fronds cast on various surfaces, especially concrete. which resulted in a lot of photos like this, which i love: 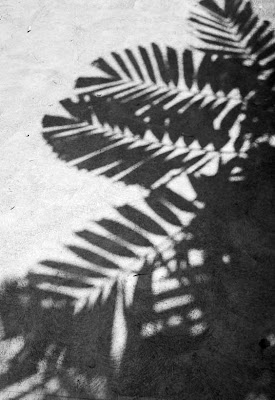 i've used photoshop to crop, and bump up/tone down some levels; but other than that it's not been altered.
here's one that has been altered: 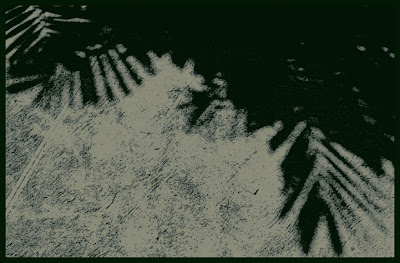 i used a few different artistic filters, played with saturation, tint, hue and... well, i pretty much tried out every slider, in every direction!
here's one with me in it: 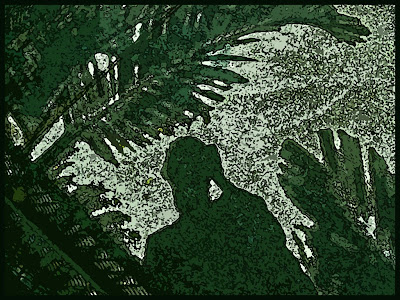 not to mention even MORE effects, some light and color layers, etc; i went a little crazy, but i like it!
eventually i started using stuff like the "rubber stamp" and "cut out" filters; which cross the line from photo editing to photo altering... in a good way: 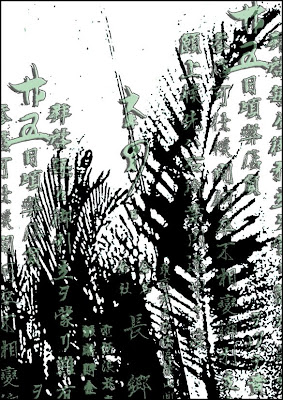 i threw some anna aspnes asian script brushes on top of this one, and then played around with styles on the brush layer: bevelling, drop shadow, etc... if you could pile it on and still see the characters, i did it!
then, somehow, i bumped one of the sliders--i really REALLY wish i knew which one!!!--and got this: 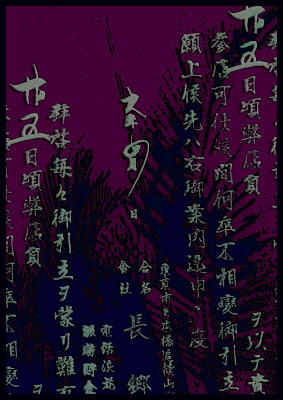 ♥CHA-CHING♥!!!
so what am i gonna do with these? ok, honestly, i have noooooooooooo clue. but i had fun making them, i learned some stuff, and eventually i'll think of SOMETHING. in the meantime, if you've got a great idea, feel free to grab any one of the above and have a good ol' PLAY!!! :)
Posted by lauren bergold at 5:33 AM