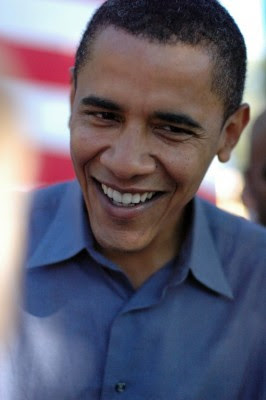 i have never been more proud of my country!
...and i am not just saying that because this man was my choice...
(though emphatically, he was)
even before i knew the results of yesterday's election, there were certain things of which i was already absolutely certain: that voting would take place in an orderly and legal fashion; that however contested the outcome, any wrangling or dissent would be confined to the courtrooms and the media; and that no matter what ultimately happened, the rule of law would be observed, and there was zero chance of a coup-type maneouver taking place.
the fact that we can say that about EVERY ELECTION with 100% confidence shows what a privileged & fortunate nation we are!
the fact that we set records for voter turnout is, to me, an unbelievably positive thing. whomever had won, i would have been heartened just to think that the true will of a truly involved populace was reflected in the outcome.
the fact that both candidates made speeches of incredible graciousness and generosity gives me hope that we can all sit down together and work constructively for change that will not only benefit us now, but next year, and next decade, and in the next generation. and yes, there certainly is hard work to be done, and there are hard choices to be made.
but today, at least,
i truly do believe:
YES, we *CAN*
Posted by lauren bergold at 2:36 PM