it's beginning to look...

...a teeny tiny bit...like christmas! (well, ok, that's a slight exaggeration, but i have finally made ONE CARD, at least!) wanna see??! ok, but first the sketch, it's my fellow caardvark laura's #12 over at 2S4Y, and thus rather fabulous, like those tend to be: 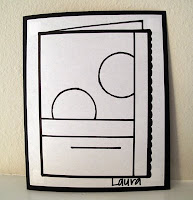 i do the sketch most weeks...but i think i have only completed it by the deadline two or three times, so it's quite exciting to me when that happens! :) 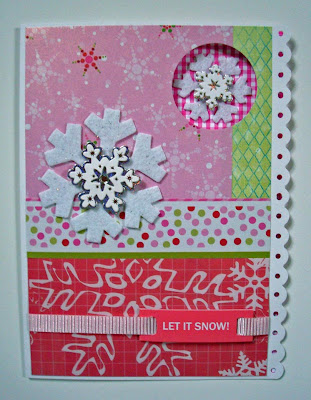 you may notice that the nice vertical band on the edge of the sketch doesn't run the entire length of my card; you see...it was getting late...i was lining up edges of four patterned papers and a transparency... (having for some silly reason decided to leave a band of white cardstock showing around the perimeter) ...and i accidentally trimmed the bottom bits the entire width of pattern instead of stopping at the green. by the time i realized they were on there--in the entirely permanent and unmoveable way that adhesive only really seems to adhere when you don't want it to--so i did what any great artist would do: left it that way and decided to call it a "design decision"!!! :)

ps: in the excitement of not only completing the card but having time to put it up this morning, i had to remove a previously scheduled post, which apparently already had two comments that i never even got to see b/c STUPIDLY i didn't realize they'd be deleted when i went back and hit "save as draft"! so i thank and apologize to whichever lovely friends that might've been! me & blogger...even after all this time...we're still gettin' to know each other over here!

Posted by lauren bergold at 8:45 AM