i've made some pretty cute amigurumi in my time, but i think that nephew matthew's seventh birthday present... dave the minion, by name... may have attained the apex of both adorability and authenticity in the yarnly arts. but you tell me: 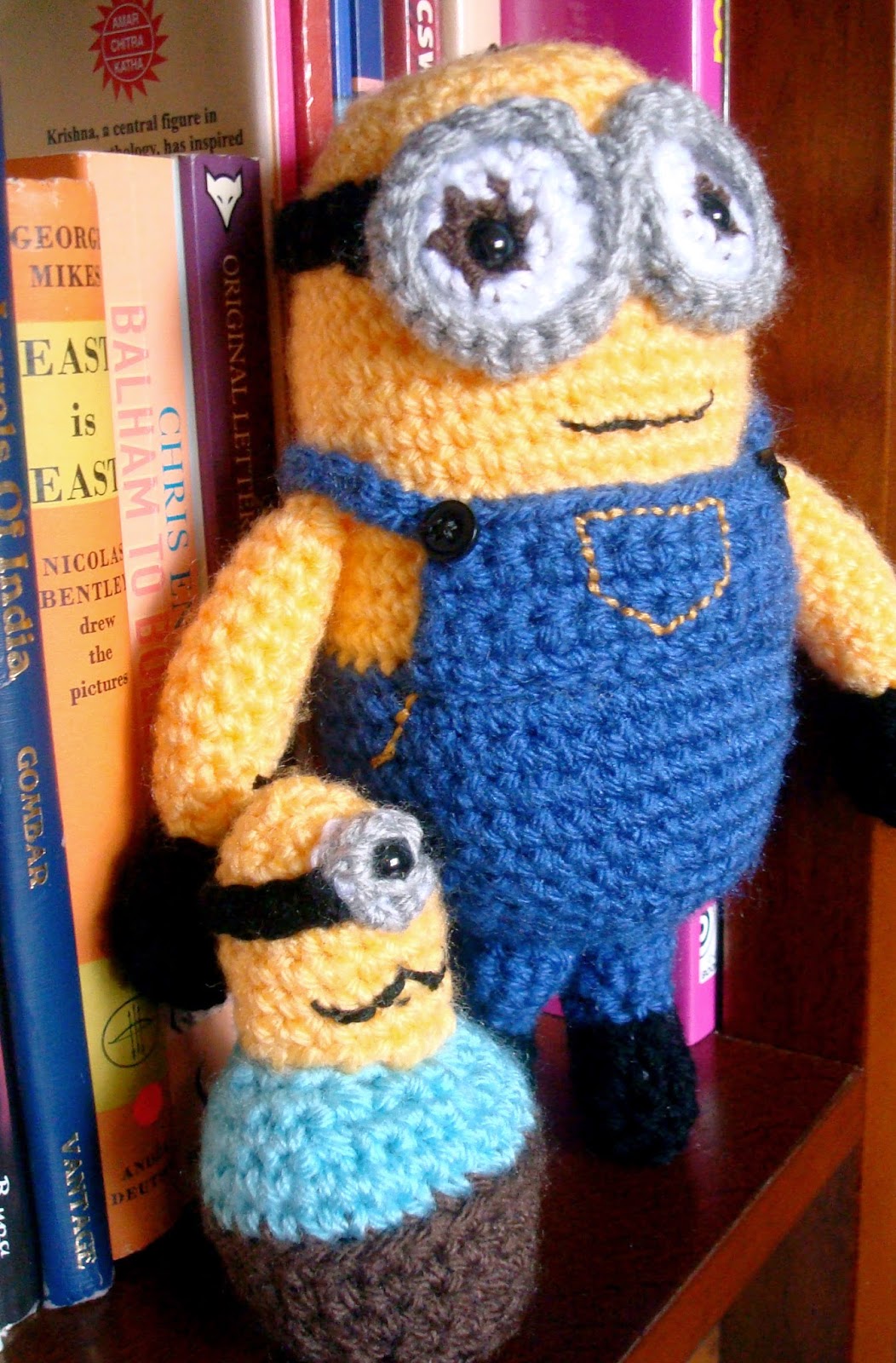 mind you, any crocheting project that involves as much fussy finishing* as this one really NEEDS to result in utterly mindbending cuteness AND be immediately recognizable as what it is meant to be; in this case a supporting actor from matthew's favorite movie, despicable me.

there were quite a few uber-cute minion patterns available online. i chose this one, which is by patricia castillo and available for *FREE* on her blog, partly because her sample was so awesome, partly because the instructions were clear and well-written, but mostly because, in addition to dave, a pattern for the fabulous minion cupcake was also included. this might've been a factor even if, for last year's birthday party, matthew and his mom had not made special minion cupcakes for all his guests. but in fact they had, so that sort of sent me over the top!!! 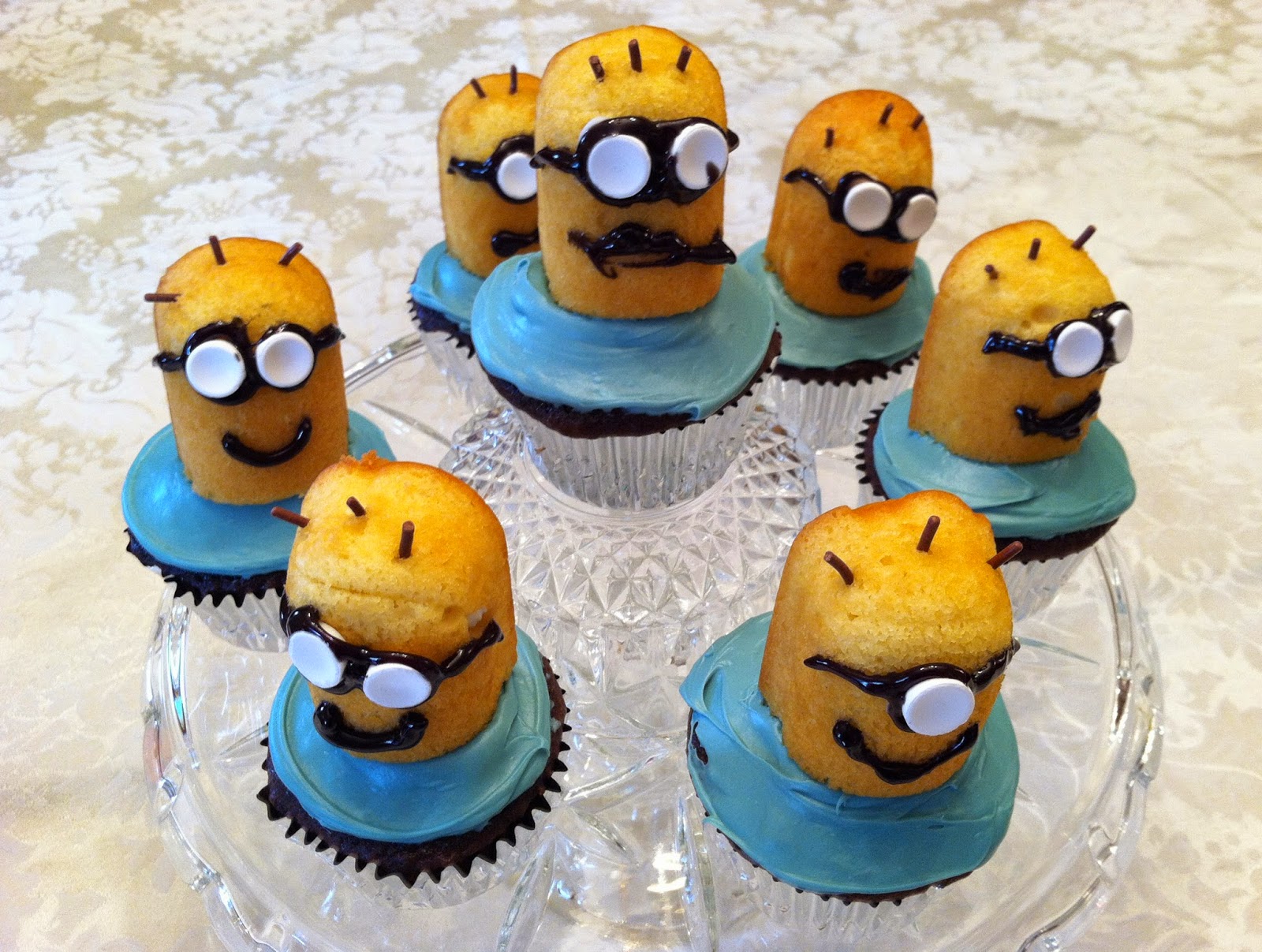 one of the very coolest things about my sister** is that when her kids want to make something, it really *IS* the kids doing as much of the work as age, ability and safety will allow. obviously amie guides them in choosing projects that are attainable for them and she's definitely hands-on supervising the entire time; but the kids are reading (or listening carefully to) the directions, measuring and mixing ingredients, setting the timer for the baking process and... best of all... decorating the finished masterpiece! everyone's favorite minion cupcake from the party last year was the one in the middle of this picture, he of the dashing mustache! he was, in fact, matthew's first attempt at a smiling mouth. there was a brief moment in which it was possible that a just-turning-six-year-old baker miiiiight have been a bit disappointed with the slightly wonky result until his sous chef/mama suggested he put another little line beneath, and make it a MUSTACHE! because in minion-making, and indeed in life, perspective is everything, darlings!!! :)

*for those of you who don't crochet, let me essplain that every color of yarn and virtually every cake-n-minion part you can see in the photo represents a different, separate and often tiny (!) piece of crocheting that needed to be stuffed, sewn on and have its two ends securely woven in. this process literally took an entire evening! yowza! hard to argue with the results, tho! aloha, minion dave!

**admittedly, she's an elementary school teacher with a master's degree in early childhood education, but also she's just an AMAZING mom by any conceivable standard. ♥
Posted by lauren bergold at 12:00 AM

Email ThisBlogThis!Share to TwitterShare to FacebookShare to Pinterest
Labels: amigurumi, things made of yarn