assembling a ransom note is more work than you'd think!

just as well i didn't have a desire to excel in the fields of kidnapping or bank robbery, eh? for one thing, the letter V is thin on the ground of magazine publishing. ...who knew...? also, it's harder than you might realize to assemble a mix of fonts with enough variety to be visually interesting whilst remaining clear and easy to read. (though possibly such stylistic considerations are less important to the professional ransom-note writer.) meanwhile, here are some new DPPs, including #48: ransom note! 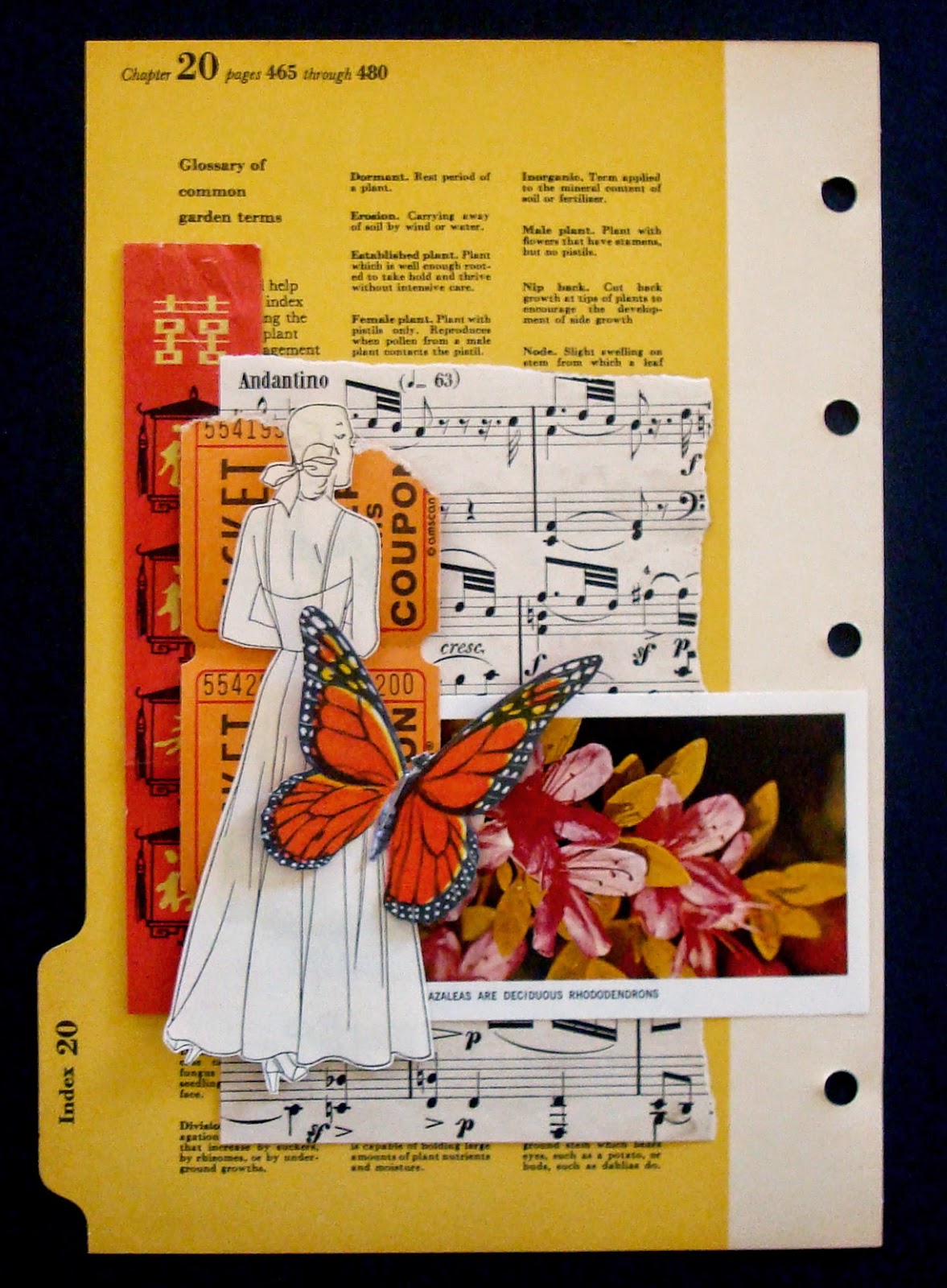 dpp046: stapled collage
this was the prompt i guest-hosted at daisy yellow last year! i was totally thrilled to be asked by tammy, and i love that my idea is now part of the official DPP rotation. this one came together super-fast, i found almost everything i wanted as i was flicking through a box of vintage bits and bobs. i did cut the sewing pattern lady out specially, and the sheet music is from a VERY old, completely falling apart, coverless music book that one of the volunteers at a recent library booksale very kindly put aside to save especially for me! thanks, phil, it's totally my favorite! 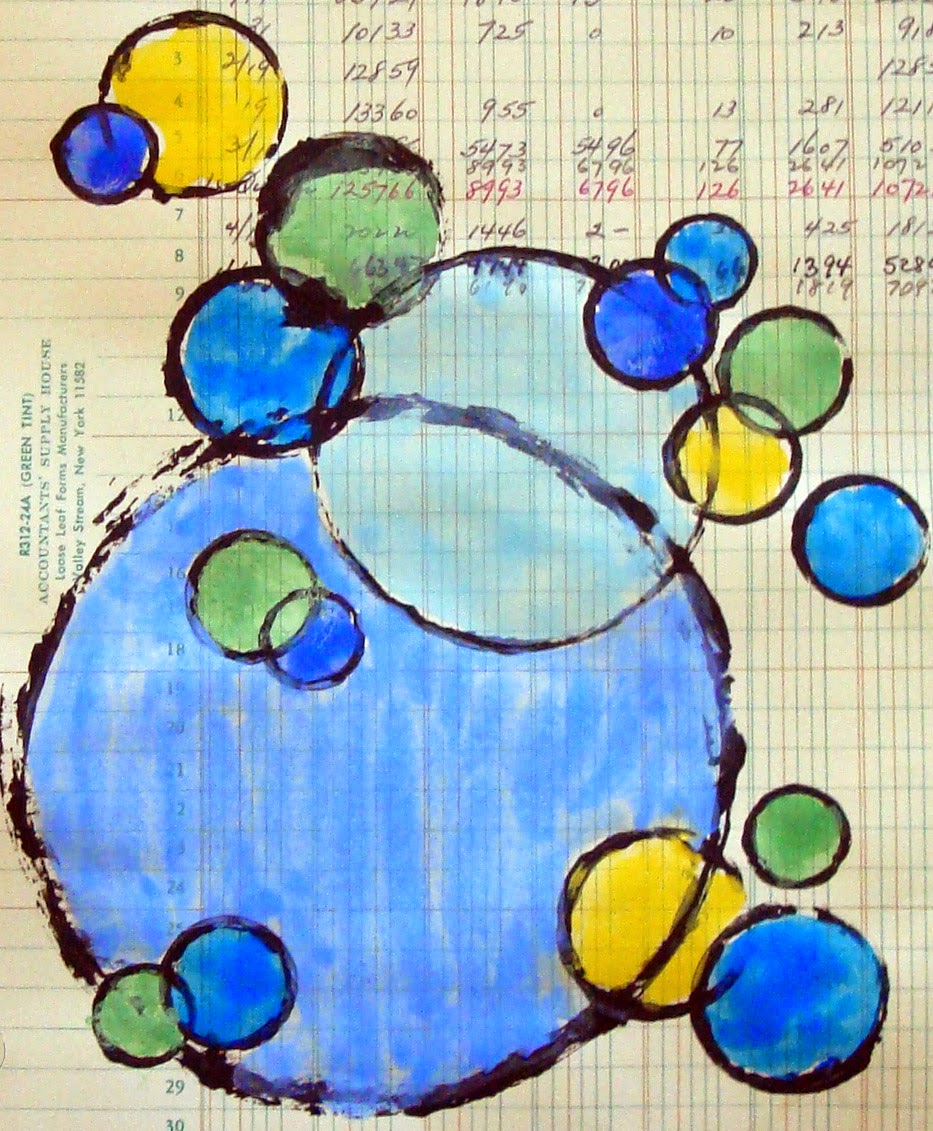 dpp047: stamping circles
i used a bunch of jar lids out of our recycling bin for this, plus some black craft paint that had gone too gloppy for brushing on, but was awesome for stamping big textural circles; i filled them in with messy watercoloring. 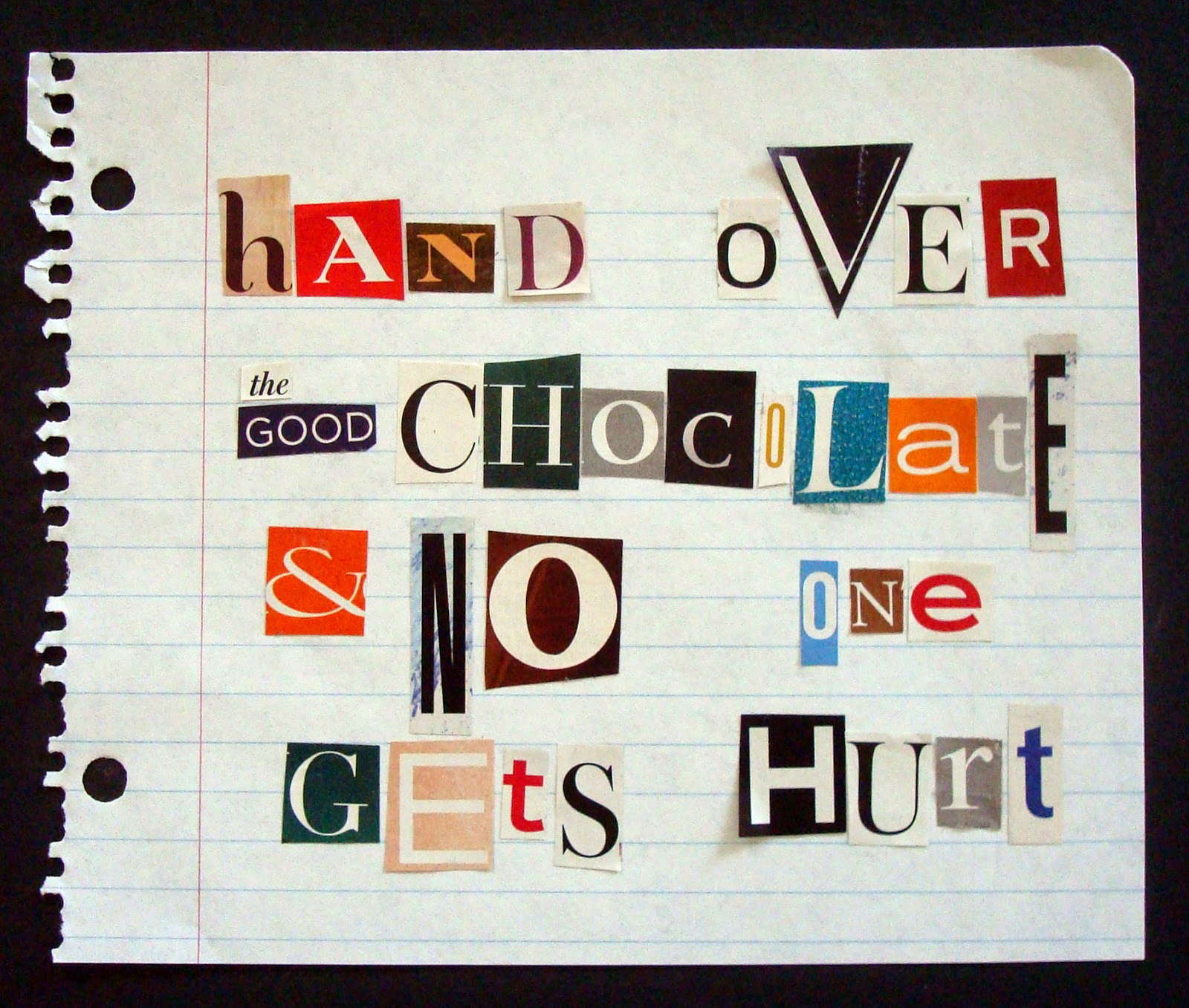 dpp048: ransom note
i suppose the advent of digital technology has probably done away with the traditional ransom note? do modern kidnappers text their demands using an untraceable cellphone, or perhaps make a youtube video? "hey larry! our clip has 17 likes from the FBI!" 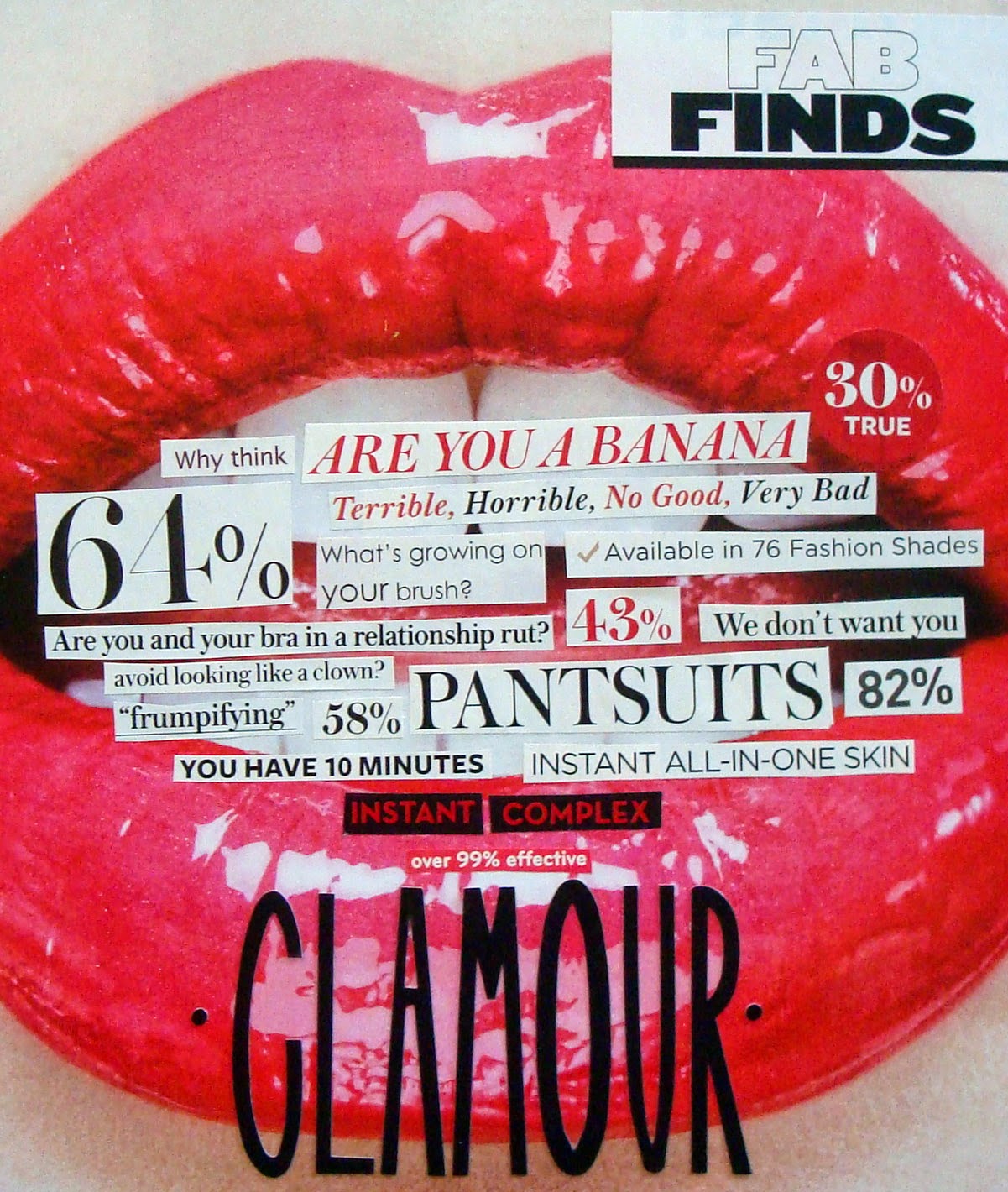 dpp049: vogue (sort of)
i wish i had put the magazine's title-- "clamour" --at the top, despite the fact that there was a little text from the original page that needed to be covered up, but otherwise i kind of like this. 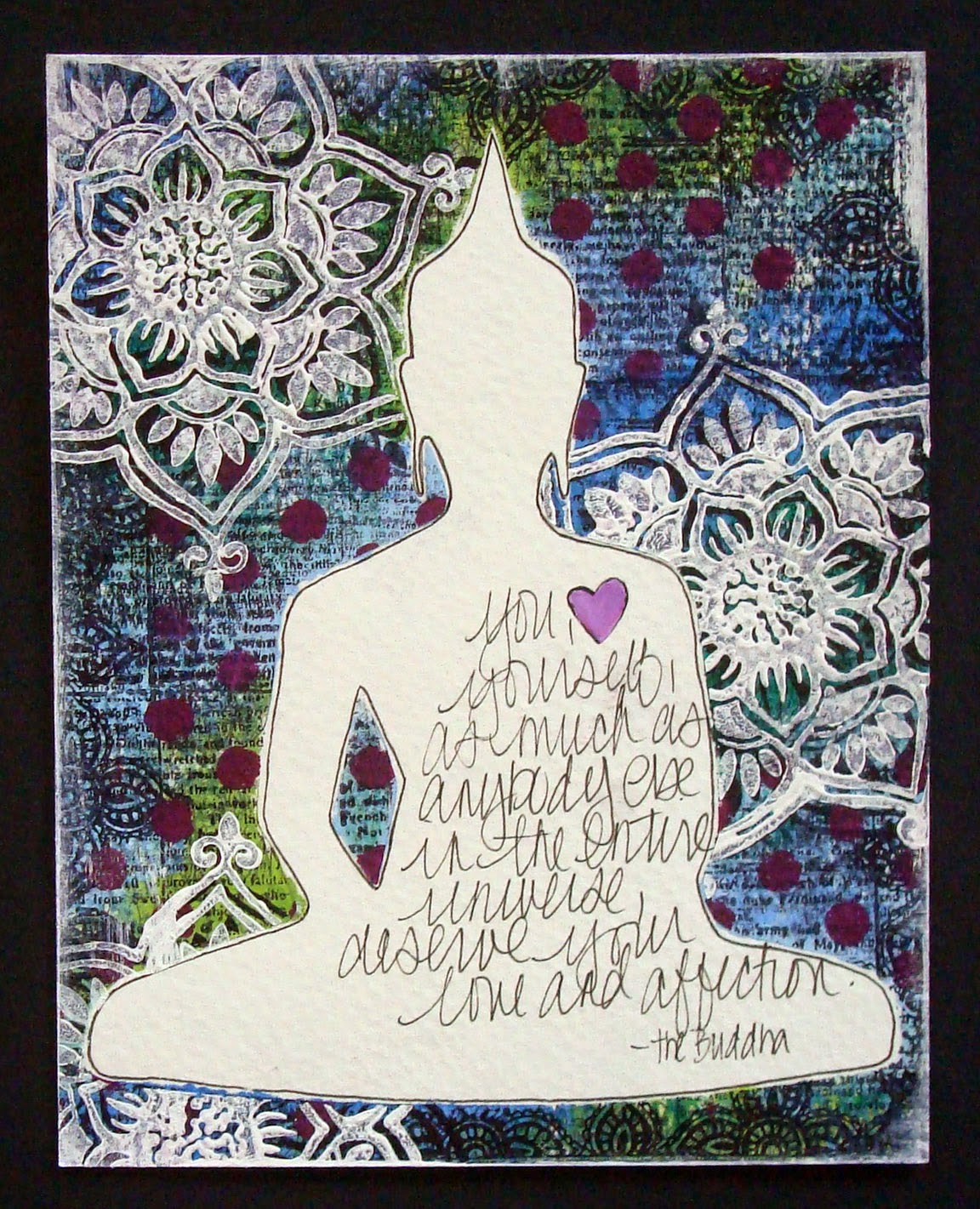 dpp050: neegative space
guest hosted by jana bodin
ok, yeah, i cheated slightly by putting my text inside the negative space, but i realized after i got going that the buddha shape was proportionately too large to do anything else. it looks cool, though... 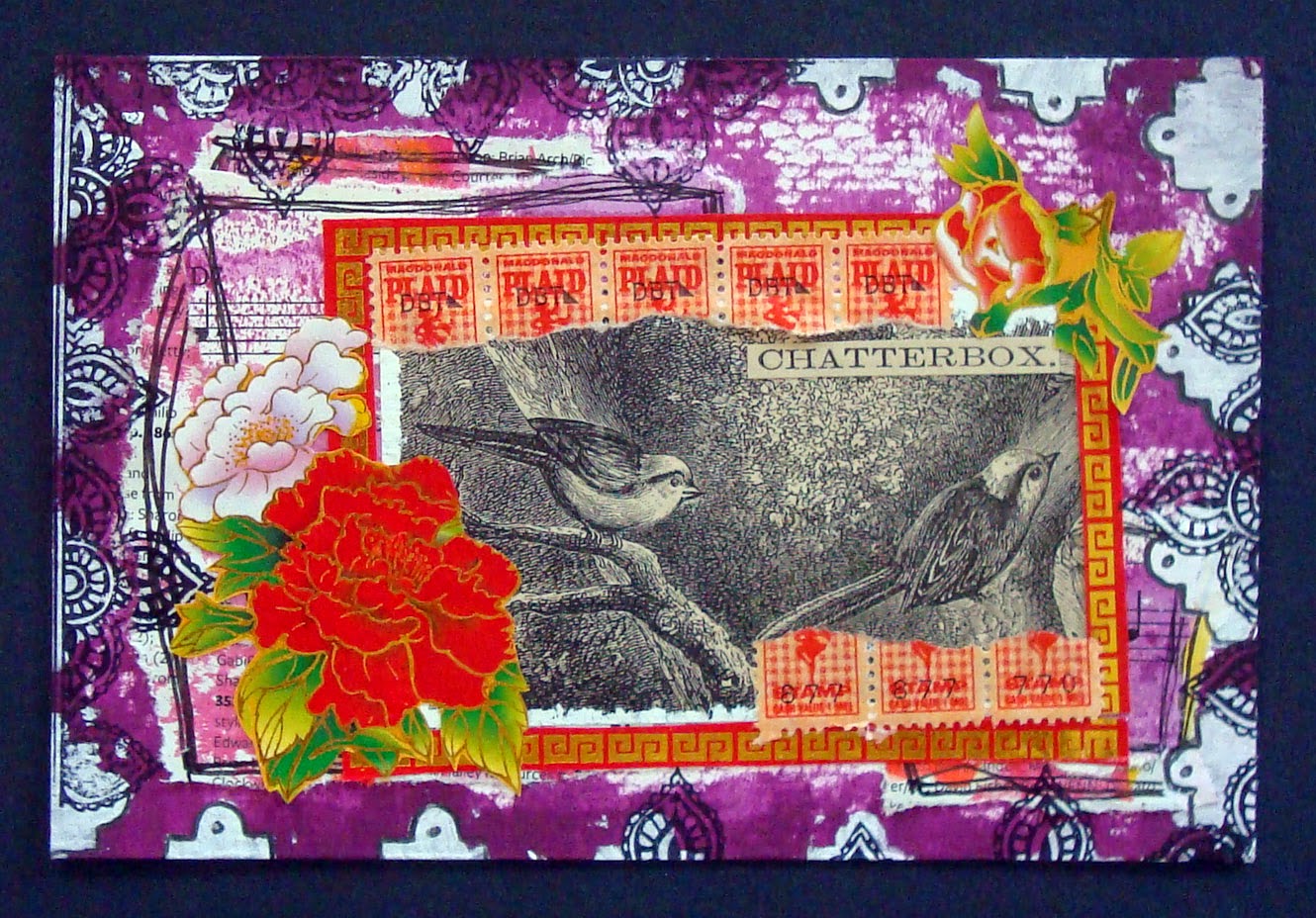 dpp051: borders
guest-hosted by kim hesson
in retrospect, a 4x6 card was probably too small to hold all of the different border ideas i wound up using, but kim hesson came up with so many cool examples, i wanted to try them ALL! (so i did, as you can see!) 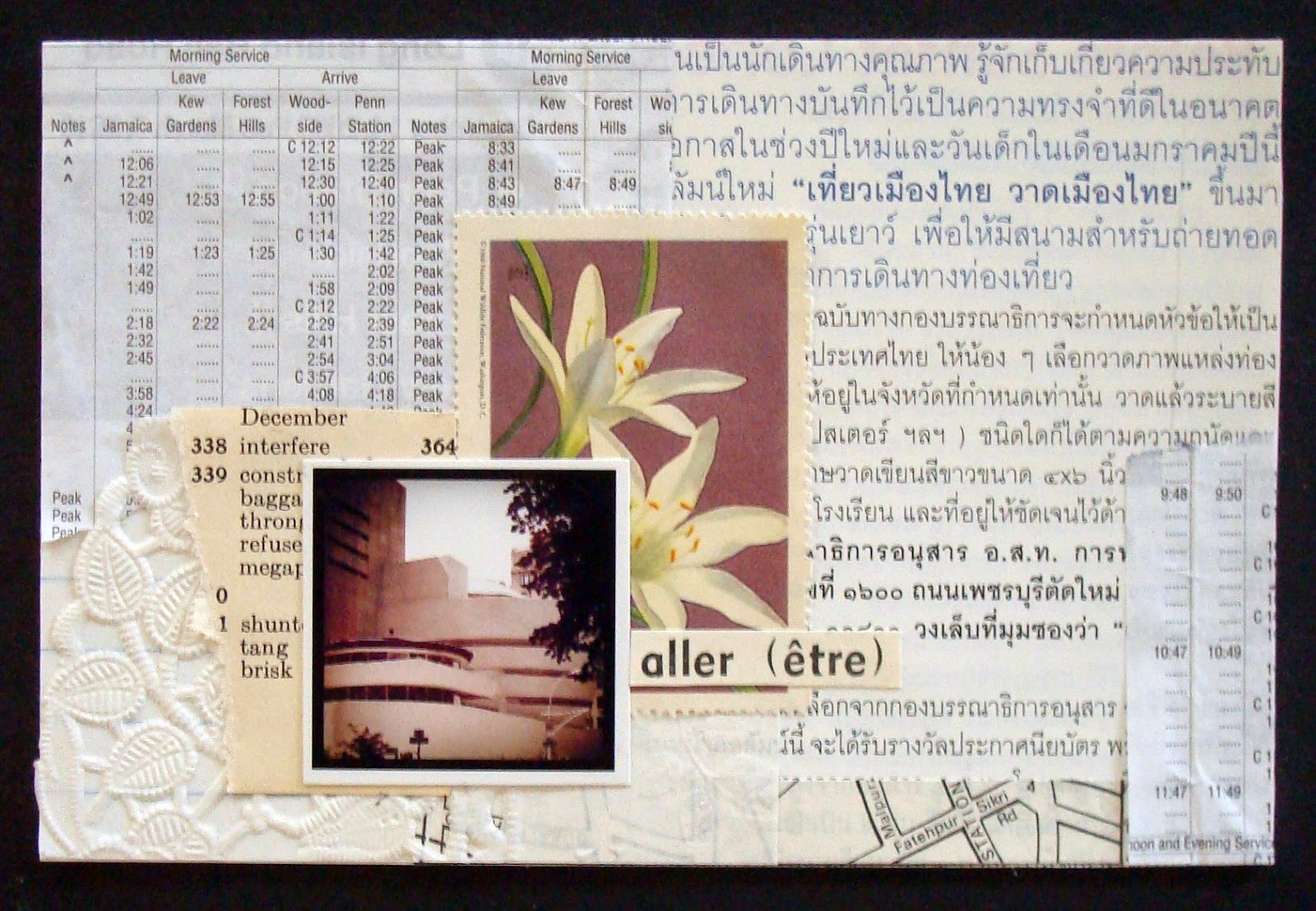 dpp052: white page
a pretty simple collage of random "white stuff" that was nearby. one of the ways i "fill up" a page of photo paper (or sticker paper or inkjet transparency) is to add random images like clip art, digital papers and instagram photos. at the time of printing, i had NO IDEA how i'd ever use a 1.5x1.5" photo of the guggenheim, i just liked it... 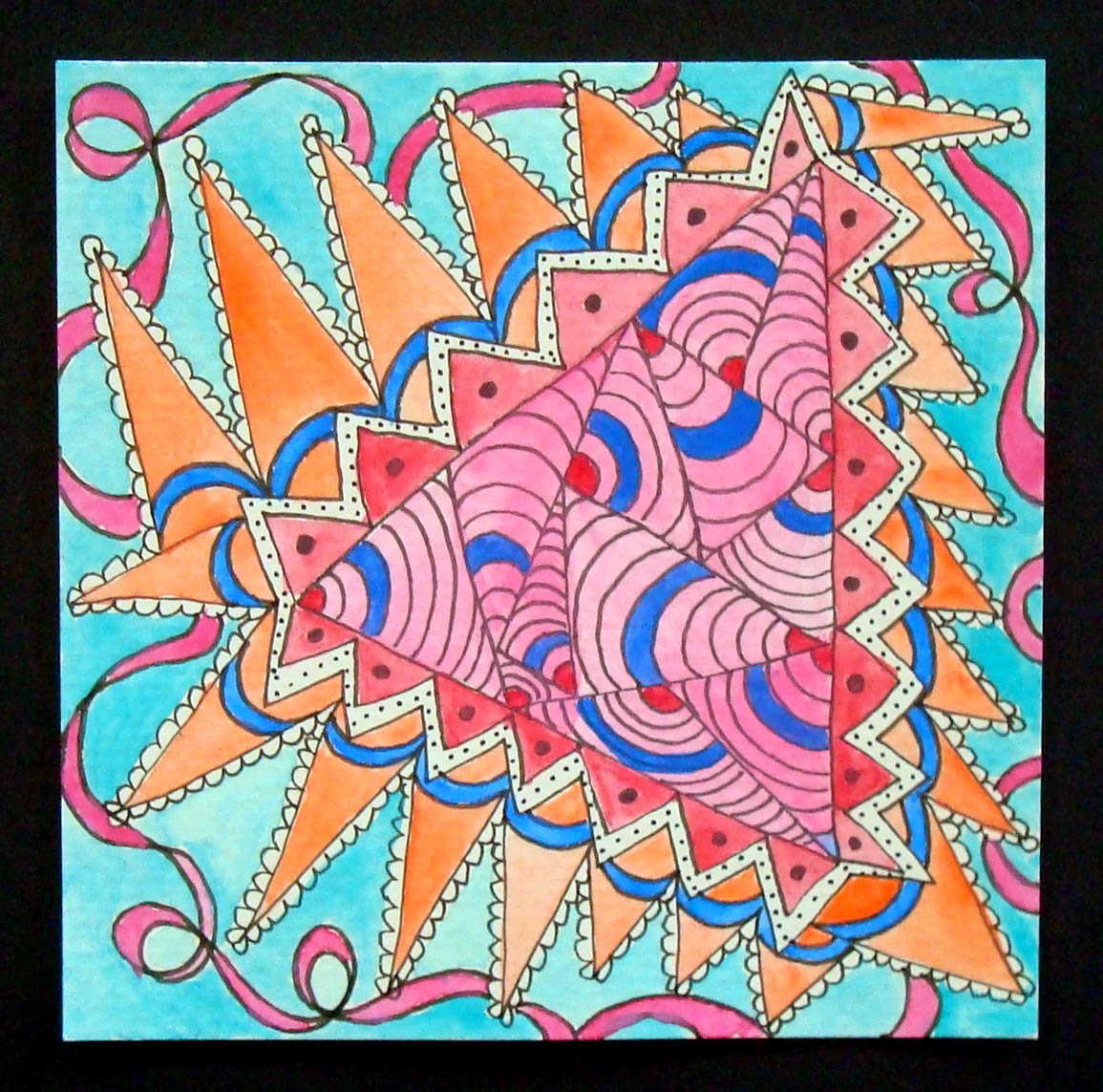 dpp053: triangles
guest hosted by denyse whelan
having been pleasantly surprised by the unexpected coolness of a *square* mandala earlier this summer, i thought a triangle-based one might also turn out fab. i still believe that to be true... it just didn't happen this time, lol! :) totally fun and engrossing to draw and paint though; which is the main thing, right?
Posted by lauren bergold at 12:00 AM