in the mood for a brace of romantic anniversary cards? awesome, because that's what i have today! lately i've been making quite a few pairs of cards which are similar, but different. mostly because i've been running a bit behind in my card-sending duties, and it's really time-saving to use the same set of supplies for more than one project, isn't it? here's the first:

i was inspired by the white-on-white goodness of case study #210, as well as the banner and the metallic sparkly elements-- (though mine are more silvery than gold). 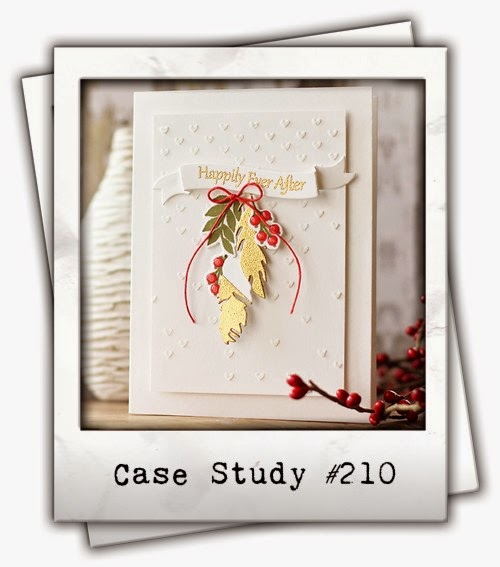 my second card is closer to the colors of the inspiration card, but i think i morphed quite a bit further away from the spirit of the design by adding a little bit of loose paper weaving and a lot of machine stitching: 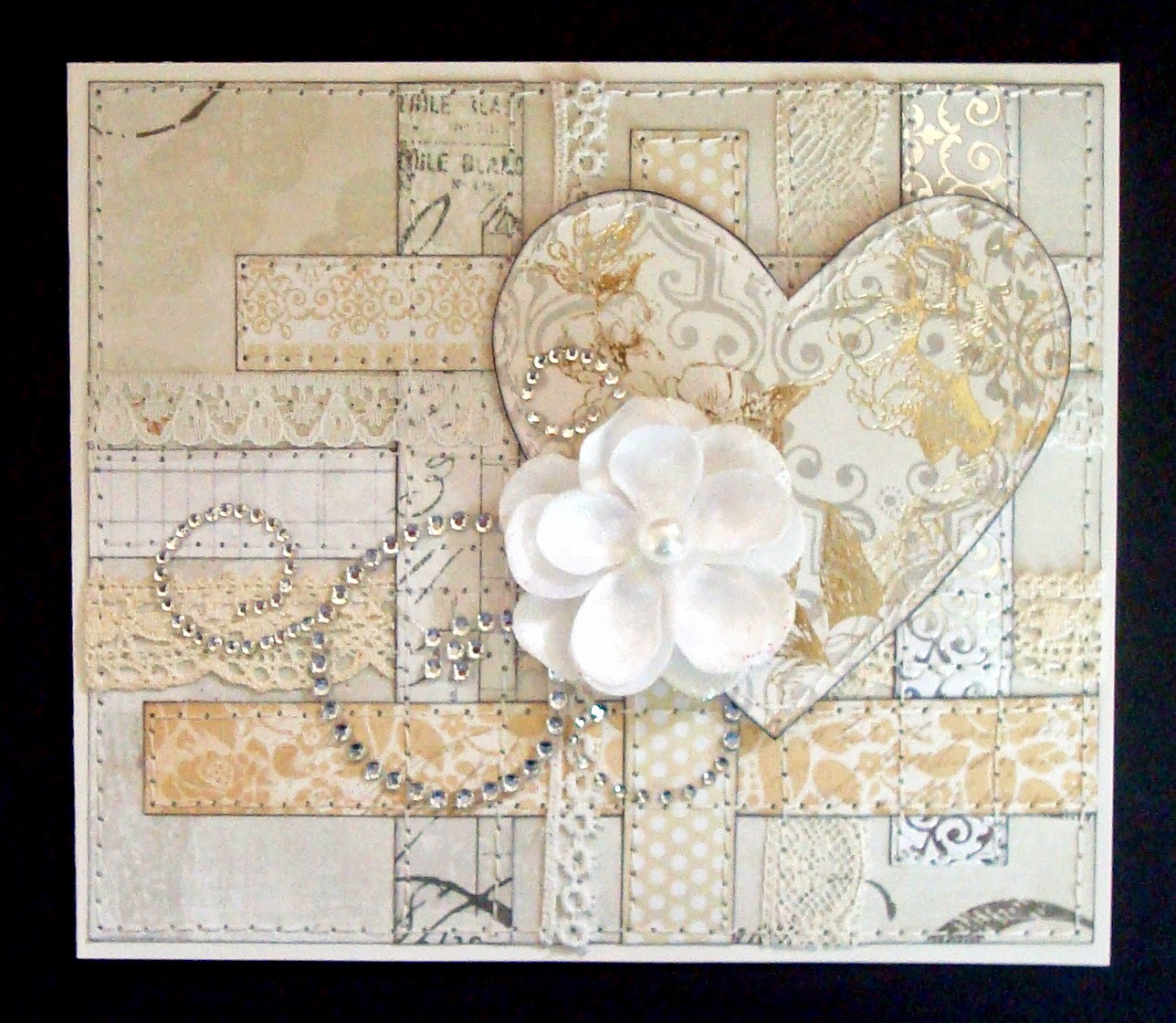 i had intended to place the heart in the center of the card; and i'd cut out a little banner sentiment for this one, as well, but i couldn't make it fit comfortably along with the flower and the rhinestone flourish. obviously, me being me, given a choice of leaving off the sentiment and leaving off the bling, it didn't take long for me to ditch the sentiment, lol! plus, it allowed me to "save" something for the inside, so it didn't go to waste.

speaking of waste, it's an autumn sunday that's not actively raining out; my plan for the next month or so is to sneak in as many outside exercise walks as possible before being relegated to the treadmill for the entire winter, so ciao for now, darlings! ♥
Posted by lauren bergold at 12:00 AM