...and i'm pretty proud of that, actually. because it's soooooooooo tempting to stop while an experiment is going well, isn't it? but then you never make the awesome NEXT DISCOVERY! of course, sometimes the next discovery is, "there's waaaaaaaaay too flippin' much stitching on this!" which doesn't make it any less awesome to have been discovered. because that's the whole point of art journaling, generally, and the daily paper prompt, in particular. so here are a few new ones: 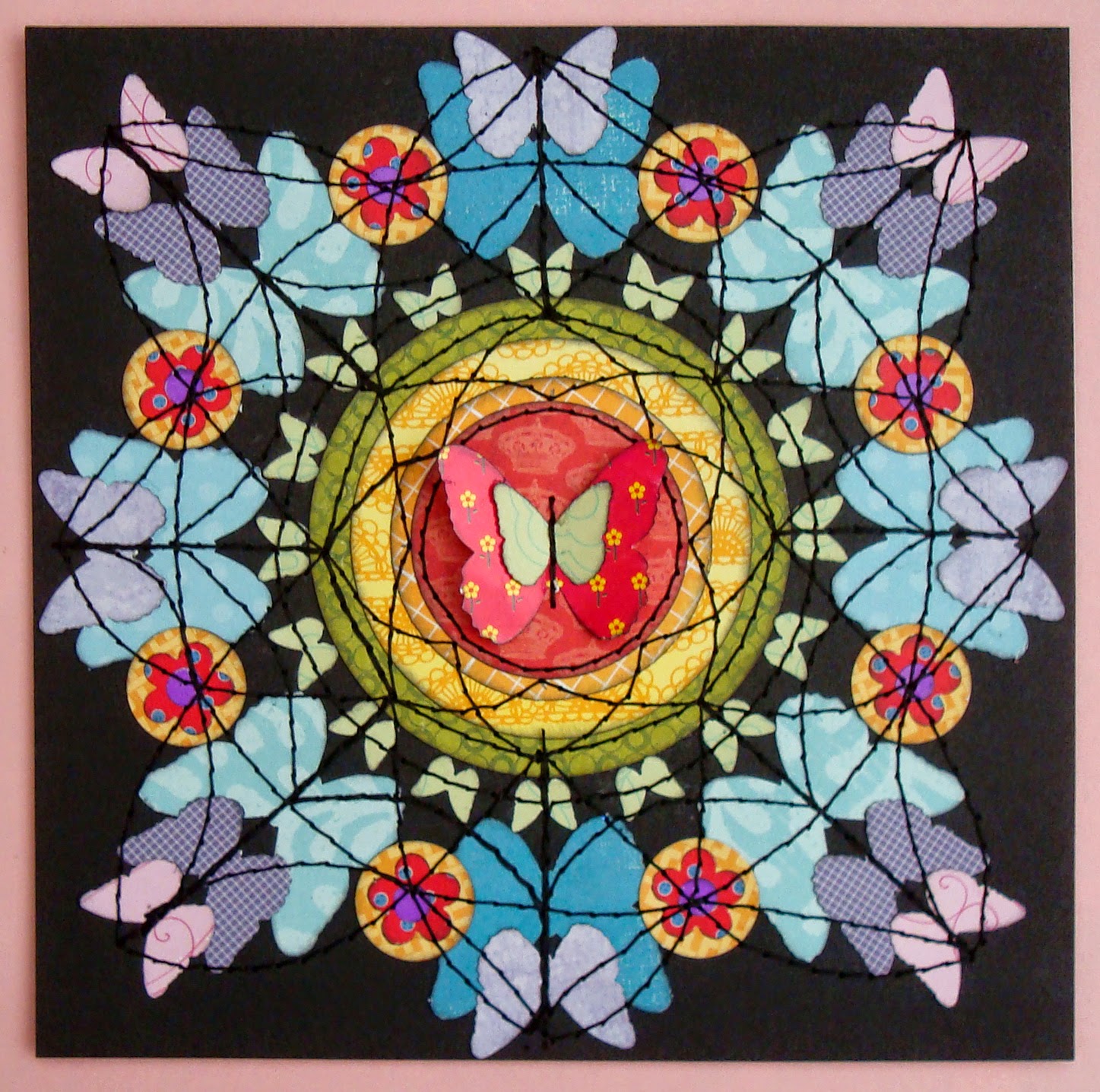 dpp-021: punch a mandala
ok, strictly speaking, the prompt was STAMP a mandala, but it was late and my stamps were in another room and my circle and butterfly punches were sitting right next to me; i plead self-defense. (and it really does give a similar effect!) the grouping of the punched shapes and the colors were cool. the first layer of stitching made it even better. the second layer of stitching... not so much... but process is more important than outcome, so i'm callin' this a BIG WIN! :) 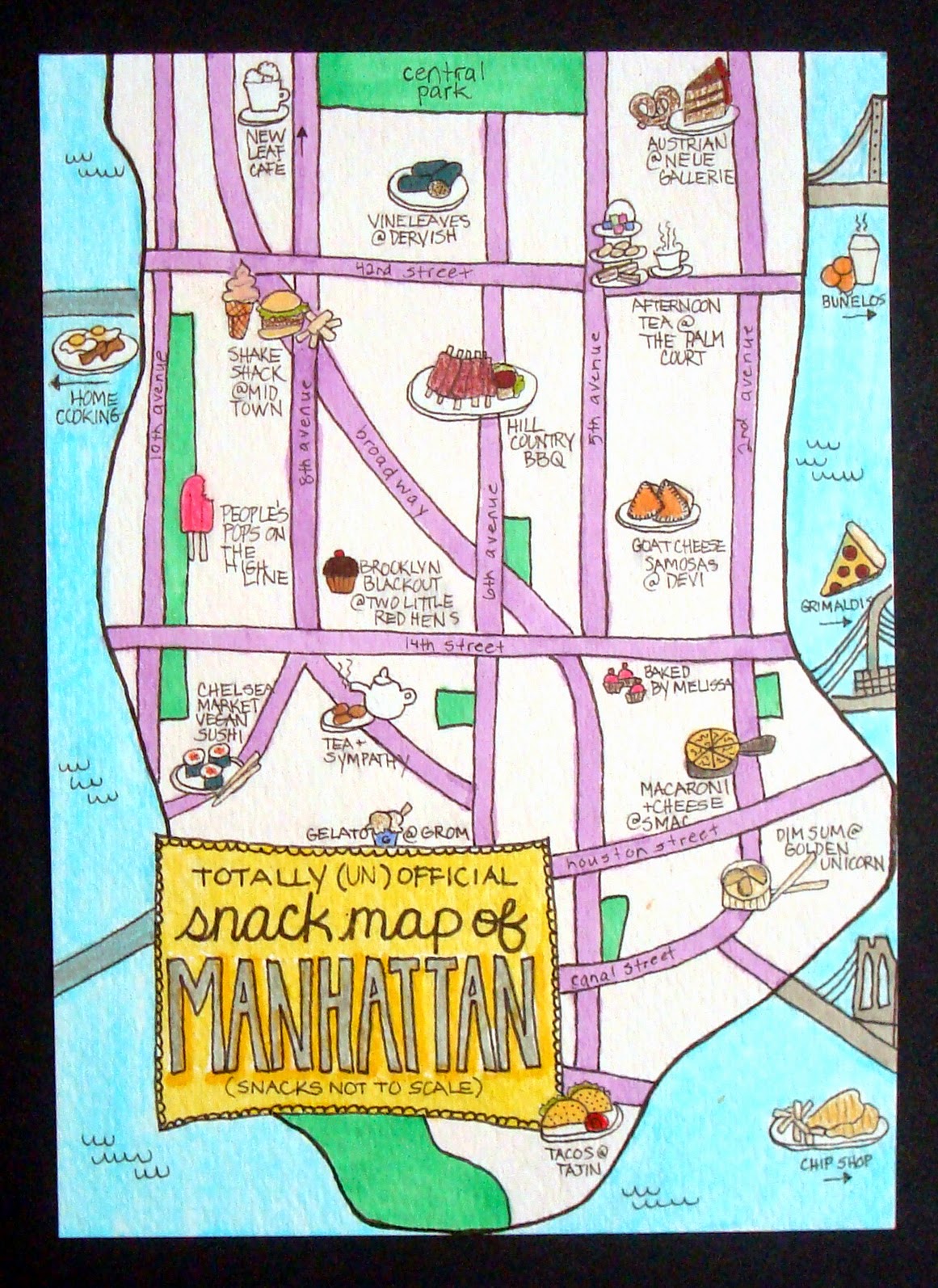 dpp-022: mapping
i very nearly didn't do this one. or at least, i was planning to make a collage. because as much as i looooooooooooove hand-drawn maps, one thing i knew for sure when i sat down is that i couldn't draw one. until i did!!! ok, yeah, i'm never going to win any prizes for realism or steadiness of hand. but it turns out i really ♥LOVE♥ drawing, and i really love this, my officially unofficial snack map of manhattan!* (and yes, for the record, these are all real snacks available at the named venues which are more or less where i've placed them in lower manhattan!) 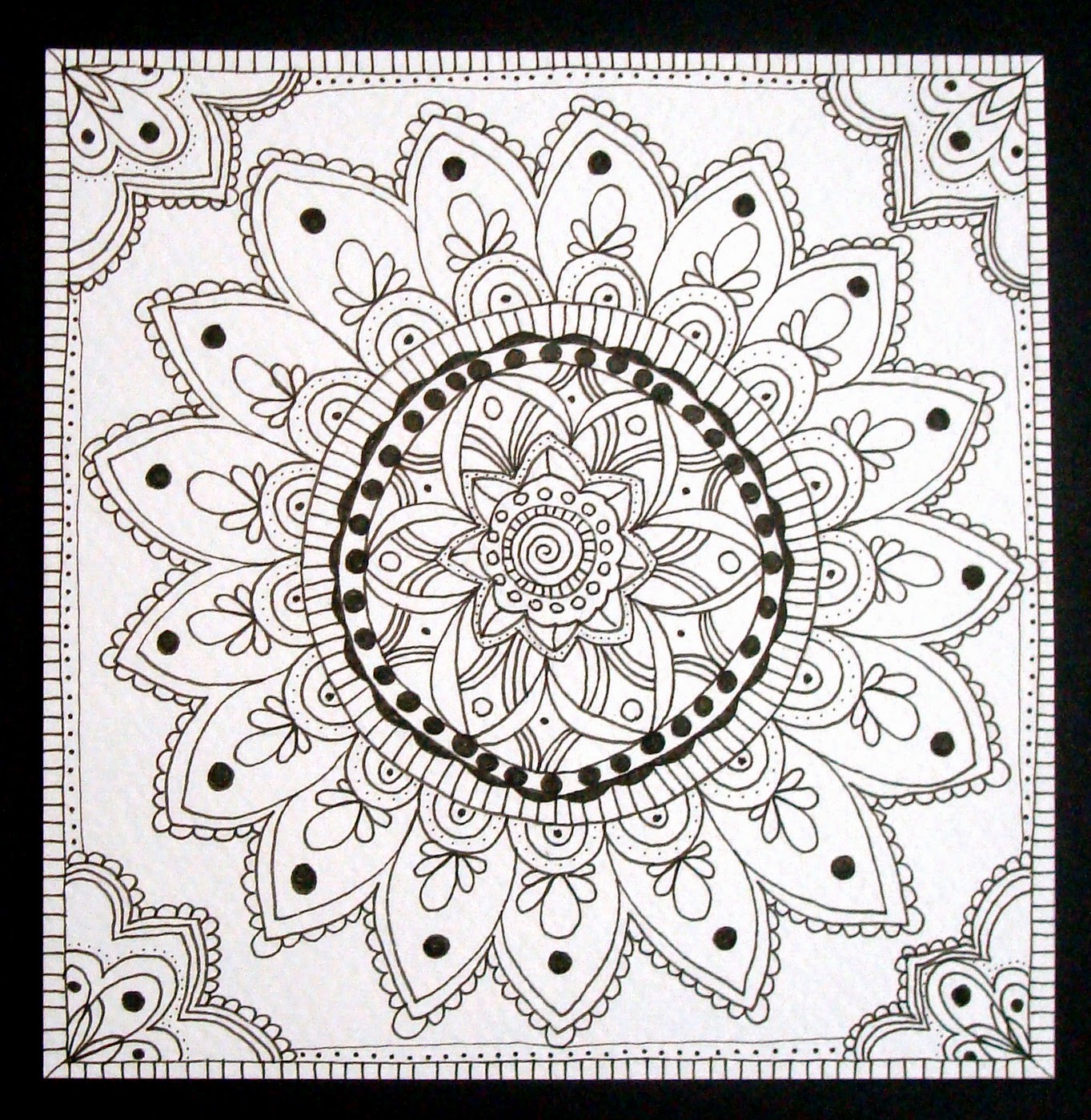 dpp-023: draw a mandala
something hitherto unsuspected that i learned the summer before last, via ICAD: i can draw mandalas and i really enjoy it! who knew?

*coming next week: the sweets of san francisco!!! :) (just kidding!) (ok, i was kidding, but we did have some AWESOME food there, too. hmmmmmmmmm...)
Posted by lauren bergold at 8:46 PM