i know for a fact that every day, week and month of the year consistently and unwaveringly takes up exactly the same amount of time as every other day, week and month of this (or any) year. having said that, july positively flew by at light speed, didn't it?! with the coming of august, we've transitioned out of the index card a day project and embarked on an equally cool tradition on the daisy yellow art blog, namely the daily paper prompt, in which miss tammy will give us a suggestion for something we can do each day to keep up our art journaling habit!

after 61 consecutive days working on 3x5" index cards, it's awesome to have the freedom to work at any size or shape that takes my fancy. on the other hand, in some ways, more choices can be overwhelming. i'm trying to stay loose, work fast, and not get bogged down in decision-making. i want to stay process- rather than outcome-based. having said that, i really like how day one came out, and it must be said that having a really cool first page in any new journal or collection is pretty motivating! :) 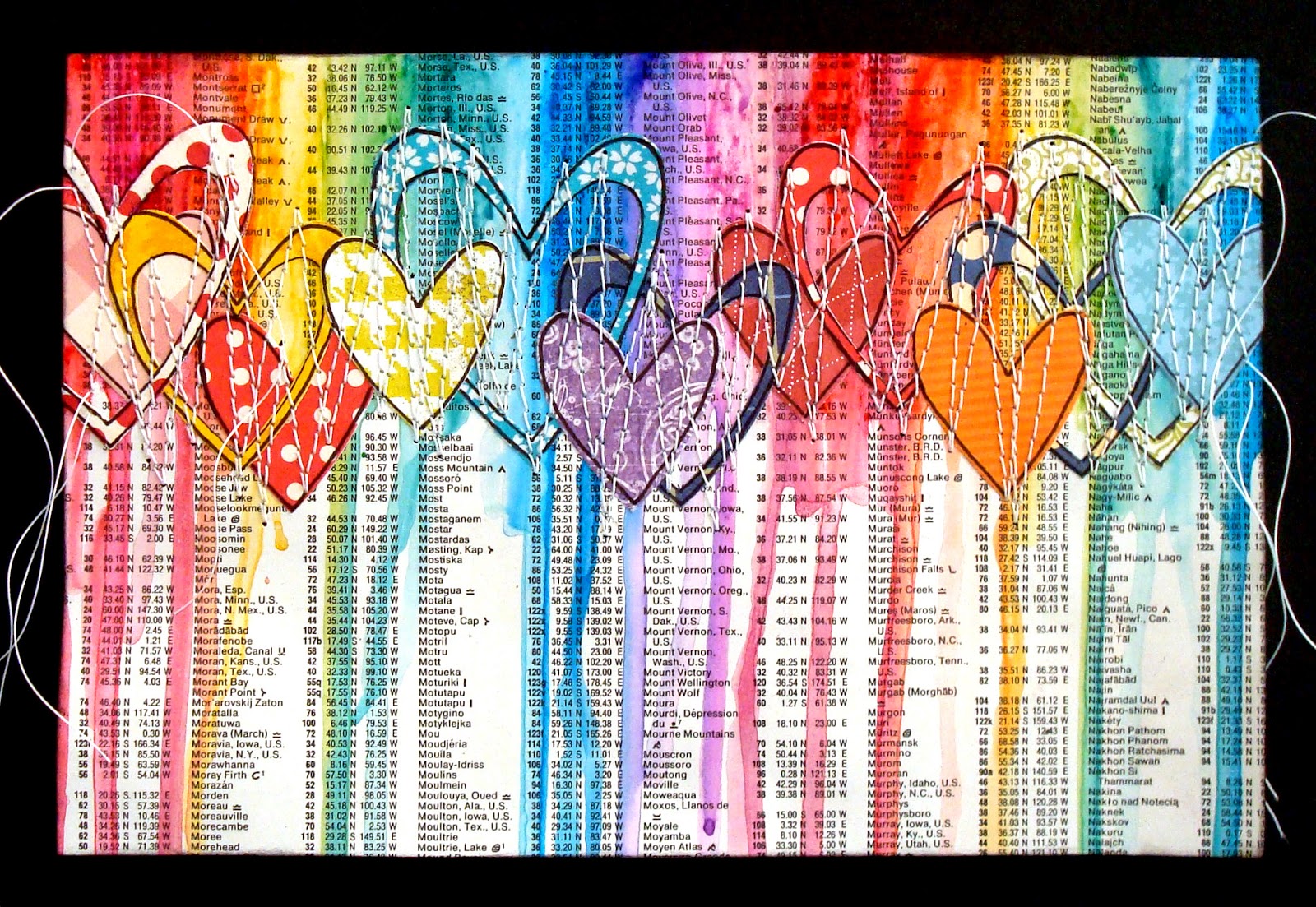 dpp001: paint a rainbow
i scribbled water soluble wax crayons in the order of the spectrum, and blended them with a really really wet paintbrush to make them run. then i added some hearts diecut from rainbow colored scraps. in retrospect, i realize this would look better with the stitching horizontal rather than vertical, which is AWESOME... i'm so glad i did the experimental thing instead of tried-and-true!!!

dpp002: windows
ok, you caught me, there's nothing fast or loose about this one; it became a full-on graphic design extravaganza. you can't say it isn't experimental, though, because for me minimalism is the ultimate challenge. another smudgy rainbow, seen through a cloud-punched piece of white woodgrain cardstock, mounted on grey patterned paper. and for the record, NO, not every single dpp is going to have a rainbow. at least... i don't think so... hmmmmm...

oh yeah, i almost forgot AGAIN to thank everyone for the awesome comments about my new header! midway through ICAD i thought it'd be fun to have a photo of all my cards sprawled out on the table. i liked it so much, i decided it should be my header for the rest of the summer. it's by far the simplest one i've ever made: just the photo with text on top. the fab grungy font was free from dafont.com and is called 4990810; i made it look sparkly using a photoshop layer style called "over the rainbow glitters" by studio flergs from sweet shoppe designs. easy, peasy! ♥
Posted by lauren bergold at 5:41 PM