if you've been 'round these parts for a while, you'll have realized that (perhaps foolishly) i rarely re-make an idea i've already done, and i seldom make more than one of the same card; ...EVEN...at christmas time, when i am waaaaaaaaaaaay behind and it would be a really REALLY good idea to do so!!!

but this was a bona-fido emergency (i need two guy cards & i needed them...literally...YESTERDAY!) so last night i made *TWO* more cards like this one from last january. 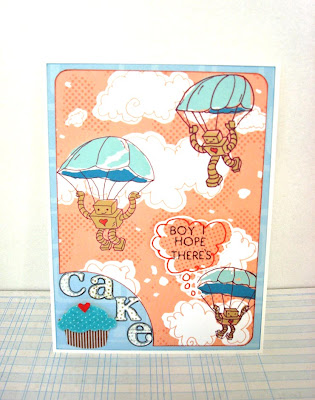 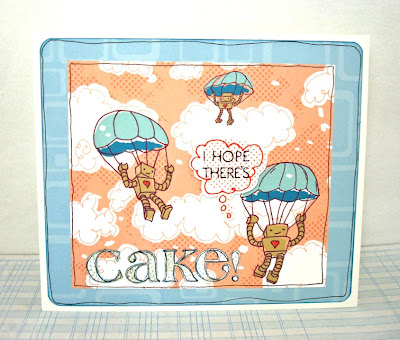 i am either getting lazy, OR... (ooh!) ...i may be evolving to a whole new level of almost diabolical common sense and efficiency! look out, martha stewart: i've got cake *AND* robots-from-space!!! :)
Posted by lauren bergold at 9:18 AM