isn't that a fabulous title... "wooden ships"? i've had stephen stills singing it in my head for days now because it's this week's challenge at shopping our stash. i bet you can't guess what the brief is, so i'll just tell you: make a card or project which incorporates wood veneer embellishments ...OR... which has a nautical theme. see, told ya you wouldn't guess it, but isn't it cool to do something completely different? yeah, i thought so too! i have to confess that i've been slow to embrace the wood veneer trend. for example, i've had this packet of pink paislee wood shapes that are beyond cuuuuuuuuute for at least two years, and hadn't even opened them yet! so this was the perfect inspiration to get me going:


some of the wooden shapes in that collection had little pierced holes around the edges-- including the arrow i wanted to use. i decided that meant you were supposed to stitch around the perimeter with embroidery floss. so i did! :)

my lovely friend amy tsuruta is one of the july guest designers at CASE study, and the current inspiration (#198) is VERY cool indeed, so i had to jump in and play along with that. you can see i was inspired by the sketch, the clusters of smaller items, and the bright colors: 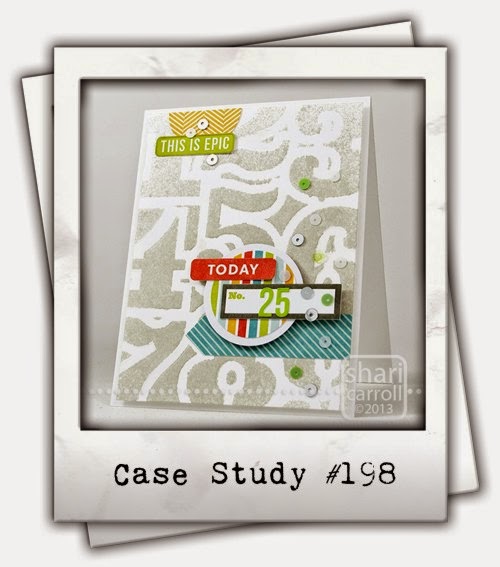 speaking of inspiration there is a ton of it to be found at SOS so why not drop by and get some?! ♥
Posted by lauren bergold at 6:30 AM