i'm sure everyone is positively dying to see a picture of the new path, and i'm here for you, darlings! :) it still needs to be trimmed and sanded (i have very professionally used the yellow extension cord to show where the finished left edge will be) then the adjacent area gets filled in with dirt to make the correct grade, and finally the side yard will be re-seeded with grass. but i think you can see the basic size and shape. my cousin greg, who is an amazing landscaper, is doing the work, and he's been reallllllllllly (really, REALLY!) nice* about "collaborating"... which, in this context, of course means patiently letting me try out a million ideas until i figure out what i want, and then translating that into something that will actually WORK in terms of construction!!! after playing around with various scenarios, we've settled on a 38" width and switched from a horizontal edging to a vertical one, on the grounds that it shows off the herringbone pattern better. i think it's going to be pretty fab when completed, and it's almost exactly like the picture i had in my head, maybe better! :) 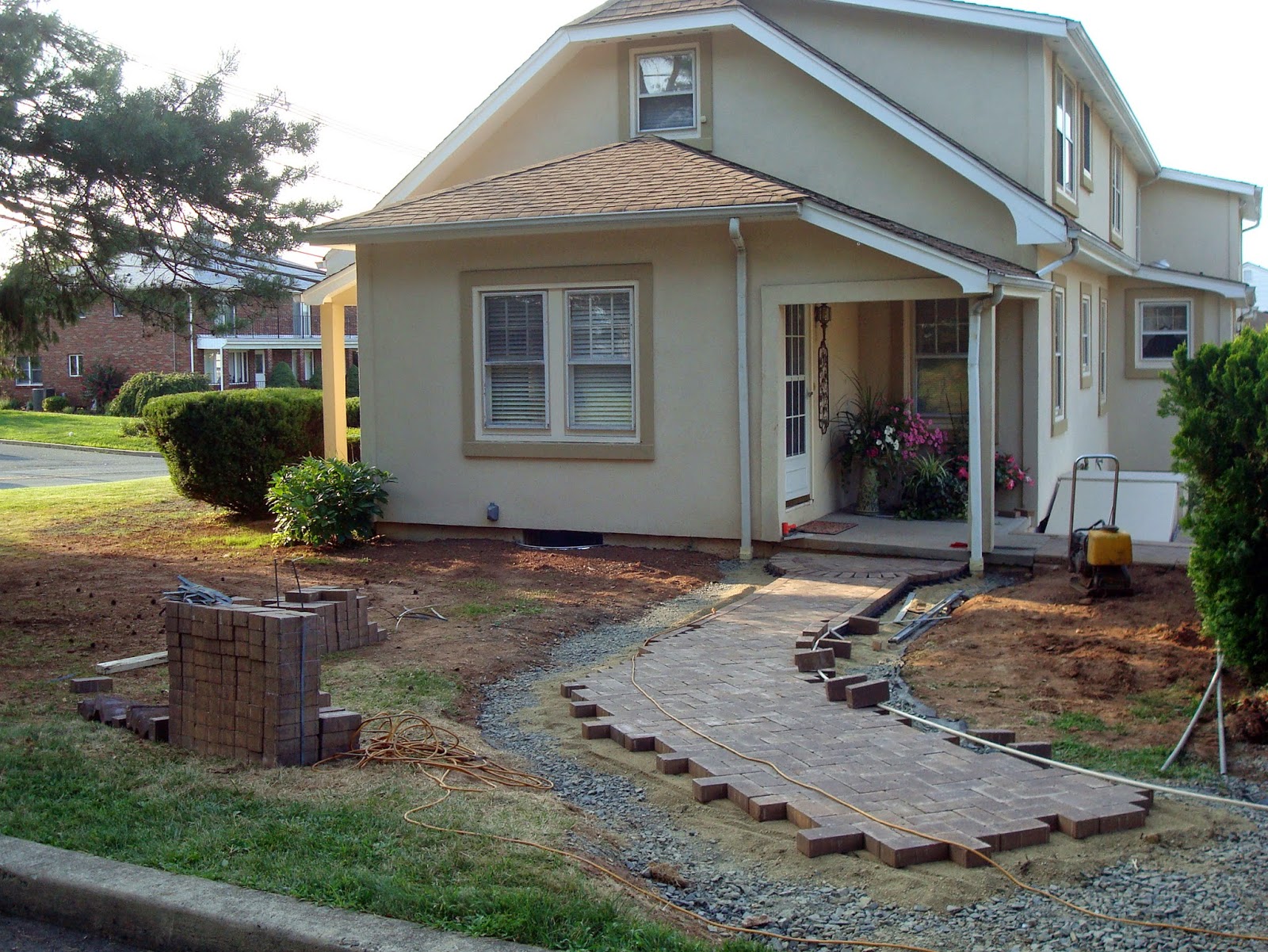 and now the ICADs... we're in the home stretch on that, as well, which is equally exciting! 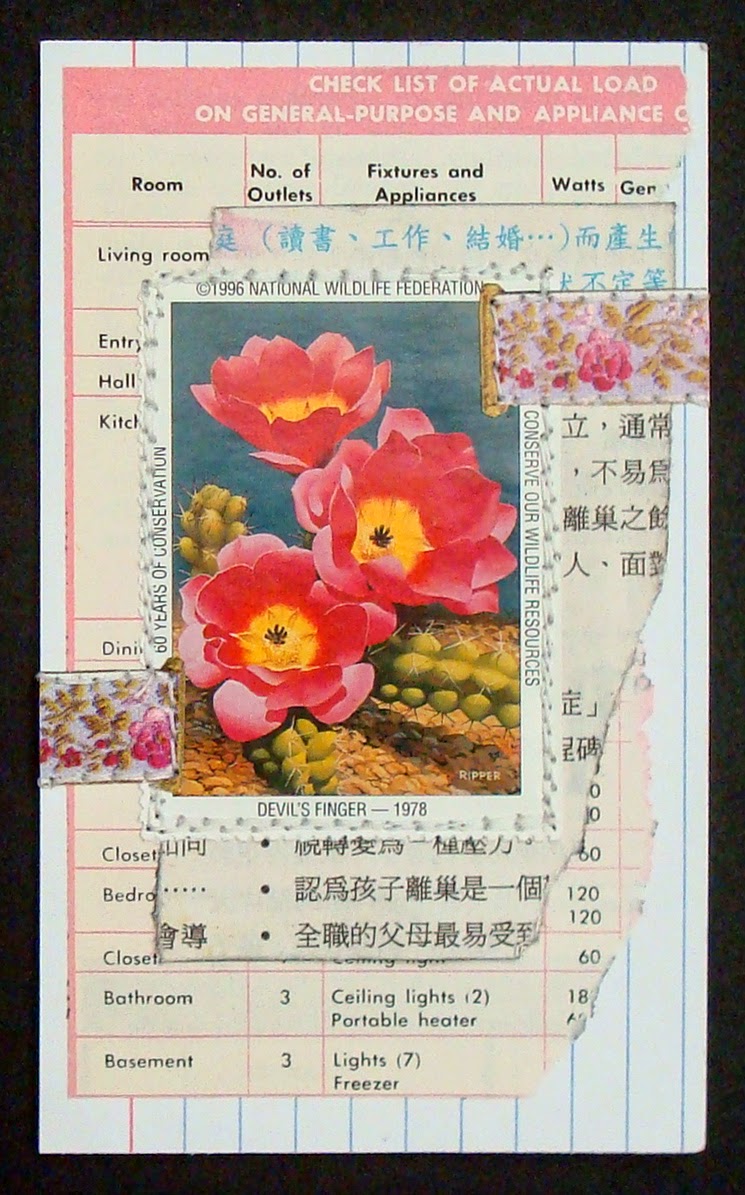 054: cactus collage
not much explanation necessary; my mom gave me some vintage nature stamps recently and i'm fairly well smitten. 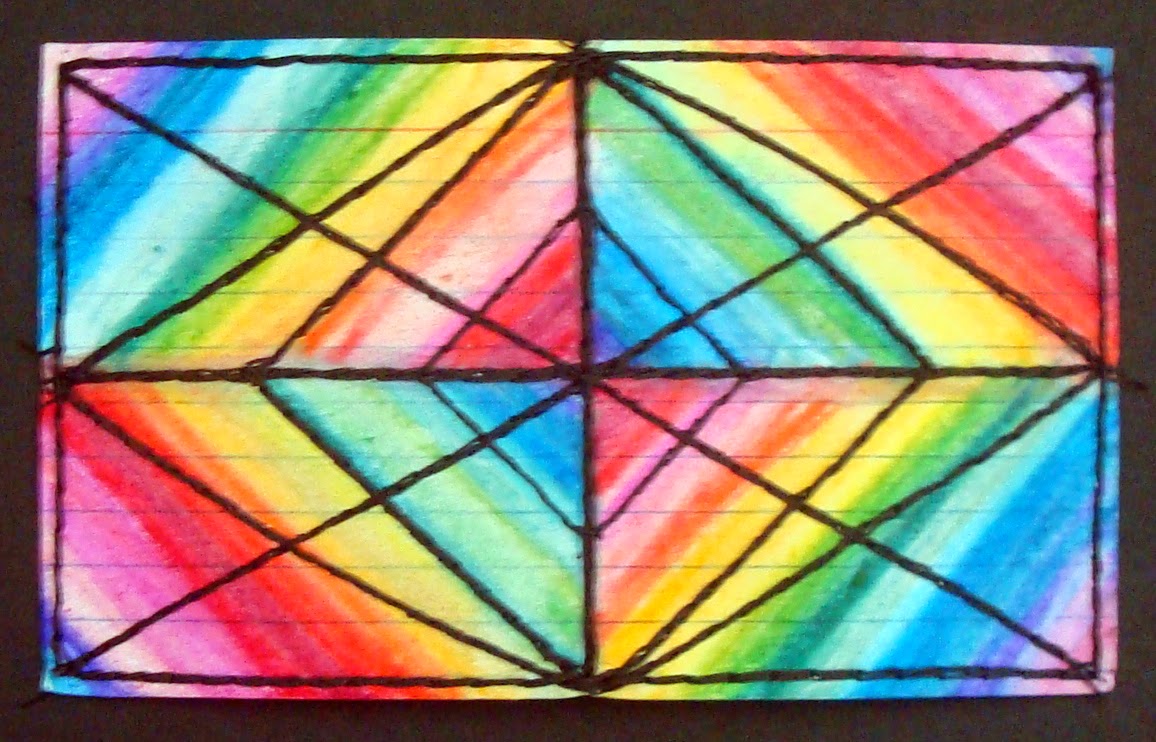 055: jerry garcia tribute card
playing around with water soluble wax crayons and stitching. it's a good combo, though in this case donning protective eyewear is recommended. 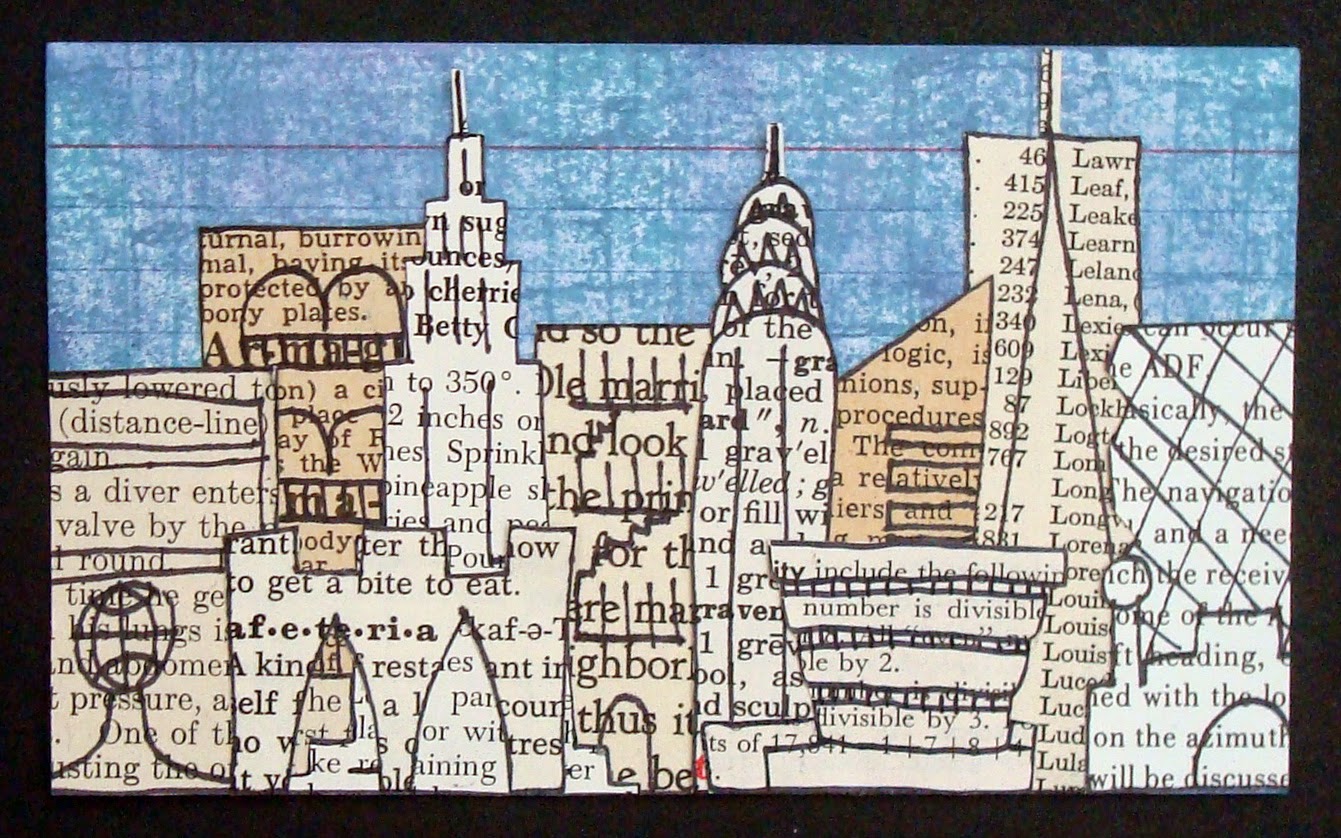 056: texy new york skyline
inspired by some amazing tape on a package the lovely amy t (♥♥♥!) sent me; my version's a little overcrowded for an index card, but i still kinda like it. 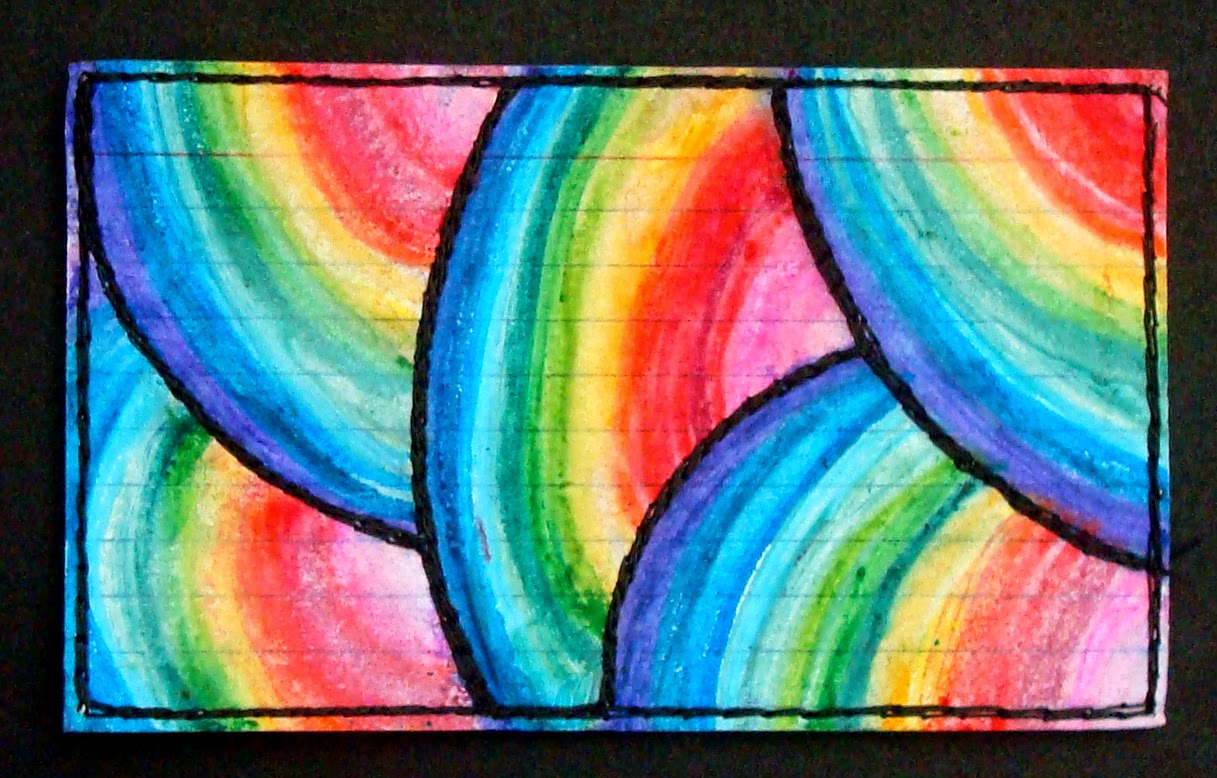 057: rainbow arcs
we spent a couple of days this week (intermittently) working on the arc for the top of the path; clearly i had that shape burned onto my brain!!! :) 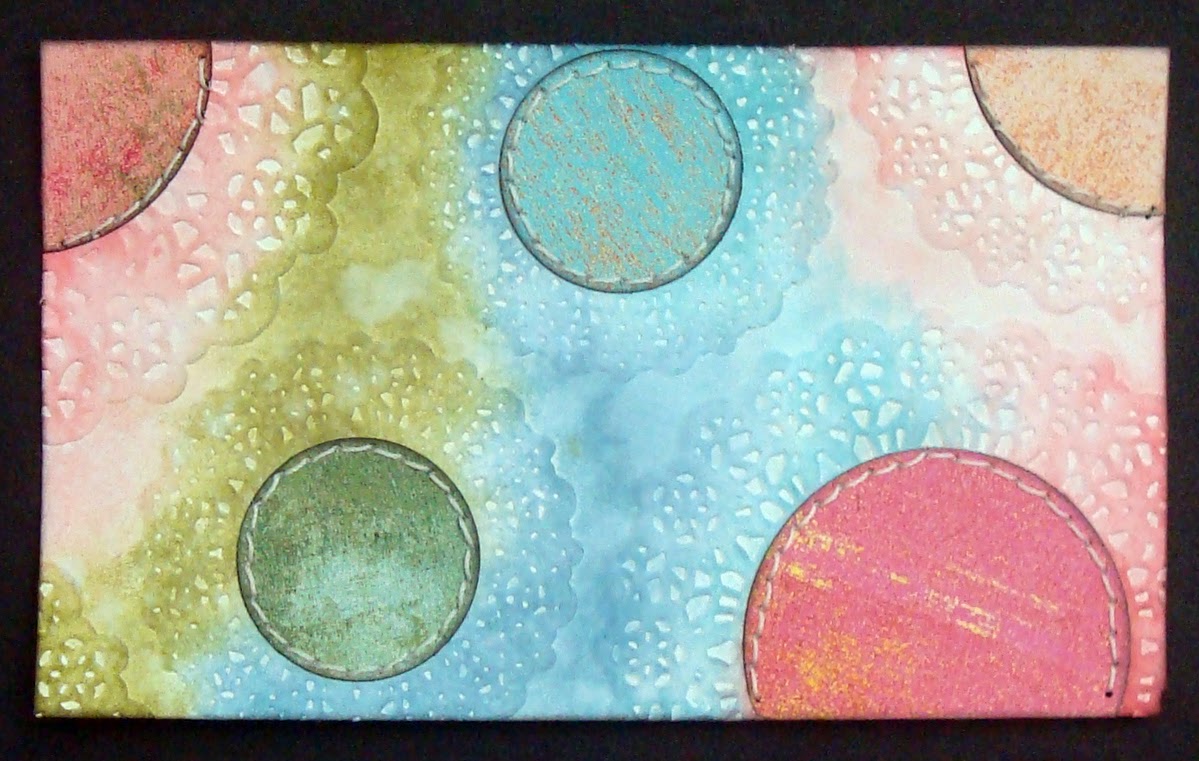 058: inky embossed doilies
there are only a few ICADs i made this year that really just do not like at all... and this is one of them. there are a couple of pretty good ideas here, but they don't gel into anything. and i'm 100% ok with that, failure should always an option for creative pursuits, imo! 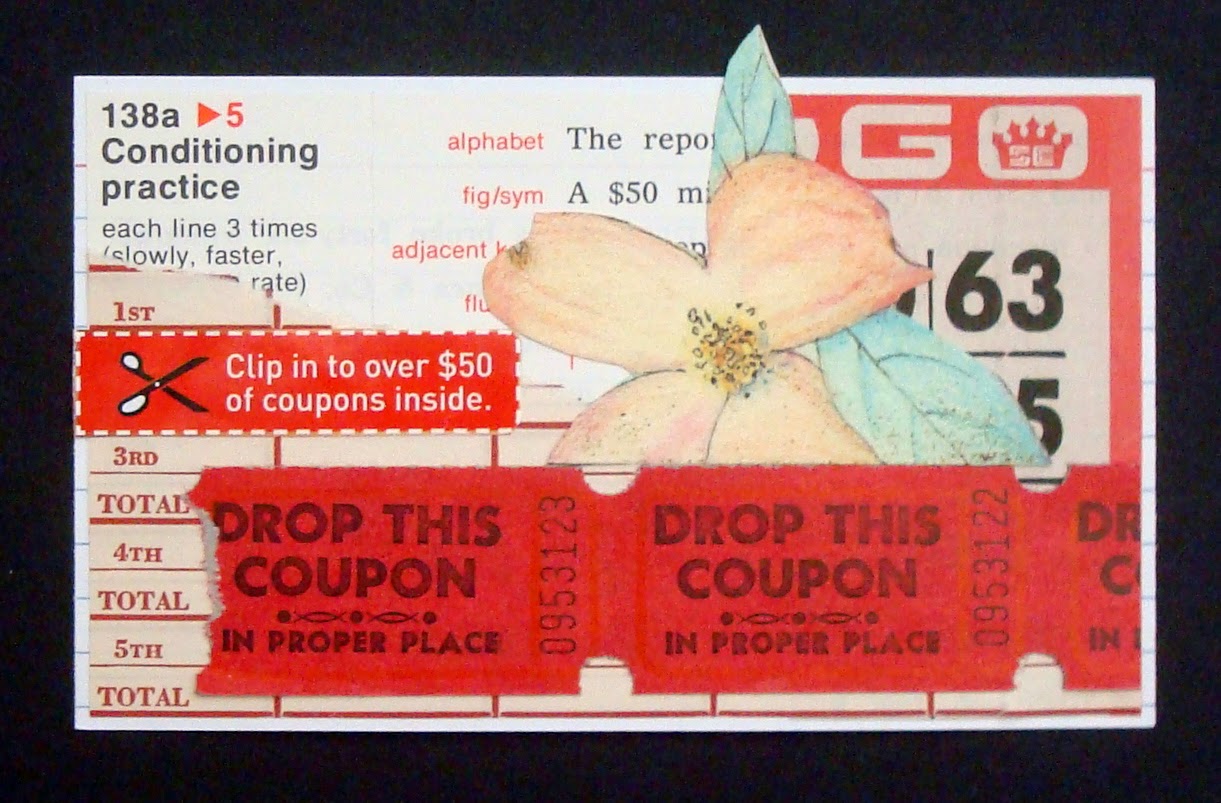 059: red collage
again, i think the title and the card sort of speak for themselves. one thing they are definitely saying, "i ♥LOVE♥ collage!"

*i should also mention, once again, that i am married to the nicest man in the entire universe; and i'm not just saying that because he gives me a free hand to do whatever i want in terms of decor and landscaping... although he does! :) :) :)
Posted by lauren bergold at 8:48 PM