that's our choice of pavers. because i'm sure the suspense has been killing you since last week! :) the bond will be a 45 degree herringbone pattern with a horizontal brick border. bonus points have been awarded to me for having instinctively picked the most expensive way to do this! because a herringbone pattern uses the most bricks, since you waste part of the ones that need to be trimmed along the edge; and the most labor, because the trimming gets done by hand. so given this information and the opportunity to switch to something a little less costly, have i changed my mind? ummmmm... nope. as sally so wisely said to harry, "i want what i want." even if it means we won't be doing much planting until next spring? yeah, i'm ok with that. we've had a couple of delays in the last year to various household projects in which the extra time resulted in an entirely new-- and much better-- idea that evolved during the waiting period. so i'm willing to roll the dice in hopes of a similar epiphany. plus, in the meantime, we'll be getting the result we really want. here's how it's going so far: 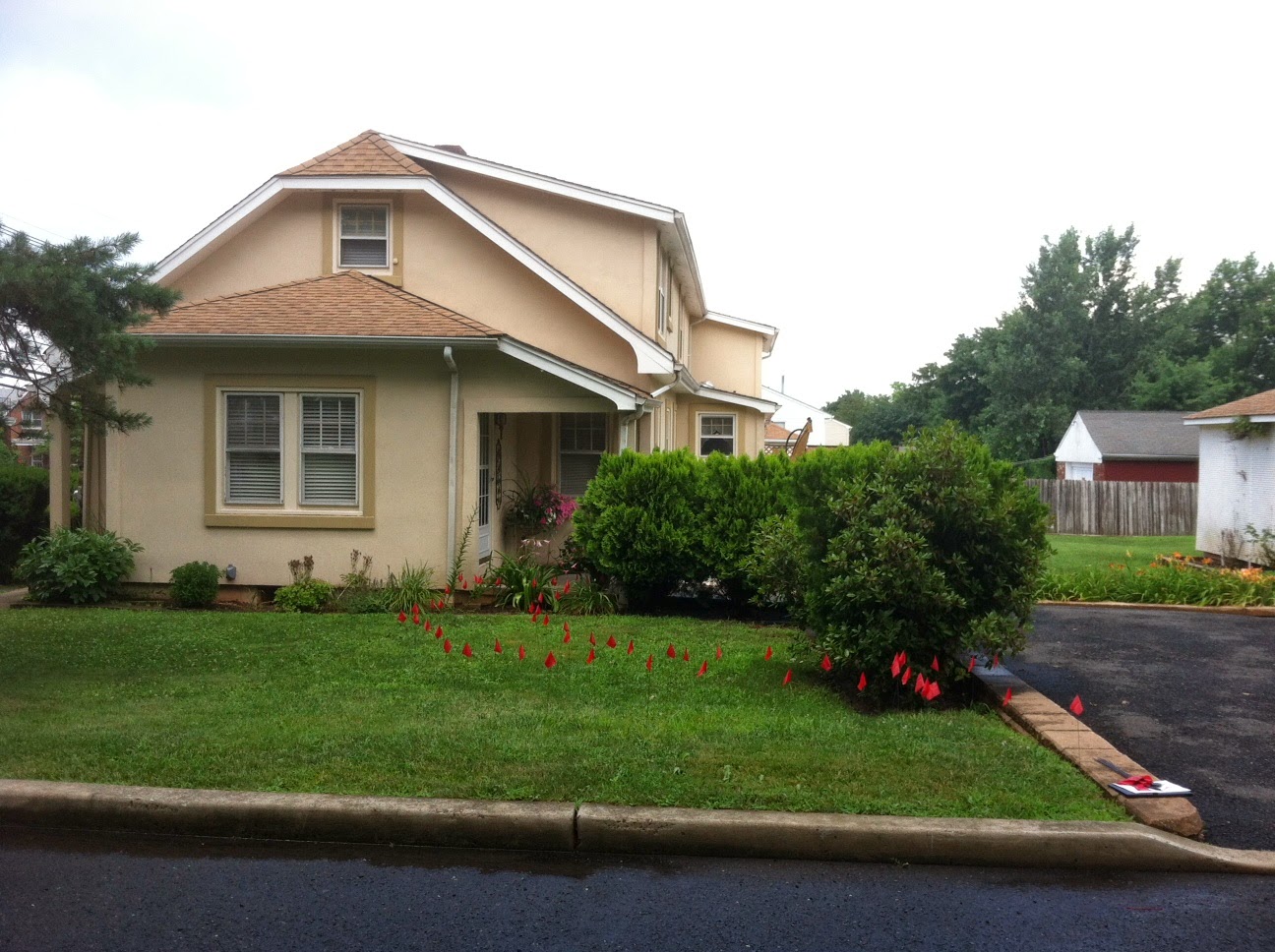 from a lovely green side yard... 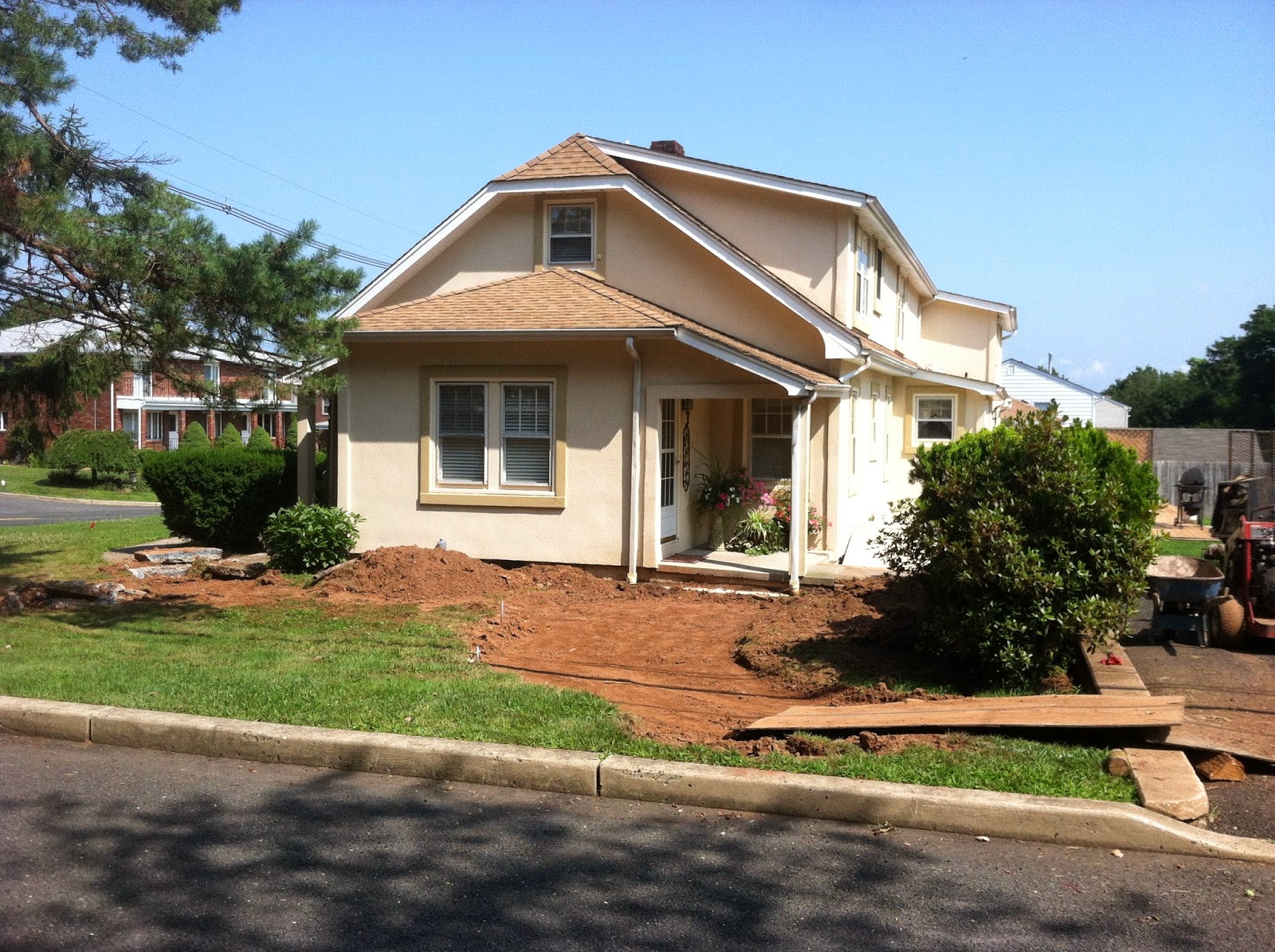 now is probably a good time to mention that the walkway project is actually secondary to the fact that we needed to tear up the whole side yard in order to re-grade around the basement window that's just below foundation level on this side of the house. so on the one hand, this isn't quite as frivolous as it seems. on the other hand, it's going to get considerably messier before it looks nice again. ah well. that pretty much sums up most things in life, doesn't it?

meanwhile, there are more ICADs, woohoo! 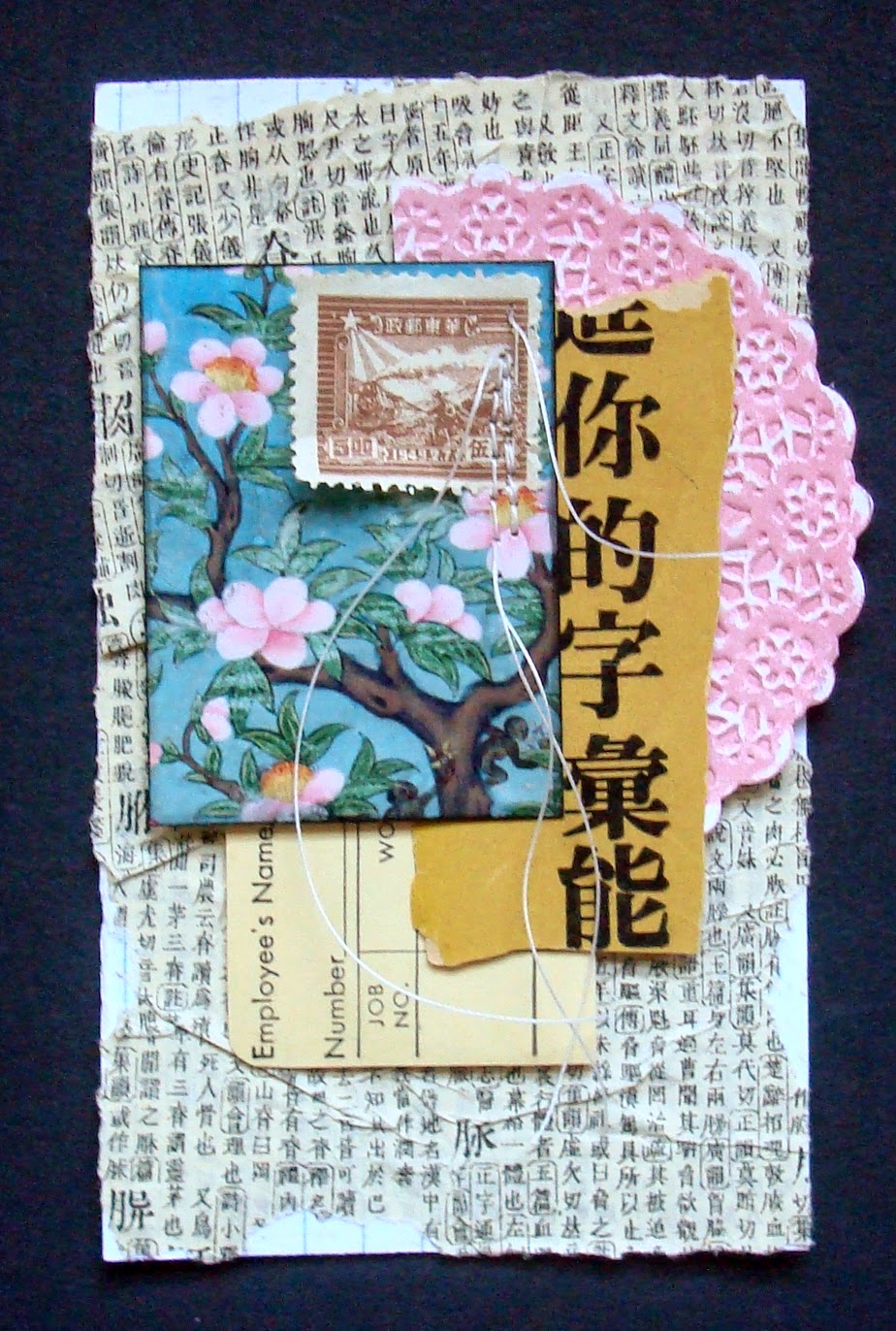 051: chinese sewn collage
this was going to be a stapled collage, but i thought some lumpy bumpy stitches and dangly threads might be even more fun. i stand by that decision! 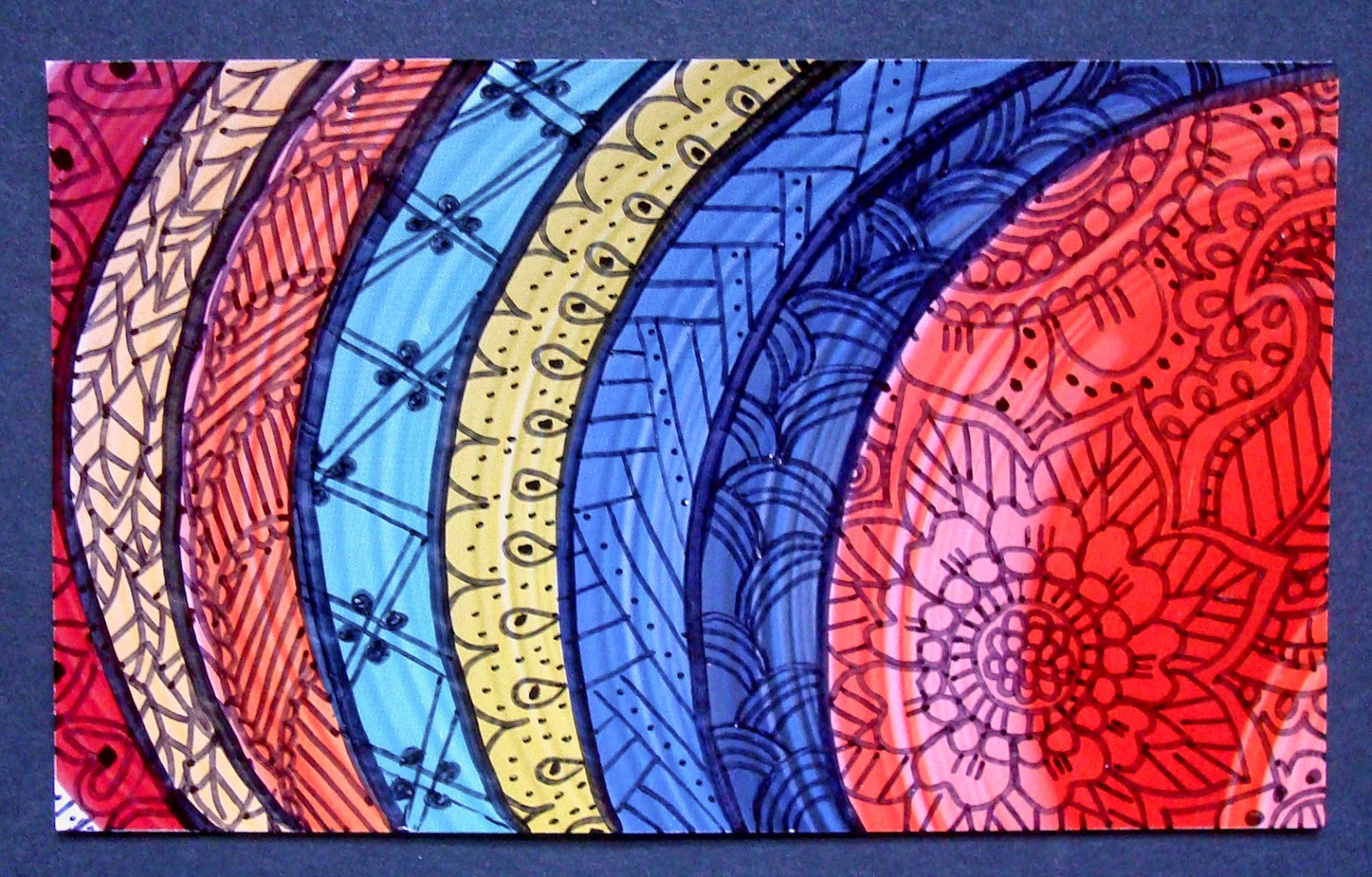 052: mehndi rainbow
the base of this was an ad for fiesta-ware-like plates in a catalog. i thought they looked like a rainbow. so i decided to go crazy with a sharpie ...like ya do... :) 053: vintage owl collage
the owl is one of those old school, pre-rub-on-style transfers that you soak in warm water and then slide caaaaaaaaaaaarefully onto your target. this one was on a very eldery sheet that my aunt found at a garage sale. i was actually pretty sure it would disintegrate the moment water hit it, but decided to give it a try anyway. i now feel i owe the meyrcord company of carol stream, illinois, a bit of an apology, since their 40+ year old product worked better than some of the brand new fancy craft supplies i've bought recently. go figure!

ok, so, now that we're caught up, does anybody wanna come outside with me and play in the dirt pile? no? i bet nephew matthew will be up for it, excuse me whilst i phone to enquire, darlings! :) :) :)

Posted by lauren bergold at 5:00 PM