fly away with me!

it's time for april's pixie dust paperie challenge, and this month the theme is "fly away with me"! 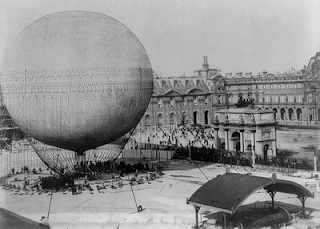 your assignment is to create a project that's related in some way to the city of your choice: new york, london, paris, rome... somewhere you've been, or would like to go? the place where you live, or where you grew up? ...it's up to you!  just link it up at this pixie post between now and april 30th for a shot at a $15 gift certificate to the pixie shoppe! i don't think anyone will be too shocked to learn that my project is inspired by san francisco, seeing as how i have just visited that lovely city for the first time: 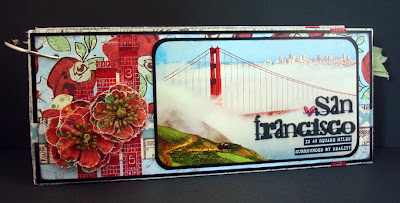 i made an extra large travel book this time; whereas i generally make them 9.25 x 4.5" this one is 11.5" by nearly 5"! other than that, i pretty much stuck to my usual routine of making the "bones" of the book--printed pages sandwiched between plain chipboard covers--before the trip; this time, since i knew it was going to be a three-part trip, i also added in some transparencies as dividers: 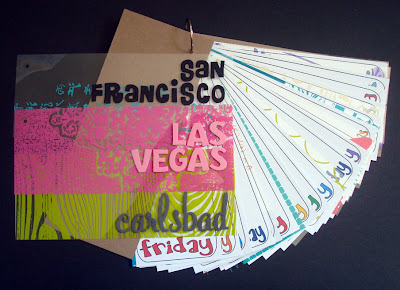 here are the supplies i took... you can see it's just the basics plus a few clear stamps and an ink pad; in actual fact, i never used the latter; i always think i will get a bit "artsy" on my pages and it never happens, you would think i'd just accept that, eh?! 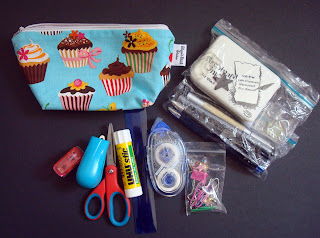 whilst i was in san francisco (and later carlsbad, ca, followed by las vegas, nv) i spent about 15 minutes each night writing what we did that day, and using the hole punch or stapler to add in the ephemera i was collecting from the places we visited: ticket stubs, postcards, menus, museum badges, bus (and train and cable car!) passes, brochures, stickers, business cards, etc, etc; so that by the time i came home, my book looked like this, and was 90% done! (all i've done since then is decorate the cover, and add a few photos... more on that in a minute!) 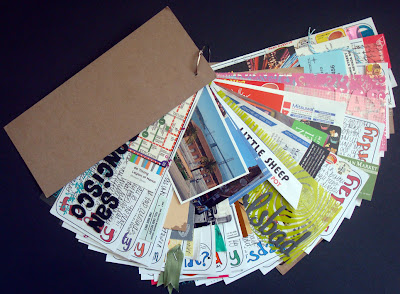 you can also see the three sections are pretty equal; i really love my "dividers"... 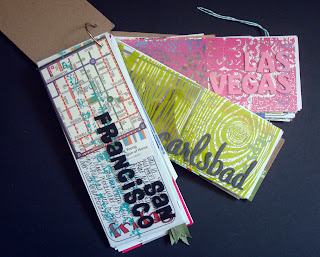 ...so much so, i thought i'd add in a few more transparencies to hold my photos, which i've mostly formatted into little filmstrips in order to incorporate the most images in the least space... also because some of the pics i really wanted to use were frankly just not all that fabulous, so making them a bit smaller really helped! :) 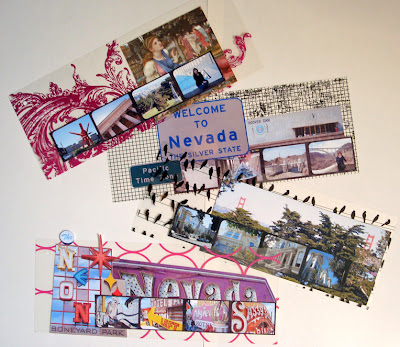 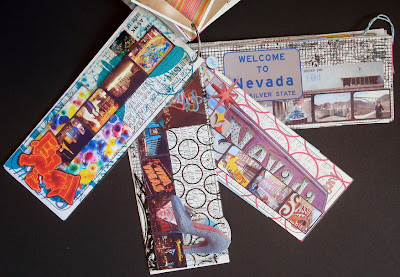 here's a shot of the back of the book, which basically coordinates with the front: 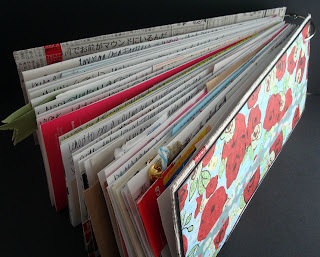 and finally one of the "stacked" book... which makes me want to flip through it and re-live this awesome trip once again!!! 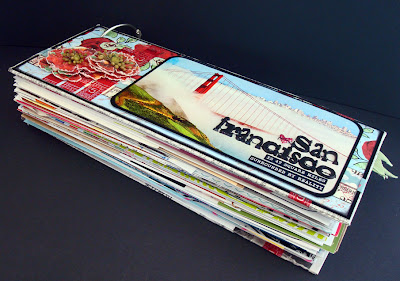 be sure to stop by the pixie blog to see the amazing projects created by our uber-talented pixie challenge design team!!!
Posted by lauren bergold at 12:01 AM