when i remember it's gone...i sort of miss my memory!

every once in a while, i'm proud to say that i actually think to take step-by-step photos of an interesting innovation while i'm making the card which features it! in this case, the innovation was to reinforce a punched-n-stiched banner with transparency scraps, and the card was the ST/SCD snowman one from last week.

as it turns out, the thing i FORGOT was to post the photos at the time! but having found them whilst looking for something else (which currently remains elusive) i thought i'd put them up now, with my embarrassed apologies for the total randomness of such a move! :) 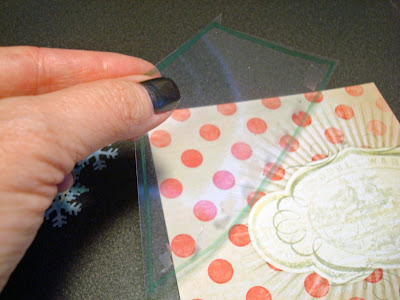 cut your transparency scrap
to fit the area you'd like to place your banner
(note: i outlined the transparency so it'd show in photos; yours WILL NOT have big honkin' green lines on!!!) 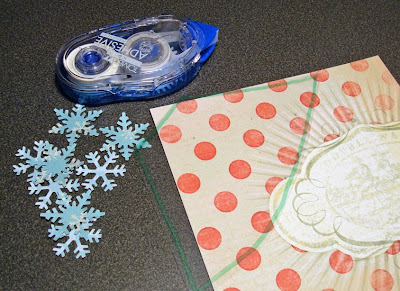 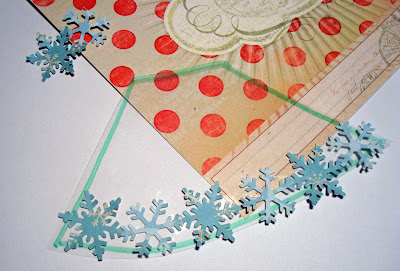 attach your punched shapes
with a bare minimum of invisible adhesive...you don't need much!
(i usually tack with a TEENY dot of my tombow mono runner) 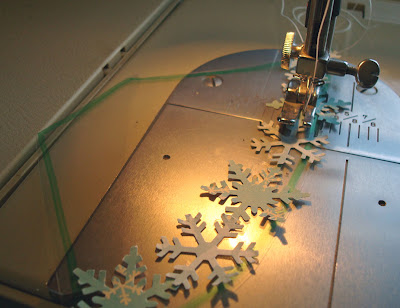 sew (carefully)
across the line of punched shapes 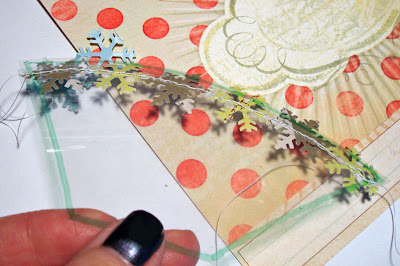 admire the results
(this step is optional...i just thought a photo of the back would be nice at this juncture!) 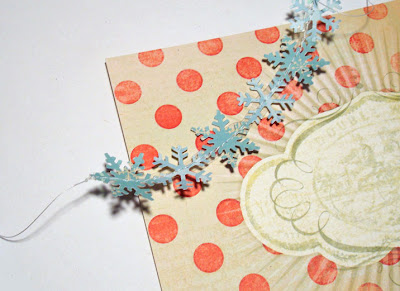 trim away the excess transparency
so that it looks like your punched snowflakes are just sewn together and floating along...but really... they're now tough enough to be easily and sturdily attached ANYWHERE you'd like to use them! 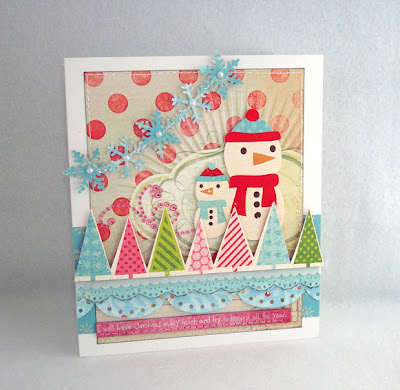 and once again here's the card from last week on which this banner was used! i put tiny dots of foam tape behind the snowflake centers, and sticky-backed pearls on top!

Posted by lauren bergold at 6:55 AM