and it's a triple-play! but i'm well on my way to my goal of posting ALL of my HEART the ART pages within the 2010 calendar year*--a first for me in a year-long journaling scenario-- i just want to be able to have that sort of bragging rights ONE TIME, ok?! so here are my pages with the exception of week 52...and i am going to tackle that one when i've finished posting this. :)

week 51: CONQUER
yes, i'd like to takeover the world in 2011...but first i think i will make further strides on my goals from the last couple of years, the big three being procrastination, weight and clutter! 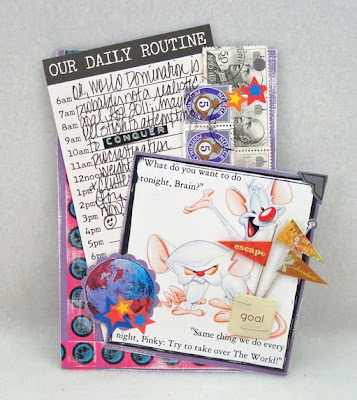 week 48: MY STATE
i live in new jersey. i am used to the jokes. heck, sometimes i'm the one telling the jokes! 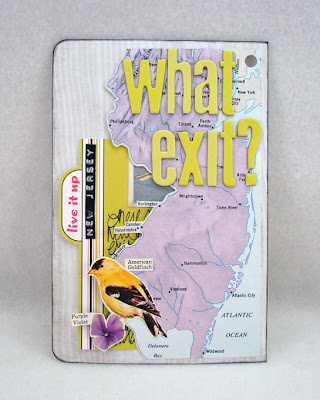 but it's a lovely place, really, and it's been pretty good to us. as you can read on the pull-out journaling card: 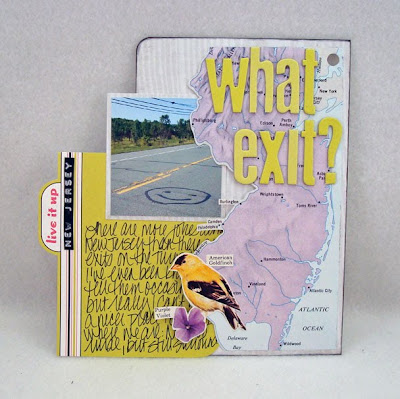 week 50: COURAGE
when i am stumped on a theme, i often look for a quote, either online or in barlett's or the oxford dictionary of quotations. sometimes the results are enough just to get me started; sometimes i actually build my whole page around what i've found. this was one of the latter times: 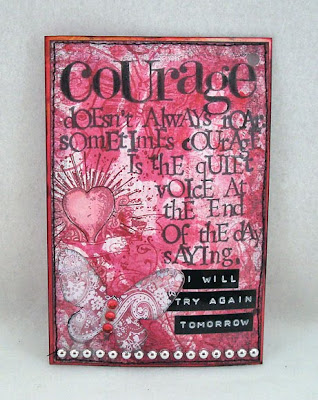 in case you can't quite read my funky hand stamping it says,

"courage does not always roar. sometimes courage is the quiet voice at the end of the day that says, 'i will try again tomorrow'." -mary anne radmacher

speaking of tomorrow, i'll be back then with the year's penultimate pixie dust project and then i hope to have HTA week 52 ready to show you on thursday!

*this is the third year i've done a year-long weekly prompt, and i highly recommend the concept to anyone who has even a passing interest in art journaling! in 2008 i loved elise blaha's PAPER ADVENTURE...which i finished in february of 2009; last year i had a blast with emily falconbridge's 52Q...that i wrapped up in january of this year; i feel quite strongly that it's not important WHEN you finish...or even *IF* you do...the fun and inspiration and creativity of trying one of these things is just SO valuable!!! remember there is no statute of limitations on papercrafting, so if there's something where you think, "oh i wish i'd've finished that...go on and DO IT!" trust me, you'll forget about the time frame when you are holding that cool project you LOVE!!!
Posted by lauren bergold at 6:10 AM