plenty of brushes...but no floss!

during the recent NECK EPISODE (from which i am thankfully recovered, ta v much!) i could not do anything for more than about five minutes at a time, which made it a weirdly great time to play around with photoshop, since i can never do THAT for more than five minutes anyway before swearing or tears ensue! :)

one of the things i've been wanting try out is blending modes. i love the idea that pretty much EVERYTHING can have a transparency level at any point between 0 (completely translucent) and 100% (completely opaque)!

here are some of the more interesting essperiments from that week...i haven't actually made them into anything yet, but hopefully they're a bit cool on their own?! 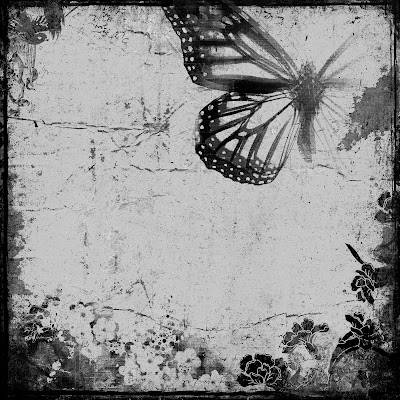 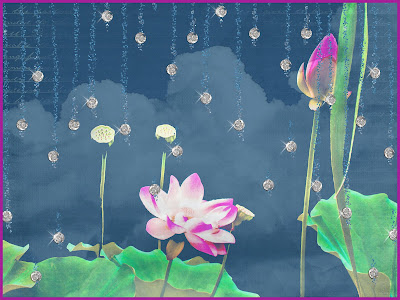 a very very saturated & high contrast version of my own lotus photo, blended with an o'scraps paper (clouds & text) and a laurie ann "rhinestone rain" brush. 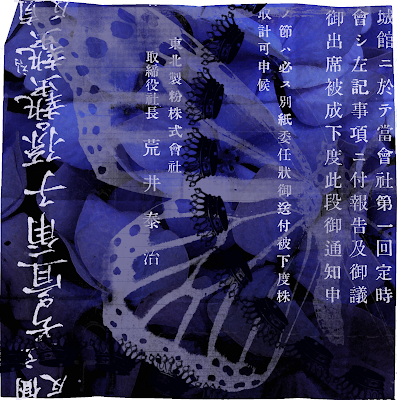 here's anna aspnes' butterfly brush again...done REALLY BIG and less opaque, layered with a bunch of her asian script brushes, and circles of crowns; the background image is a very close-up photo i took of my mom's hydrangeas, with the color popped waaaaaaay up, blended with a piece of katie pertiet's folded & distressed notebook paper. 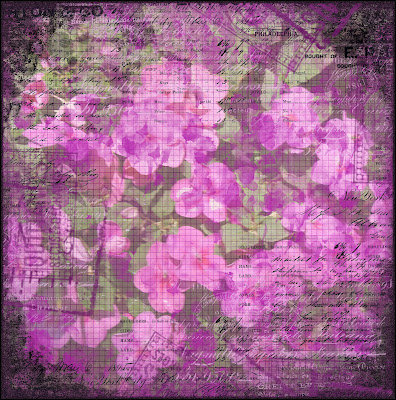 i find this one overpowering, but it was my mother's favorite (by far!) so i am showing it anyway. there are about 30 individual brushes used on here, but mostly they are from rhonna farrer's distressed edge toolkit, and scrap artist's "bits of history" set. again i started with one of my flower photos (my mom's impatiens) & blended it with a katie pertiet graph paper that i recolored pink. 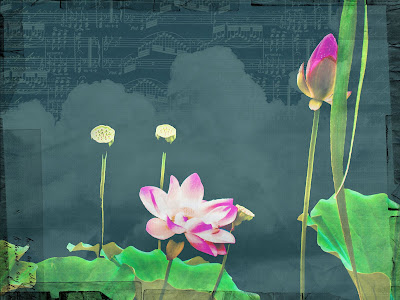 here's my favorite: it's the lotus photo & the o'scraps clouds again, but i bent the colors in another direction and carefully added an anna aspnes music brush to bits of the sky. the frame is also anna aspnes. (i'm a fan...can ya tell?!)

this concludes my blended photo post...at some point i hope it will be followed by a "what i did with those blended photos" post! :)
Posted by lauren bergold at 7:00 AM