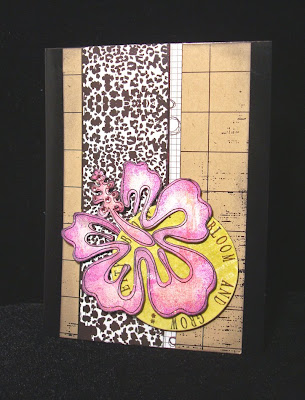 while i was playing, i decided to test drive one of my new stampers: see, the rather lovely people at justrite were gracious enough to let the caardvarks try out some of their awesome products! i chose a very cool christmas stamp ensemble (which i hope to show off later this week.) and also this neat 2 3/8" stamper on which you can place an image in the center and use the included font set to make a custom phrase around the outside! in this case, i only used the phrase part, to go with my flower, but later this week i'll be posting some ideas that use the center's image, as well.

speaking of stamping custom phrases, have you seen justrite's font sets??! it must be said, they are EXTREMELY cool! so cool, in fact, that they will be the stars of their very own mega blog hop later this month. see? 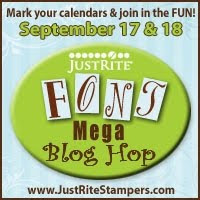 ...and yes, before you ask, i will be taking part...because you know how i feel about alphabet stamps!!!

Posted by lauren bergold at 8:30 AM