woohoo! i am back with a *second* post in the same day! it seems my other snowman project felt a bit lonely up here in the blogosphere all on his own...so i'm sending along a few friends to keep him company!
here's an idea stolen directly from the magnetic princess paperdolls my nieces have! when i saw the HERO ARTS "make-your-own-snowman" rubber stamp set in out design team pack of goodies, the first thing i thought was, "hey, wouldn't it be fun to play with all the snowman parts in a little winter scene?" (this is why my nieces and i get along so well...we are on the same maturity level!!!) :) several hours worth of stamping and cutting later, i had this: 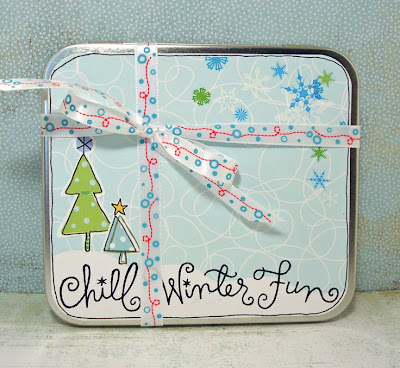 i used a xyron cartridge that puts thin flat fexible magnet stock on one side and clear lamination on the other. each individual stamp is cut separately so you can build whatever size snowman you want and dress him differently. the trees are cut from some rob & bob patterned paper i had...just to pad out the possibilities and fill up the box! there's a little snow scene on top of the box as well as inside, so you can build snowmen where and as you like...then store them inside the lid when you're finished playing! 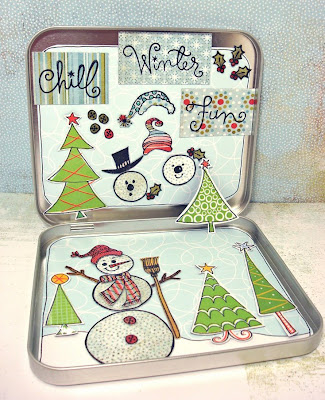 the hinged-lid metal tin is from some cool cavellini stickers i happened to have. said stickers now live in a baggie, because even though I KNOW i have seen the empty metal cd tins *SOMEWHERE* it was not at best buy, staples or michaels...or at least the ones i checked didn't have them NOW. (grrrrrrrr--doesn't it figure?!) i even think creative imaginations' "bare essentials" line has something of this sort...and probably oriental trading co, as well...but i kind of ran out of time, so i just used what i had! i'm quite sure if you wanted to make something similar, a bit of judicious googling will find you an appropriate product before the holidays! 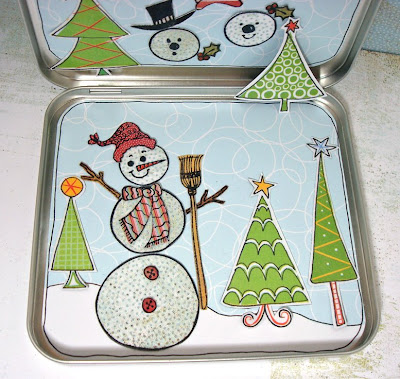 and now would you like to *SEE* the set i used to make this thingie...and the "snowday survival kit" in the post below?? here it is, "make-your-own-snowman" will be available at HERO ARTS, later this month: 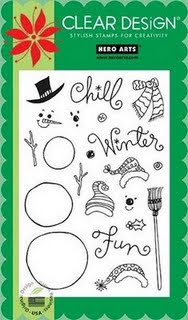 so will the holiday sayings set (i will show some cards which feature this, later in the week!): 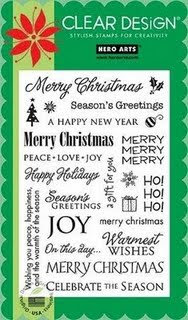 the antique brocade "cling" stamp is already one of my *VERY* favorite all-time stamps, and you'll be seeing it quite a bit this week...and in the future!!! 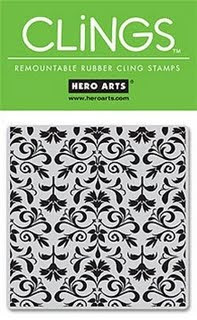 HERO ARTS are showing sneak peeks and previews of their winter goodies all this week on the HERO BLOG...they have contests, techniques, inspiration and all kinds of other good stuff for stampers and paper enthusiasts all year round, so why not drop in from time to time? 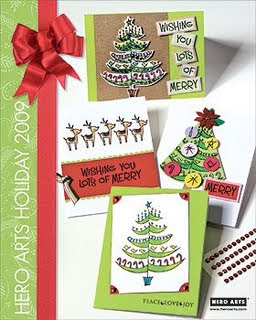 and of course be sure to check out the CAARDVARKS CREW HERO ARTS GALLERY over at flickr...it's positively *stuffed* with gorgeous winter & holiday themed cards and other projects. trust me, it's well worth a look! all of the challenge info is, as usual, available on the CAARDVARKS BLOG where you can enter your own brand new winter creation between now and midnight, august 15th!
(materials used: rubber stamps: hero arts; patterned paper: basic grey, rob & bob, dcwv; lamination/magnet stock + adhesive: xyron 900; ink: staz-on; markers & pens: tombow, zig + prismacolor pencils)
Posted by lauren bergold at 9:19 AM

Email ThisBlogThis!Share to TwitterShare to FacebookShare to Pinterest
Labels: caardvarks, papercrafting (but not cards), xmas