uh huh.
but this is the last set, honest!

again, i don't think i've ever made ANYTHING with a "back-to-school" theme...but this super-cute richard scarry illustration (from a book that was already missing half its pages...and the rest were hangin' by a thread, honest!!!) was too adorable to resist pairing with some of that fun notebook papery cardstock from CI! 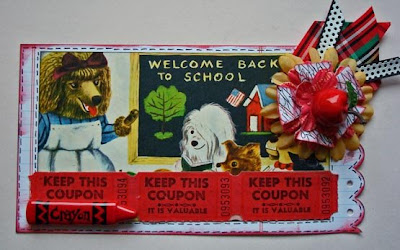 a total cheat, and i admit it. this was going to be october...using the rationale that diwali is generally in october...and the tag is indian...and therefore "octoberish". (don't think about that too hard, ok?!) ...but then i made the halloween tag. ...sooooooo...diwali CAN occasionally land in november... (like hannukah & easter, it doesn't have a specific date based in the modern calendar) ...so ummmm....VOILA??! 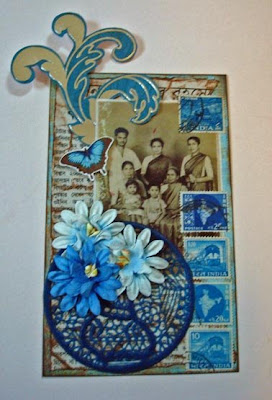 given my obsession with i can has cheezburger, i have started to see the rather silly kitten pics in old christmas publications (like "ideals" whence this one comes) in a whole new light. so...cute cat...funny saying...love elsie stuff i bought AFTER xmas (& thus didn't get to use yet) and i was like a pig in...well, ok...let's just say i was pretty happy!!! 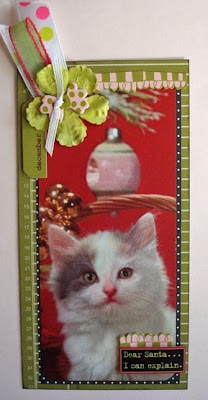 so now, your mission...should you choose to accept it...is:

don't worry about being too "themey"...or not "themey" enough! don't worry if you're australian and your months--or ours here in the northern hemisphere--are "upside down", seasonally! don't worry if the thing that makes july cool for you is that you and your nana make xmas cards then!!! make your tag, your way, and submit it to the 'varks by midnight on june 3!!!

Posted by lauren bergold at 8:52 AM

Email ThisBlogThis!Share to TwitterShare to FacebookShare to Pinterest
Labels: caardvarks, papercrafting (but not cards)