4 ICADs and a chipmunk impersonating a meerkat

yep, i've got a couple more tiny bits of index card goodness to show you but first i'll answer the question i know you're asking yourself right now, "did she say 'a chipmunk impersonating a meerkat'?!" yes. yes, i did. 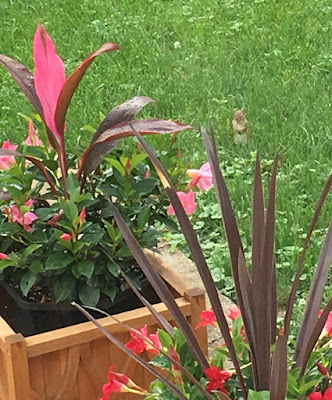 and now, some art: 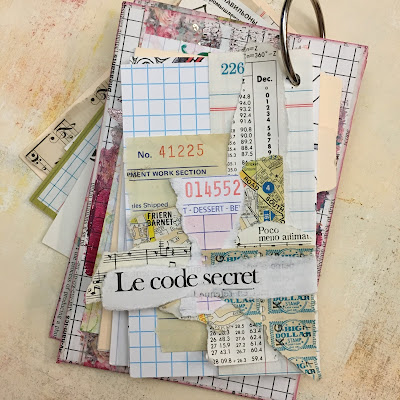 day 10
another one staple collage. but this one's in french, bien sur! 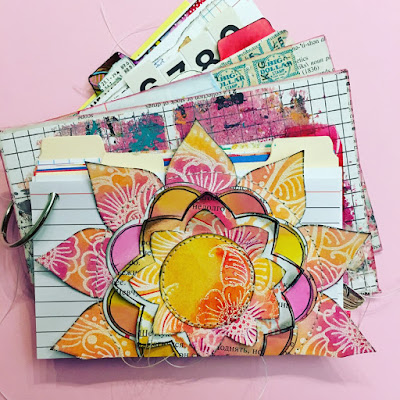 day 11
mandala monday is still mandala monday, ICAD or not. this one consists of layers of leftover colorburst and gelato crayon essperiments that i stacked and cut and stacked and cut. then i sewed around the center a couple of times because this many layers of thick paper never really wants to stay attached, how ever much adhesive you use. 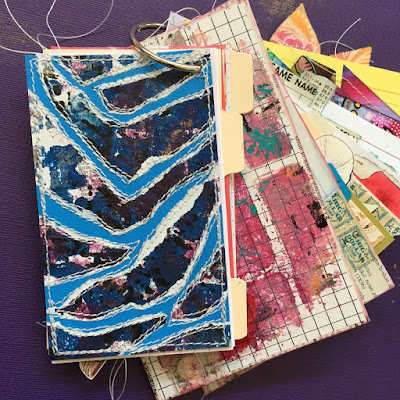 day 12
one of the (100% optional!) prompts from last week was zebra, and for some reason, a few days later, the idea came to me that i could possibly make a sort of cool rendition of a zebra type pattern with torn bits of gel print. this is one of those cards that was incredibly fun and satisfying to make, but i'm not sure it's all that interesting to look at. on the plus side, it was A LOT easier than trying to gel print on an actual zebra... bc they realllllllly don't like that... 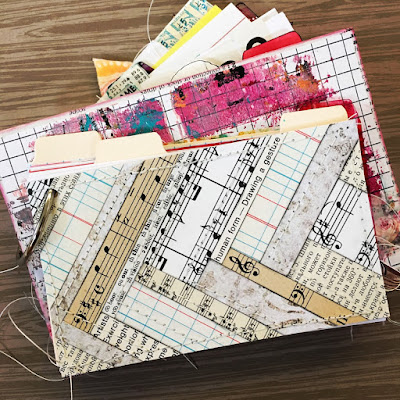 day 13: chevron (yes, again)
i mentioned that the prompts are optional and can be used however one wants, and this year i seem to be proving that by using some more than once, others not at all, and none of them on their actual day. in this case, i revisited the idea of chevrons, having seen a card of tammy's that had a similarly scrappy, almost herringbone-like pattern on it that i really loved. i predict you'll be seeing this idea again...  possibly in card context... possibly also more than once!!! ;)

♥♥♥
remember it's never too late to start a daily art practice, there's no need to catch up or keep up. do what you can to prioritize 15 minutes or so a day, but don't make yourself crazy. if you have 31 or 41 tiny pieces of art and a new habit at the end of july, that still TOTALLY counts, i promise. meanwhile, ICAD founder and hostess tammy garcia has some awesome tips to approaching this fun challenge!
Posted by lauren bergold at 10:00 AM