et bon jour daisy yellow wonder31! as you know, i had a blast playing along with anika starmer's #patternjanuary event on instagram. so much so that i was a bit bereft at the thought of being left to my own devices for february. luckily tammy g of daisy yellow jumped in with a new venture. thus, here are the last sketchbook pages of january, and the first few of the new month: 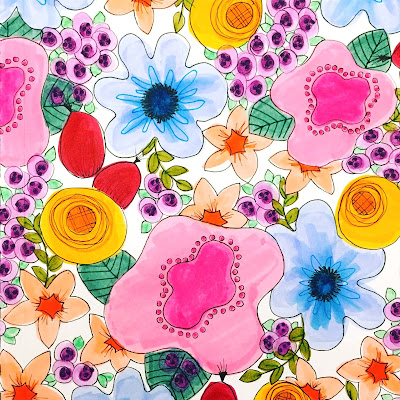 "floral"
i never get tired of drawing (...or painting, or stamping or doodling...) flowers! these were done with tombow markers and faber-castell's pitt artist pens 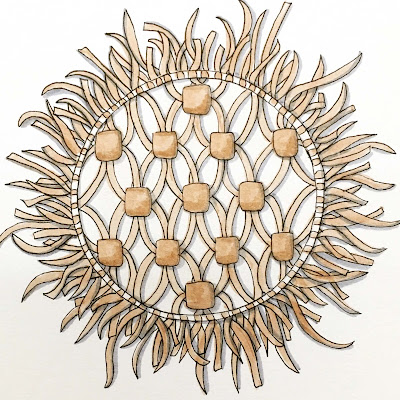 "string"
i'm not sure what on earth made me think about macrame this long after the 70's, but i did. and it was really REALLY fun to draw! 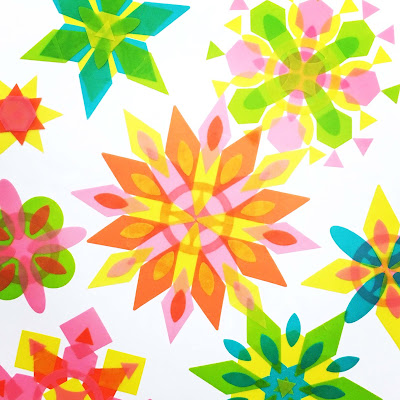 "kaleidoscope"
last summer i found some amazingly cool vellum stickers at target and used the whole entire set of 450+ in like 2 weeks, making mandalas and other patterns during ICAD. luckily, at xmas, i found MORE OF THEM!!!!!! :)
(and yes, they seem to still be available on target's website!) 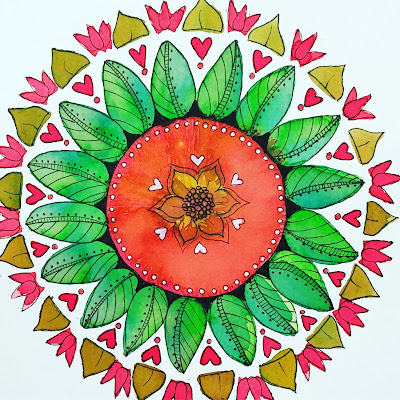 "pomegranate"
yep, it's a pomegranate mandala. nope, i didn't really see it coming, either, lol. 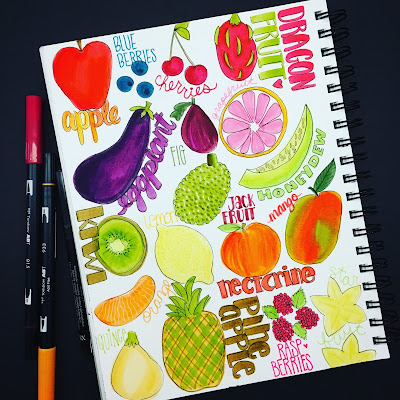 "fruit salad"
when i'm stumped for an idea whilst drawing or lettering, i often just fall back on alphabetical order and write (or in this case, draw) a list!

and thus, we wave goodbye to january and HELLO to the shortest month! 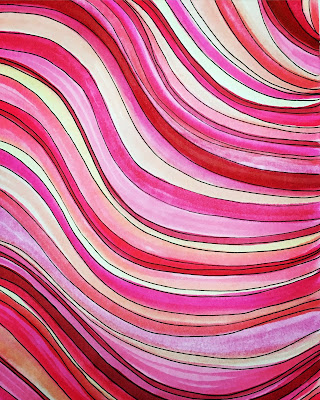 "minimal"
is the first of the #dywonder31 prompts. a lot of people would say the total absense of white space might rule this thing out pretty quickly; but it's only got one layer, one color, one line, one medium...
(let's face it, my minimal is never going to be like ordinary minimal, is it?!) 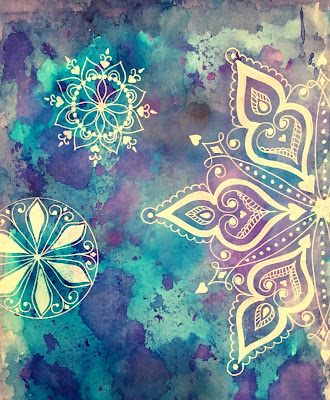 "snow globe"
for the record... this is the kind of snow i like... the fictional kind!!!
(this page is white gellyroll pen over smooshed colorburst in indigo, cerulean and violet) 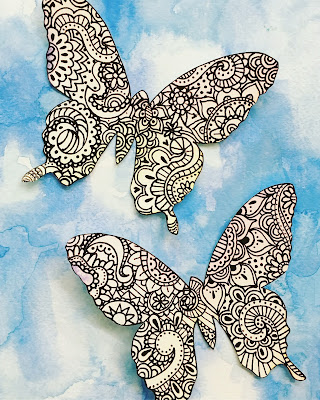 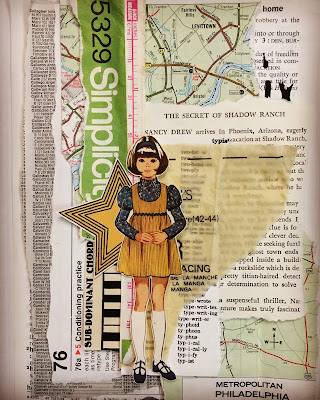 "1970's"
i was starting to miss collage, so here's a one-staple one, with a little bit of everything from my childhood in suburban philadelphia. i'm almost positive my mom made me the outfit the little sewing pattern girl is wearing... she did make a lot of my clothes when i was little and certainly i had at least one blouse with the really puffy sleeves...


ok, so that turned into a lonnnnnnnnnnnnnnnnng post, but i'm all caught up now! and i have a nice sensible cards with only a pic or two pictures on deck for the next couple of days, darlings, i promise! ♥♥♥
Posted by lauren bergold at 8:00 AM