...this really is the wrong place for you, lol! because i like rainbows enough for both of us; especially during ICAD. look, here's one now! 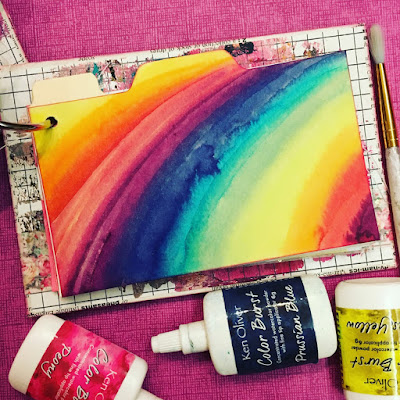 day 26
yep, it's a colorburst rainbow on an extra heavy duty tabbed divider card... because those stand up to wet media soooooo much better than their ordinary flimsy bretheren 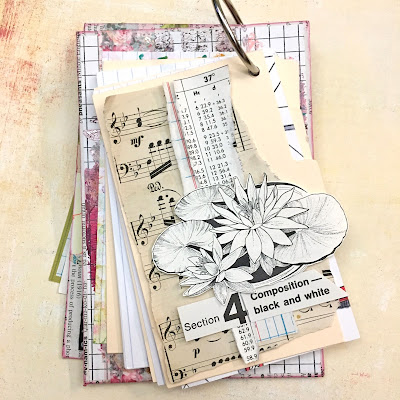 day 27
not quiiiiiiiiiiiiiite a one-staple collage. nearly, but not quite. because i forgot to leave a "tail" on the lotus picture, so i would've had to overlap and lose either part of the lotus or part of the caption. so i made an executive decision. 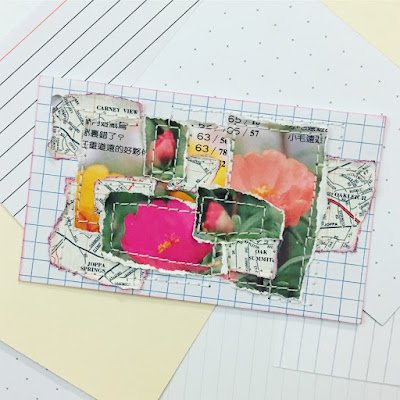 day 28: garden
i had this idea about fragmenting the floral illustration into a sort of layered collage. it didn't quite work. but that's what's awesome about ICAD, you know you have 61 days, which means you don't need to do anything perfectly the first (or second!) time! 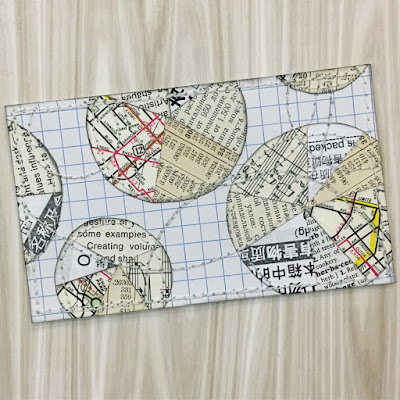 day 29: patisserie
ok, admittedly, it's a very loose take on "patisserie"; i made little vintage paper pies. sorta. i did say LOOSE... 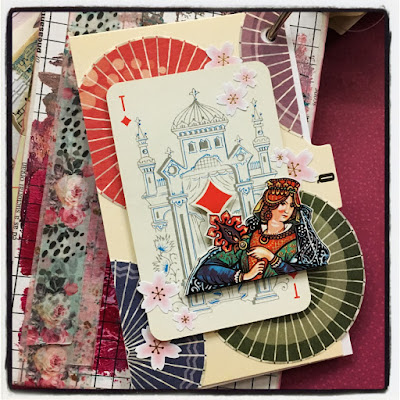 day 30: playing card or tarot
what are the odds that someone (stephanie, in fact) would send me some amazingly lovely russian playing cards on the same day the prompt was "playing cards". pretty unlikely, i'd say... but that's what happened! 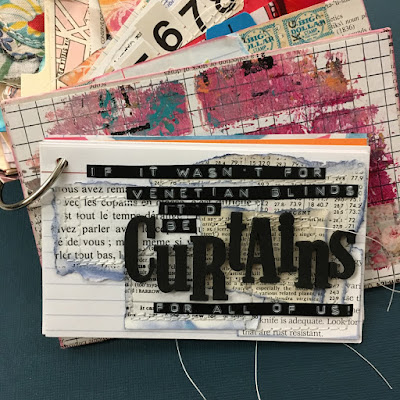 day 31: curtain
i think was the only kid in 8th grade science class who laughed when our teacher told this joke. i still think it's funny. so there! :) 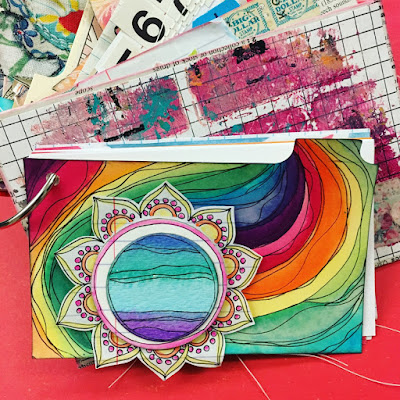 day 32: mandala monday
and we've come full circle with another colorburst rainbow, this time the background for a really loose mandala.

♥♥♥
i hope you have an absolutely awesome monday and that you find a tiny bit of time to make something just because it'd be fun to make!
Posted by lauren bergold at 9:00 AM