more index cards, anyone? because it just so happens i have a few more to show: 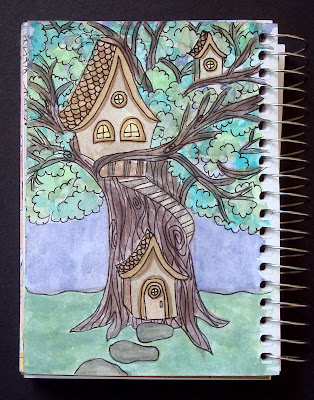 018: treehouse
i was going for something fun and magical, like maybe elves would live in, or fairies, or just very thin people without any fear of confined spaces or heights. however i'm pretty sure that exterior staircase won't meet minimum safety standards anywhere-- probably not even in magical fictional worlds-- so i expect to hear from the elfin version of OSHA any day now. 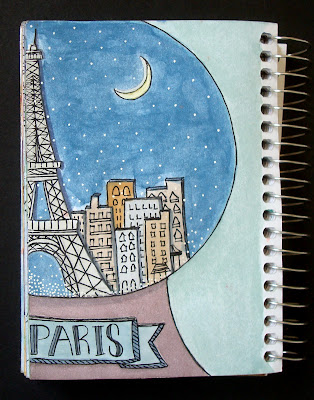 019: snowglobe
still really loving teeny tiny cities, and also to let my drawings go off the page. fairly proud that after many (MANY!) attempts to draw a simplified version of the eiffel tower, i've actually produced one that's recognizable, wahey!!! 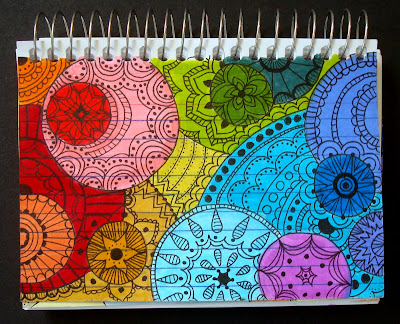 020: color wheel
this one started off with the idea of rainbow colors, and wheels with spokes and trimmings, like on fancy bikes; but i got a bit carried away with the fancifying. ok, yeah, maybe more than a bit. but you know... inna good way, lol... 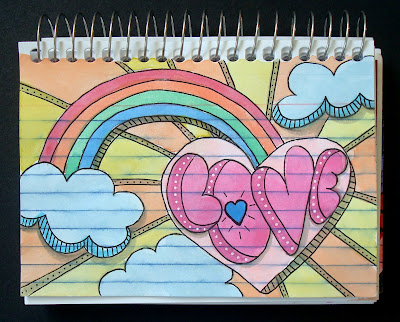 021: the 1970's
holy moly, what a decade that was for design! it's impossible to draw anything too bright, too colorful, or too crazy... just go back and look at the magazines or tv shows, it was a free-for-all! thus david cassidy and i both fit right in; which is nice because, as a matter of fact, we had the same haircut in 1974 (and at least one of us is still having flashbacks)!!! :)
Posted by lauren bergold at 6:27 PM