the bad news: i got a bit behind again on blogging my cards for the index card a day (aka ICAD) project. the good news: there are lots (lots!!!) to show you now! :) 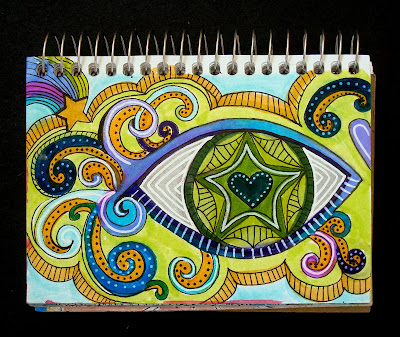 022: psychedelic
as always, the prompts are 100% optional, but tammy has been especially creative this year, giving each week a theme or a connection to get us thinking. this week it was all adjectives, which is cool, because they are specific enough to get you started, but general enough to have LOTS of interpretations. so ok, yeah, this one is arguably more like psycho-delic, but still... 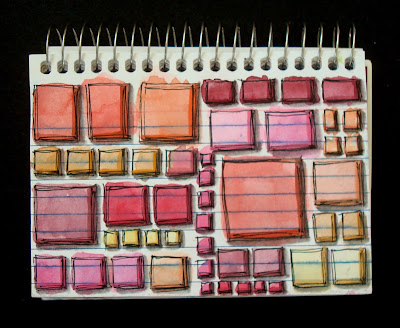 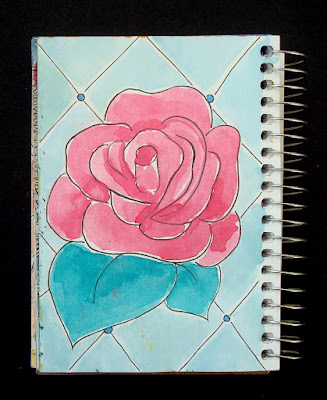 024: romantic
my brain went utterly blank for this one. eventually i thought of doing a rose. i'm not in love with it, but it does pretty much look like a rose, and when you are as new at drawing as i am, producing something at all recognizable still totally feels like a win! yay! 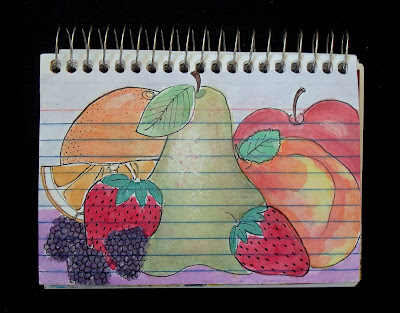 025: botanic or organic
i have no idea why, but i really like drawing food generally and fruit specifically. there's no rhyme or reason, that's just how it is. so why not go with it? 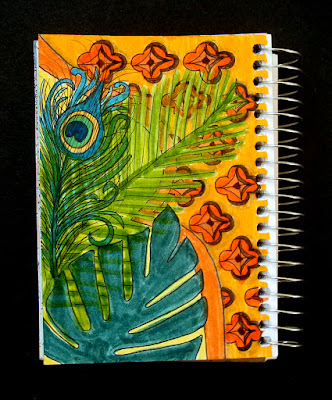 026: exotic
i had a lot of india-related ideas, and i put ALL OF THEM into a 3x5" space. yeah. ok, so, the thing i like best about this one is actually that i don't like it at all. which is cool because it means i'm being experimental and focusing on process more than outcome. which is-- to me-- kind of the whole point of ICAD. plus... peacock feather!!! 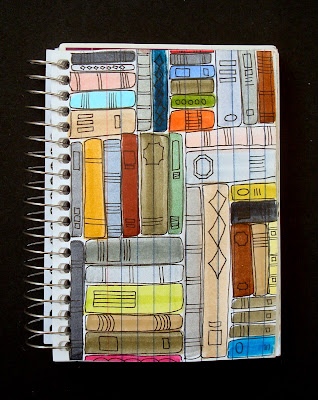 027: academic
if you were to flick through my sketchbook you'd see approximately 40% finished drawings, 10% random jotted notes and 50% that i would categorize as "trying stuff out". the latter consists of rough sketches to get the line of something, paint color tests, wonky attempts at shading, etc. the page below had A LOT of swipes of watercolor from a couple of weeks ago when i was trying to mix a few specific colors. and a totally unrelated half grapefruit, lol. later, when i was doodling, i turned the swipes into books. an idea that came back to me when i read the word "academic" on the prompt list. just another example of the fundamental interconnectedness* of all things! :) 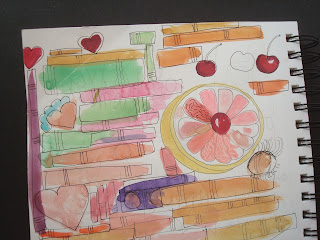 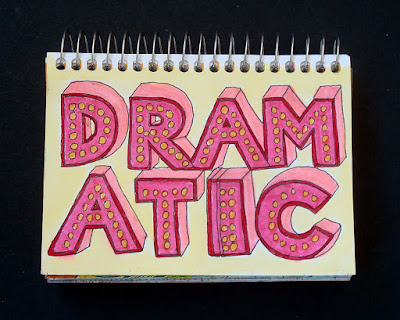 028: dramatic
i had absolutely no thematic idea for this one. at all. on the other hand, i had been wanting to draw some marquee letters for a while. so there ya go. my spacing is pretty wonky... and don't even look at the "I"... (which, ACK, that's totally made you have to look at the "I" hasn't it?! sorry.) but it was fun to draw and color and i don't think anyone anywhere could possibly argue that it's not, in fact, pretty darned DRAMATIC! (woohoo.) :)

*we are watching dirk gently via acorn tv. something i put off doing for a while because the douglas adams books are some of my all time faves and i feel strangely protective of them. also, i frankly didn't love the bbc radio versions, despite harry enfield writing and playing the title role, which really ought to have been spot-on. as it turns out, i needn't have worried; the tv show is really quite different from the books, but it somehow still feels completely right, if that makes sense? the best surprise is that stephen mangan-- who does not look or sound at all like i imagined dirk-- is absolutely perfect in the role. guys, i'm sorry i ever doubted you! now could we get a second series, maybe??
Posted by lauren bergold at 12:00 PM