for the 2015 index card a day project, i've actually been posting my cards every single morning... via iphone + instagram, which is seriously the most convenient thing ever. on the other hand, it's meant that i've done worse than ever in terms of blogging the cards and putting them into my flickr album, so here's a huge catch up post for both of those! one of the coolest ICAD-related things this year has been having some fellow participants right here in my house to make cards together!!! my lovely blogging friends june and tracy were here for several days last week, which was utterly awesome, obviously! then on sunday, jeff and i hosted our annual big summer brunch, for which i set up my extra-long "art camp" table so that niece madeline and nephew matthew could work on some cards, too. luckily it *IS* an extra-long, extra-sturdy table, because as it turns out many of the grown-ups wanted to sit down for a bit, as well, and paint or doodle or color or... well, just generally get a little bit artsy! so if you want my suggestion for the best party ever: add an art station along with the buffet and the bar and then get out of the way, lol! :) 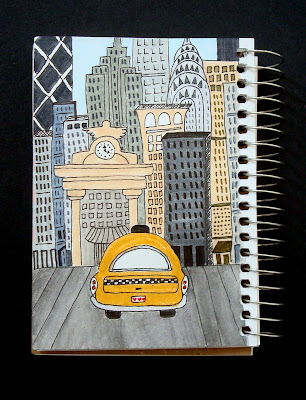 006: taxi
yes, this one is out of order, which i've done quite shamelessly, so my favorite card (so far!) can be on top. this is also by far the most detailed drawing/coloring i've done,.. there are A LOT of tiny windows. (a lot!) :) 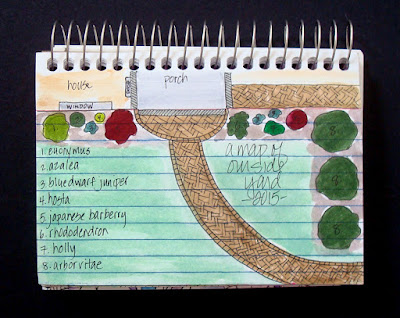 003: map
who's to say a map has to be of a town or a city or a country? how about a map of your bedroom or the setting of your favorite book or maybe... of the side garden in which you've spent the last four weekends digging, planting, weeding and mulching?! 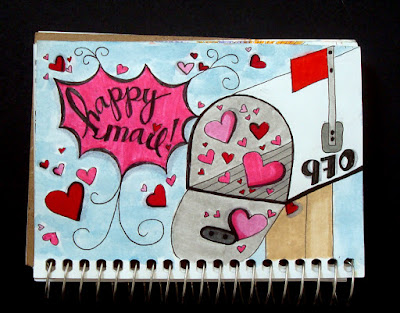 004: mailbox
the best thing that happens in any mailbox is HAPPY MAIL, am i right? yeah. 'nuff said! 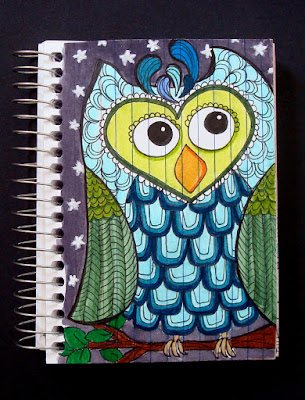 005: owl
a sort of doodly, patterny version of an owl. doesn't quiiiiiiiiiiiite look like the picture that was in my head but definitely fun to draw and color! 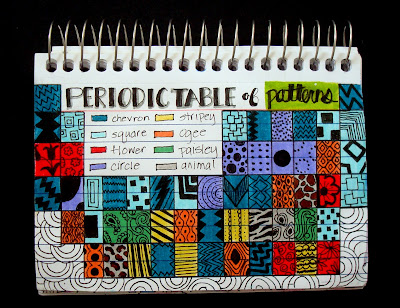 007: periodic table
this one really stumped me, until i thought of using design elements instead of the chemical kind. specifcally, categorizing different types of patterns. ok, yeah, it's kind of weird. which is probably why i like it. 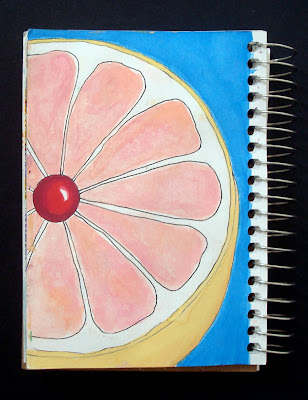 008: grapefruit and cherry
for this week's prompts, tammy chose a bunch of combinations which can represent foods or colors or just spark you off into some completely different direction. i went with a literal grapefruit and cherry, mostly just because i thought i could draw them! :) 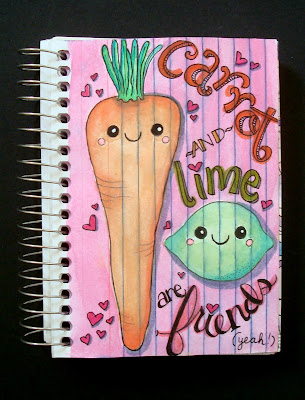 009: carrot and lemon
yes, the prompt was carrot and LEMON, not lime. no, i didn't realize that when i was drawing my adorable kawaii food friends, obviously. but no big deal, i just swapped the lemon to a different day. citrus fruit is pretty easy going, it must be all that vitamin c! 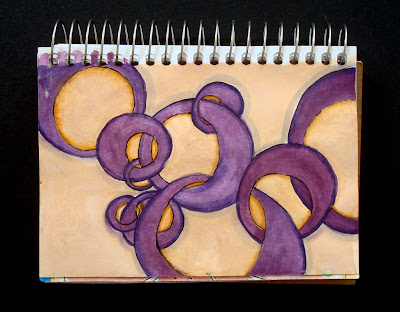 010: eggplant and ginger
this time i just took the colors and played with layers and shadows, an experiment i curtailed a bit early when i realized that multiple coats of watercolor were pilling my paper surface. note to self: index cards are not all that resilliant. duh, lauren. 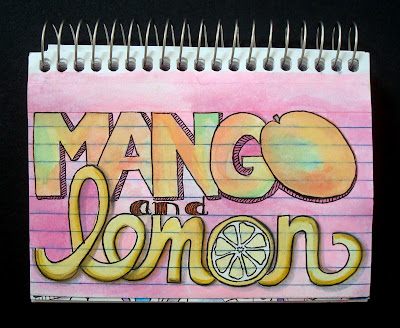 011: mango and lime
a bit of hand lettering, with a couple of letters swapped out for fruits. my favorite part is the coloration on the mango letters. 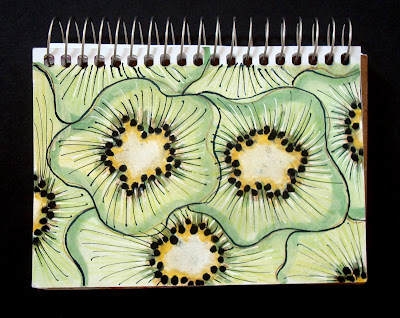 012: kiwi and parsnip
well, kiwi, anyway; the parsnips kind of stomped off in protest when they realized the kiwis were turning into stylized flowers and taking over the whole card. ah well, these things happen. 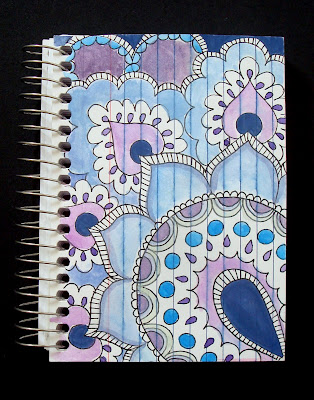 013: blueberry and plum
again, i've taken the colors, and added in a suggestion of the fruits' shapes with a very loose mandala composed mostly of circles and ovals. 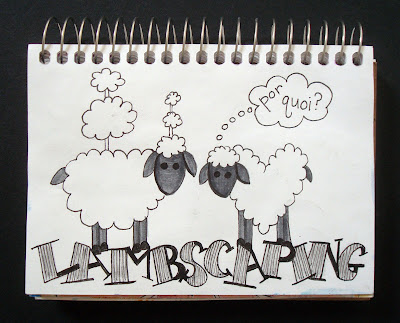 014: salt and pepper
a cartoon idea that's been in my head for a bit, i thought it'd look good in black and white.