this happens every time, so i'm not sure why it still surprises me: i have very little trouble keeping up with the pages of a daily project, it's the photos and posts that get me!!! luckily, there is no statute of limitations in papercrafting, so here's a lovely bonus round-up of december daily: 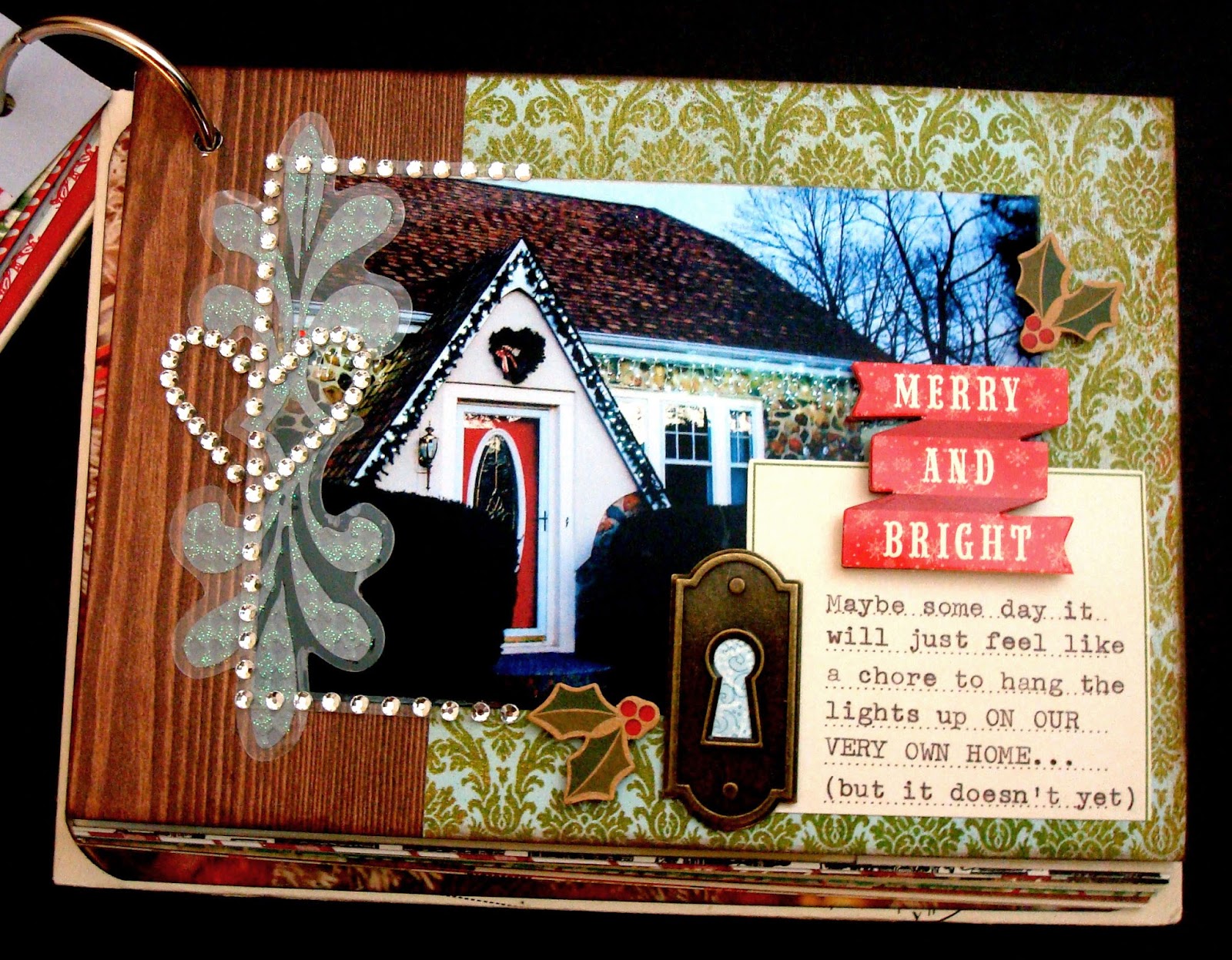 dd08: LIGHTS!
we actually had them up and running the sunday after thanksgiving, though we were tinkering with the little a-frame around the door for a bit (garland and a new kind of lights there this year); mostly, though, i had a hard time getting outside at the right time on a day that wasn't raining. i'm not in love with this photo, but it's infinitely better than all the others so i'm calling it DONE! :) 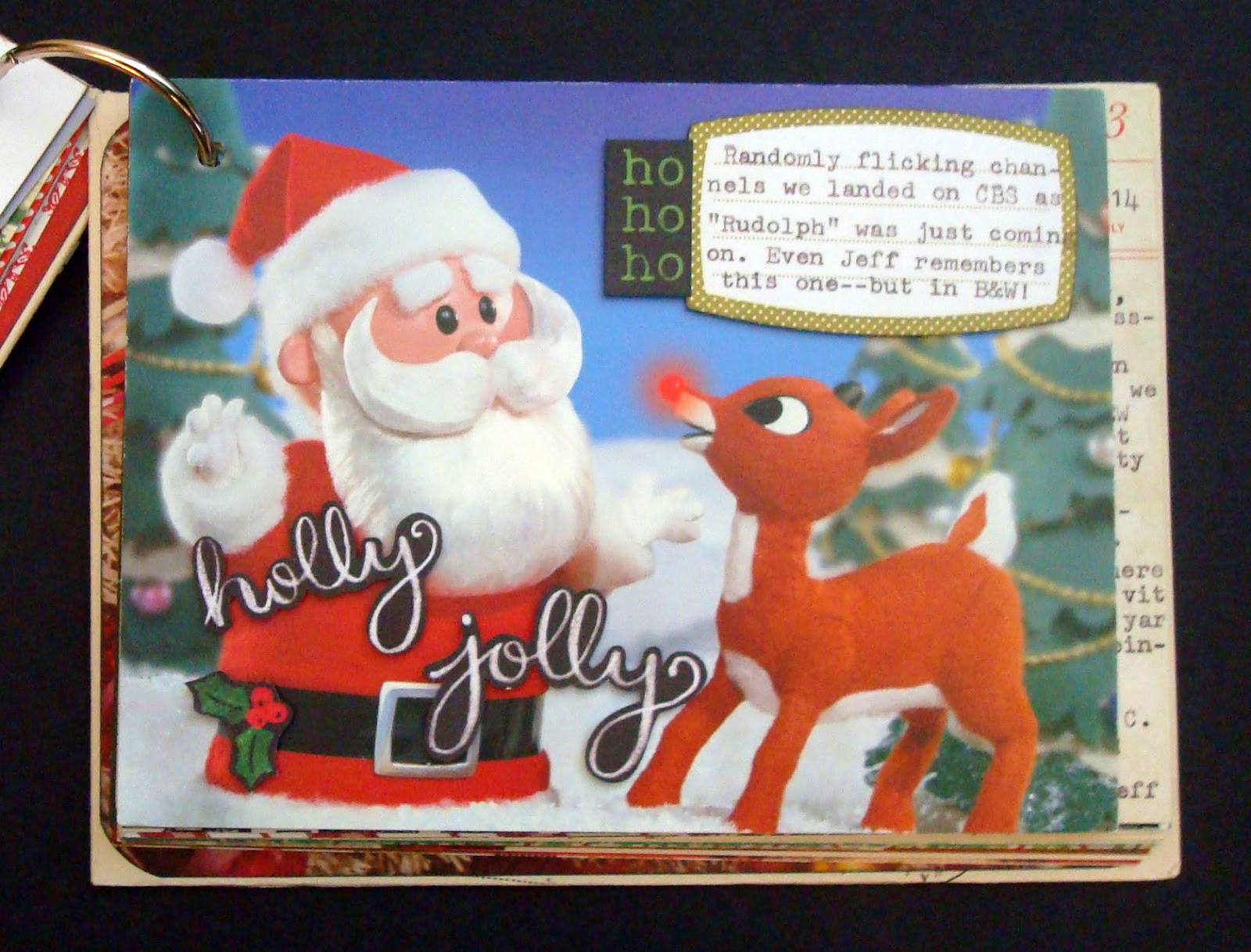 dd09: rudolph
i'll admit i built this whole page around the fact that last year my cousin ann sent me this awesome xmas card, and wrote inside, "have a holly jolly christmas!" but as a matter of fact, on tuesday night at 8pm, when jeff was flicking around the channels, i said, "hey, can you check cbs, i want to see what night rudolph's on" and it was just starting right then. score! (yeah, i'm pitiful, but it's been that kind of week, ok? this WAS "the big win" lol!) 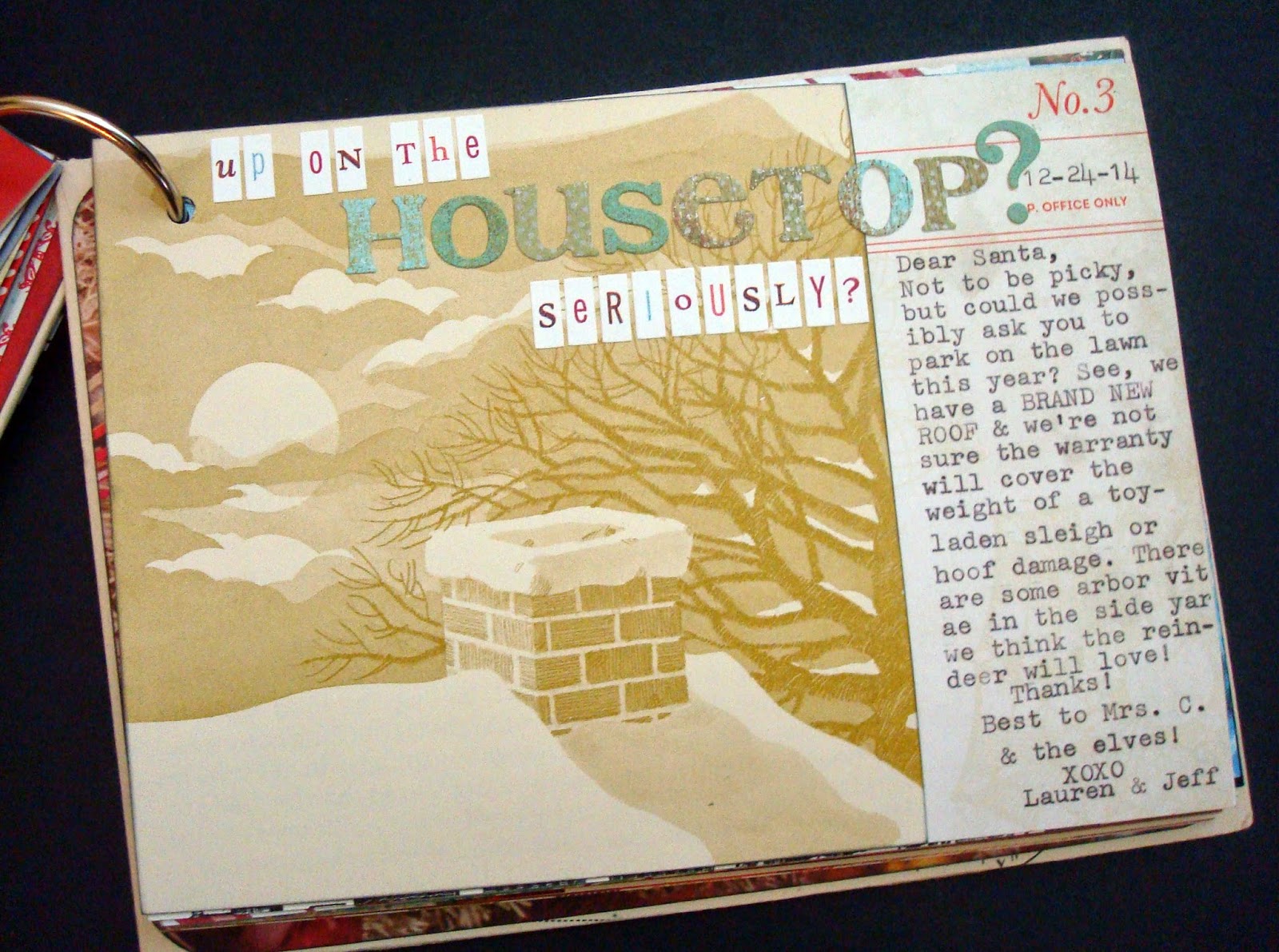 dd10: up on the housetop?
the yellow illustration part of this page is from an old ideals magazine; it was intended for one of the etsy december journals, but i accidentally cut it too small. so i put it in the pile to use in my own book. but the funny thing is: any other year, i would just see a pretty picture of a cosy little house in the winter. but... having had a new roof put on our own home less than a month ago... right now all i can see is a potentially damaging build-up of snow and ice, and wonder if the contractors used the correct type of sheathing for harsh weather, and was the flashing around that chimney installed properly? because perspective is EVERYTHING, darlings! :) :) :)
Posted by lauren bergold at 9:04 AM