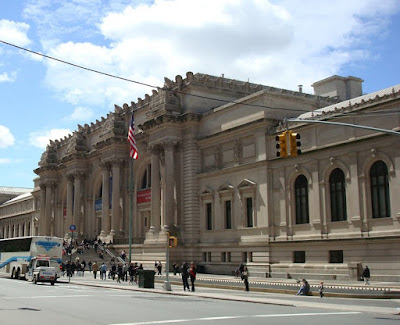 wouldja believe: it's actually even bigger than it looks from outside!

yes, those are three of the happiest words in the laurniverse! i love spending a day in the city, it doesn't even matter all that much what i'm doing, although in this case i was with my lovely (non-blogging) friends janet and liz* and we went to possibly my favorite place in the world: the metropolitan museum of art; so pretty much a "five star" lauren day, all round! 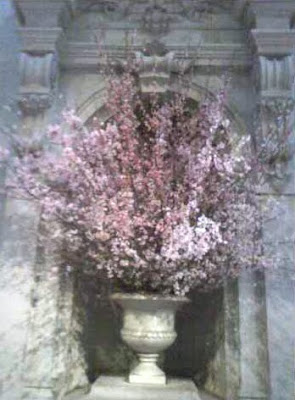 cherry blossoms so pretty even my cellphone pic cannot ruin them!

at the museum, in addition to quite a bit of aimless rambling, we saw the cezanne's card players, which not only featured five or six full-sized paintings, but also several dozen additional studies & sketches and commentary on both the subject of such scenes rendered by earlier flemish & dutch painters, and also the men who served as models for cezanne's works, who were mostly workers on his family estate.

not friends of cezanne...just me having fun with another phone snap
we had lunch in the trustee's dining room...always a SERIOUS treat, particularly when ended with one of their tiny and perfect molten valrhona chocolate cakes! (which i was far too greedy to even THINK of photographing, sorry!!!) 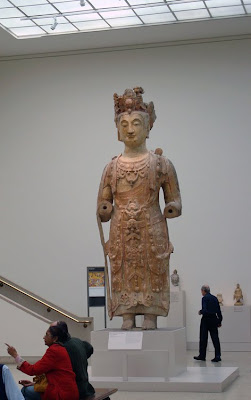 i finally learned to pronounce "avalokitesvara"! (ah-vah-lo-KESH-ver-ah ...am i right, liz??!)
then we took in treasures from the forbidden city where despite many grander works ...not to mention the marvel that was the architecture and landscaping of the qianlong emperor's private retreat... THIS bit of paper and metal and gilding and ink was my favorite item (apologies for the quality--it was dark & behind glass): 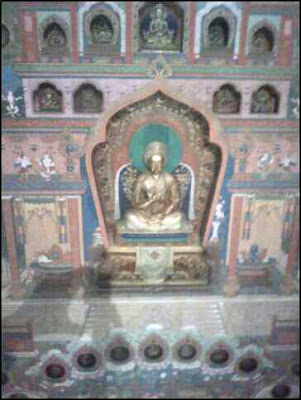 anyone else seeing asian-themed shadowboxes in my papercrafty future?!
on the drive up to the met, we detoured around to park avenue to take in a 10-block temporary installation of public art by sculptor will ryman: 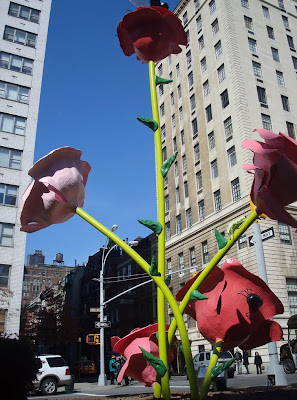 the "BEST" of my will ryman roses pictures
these giant fanciful roses dot the center island of park avenue between 57th and 67th streets from now through may... 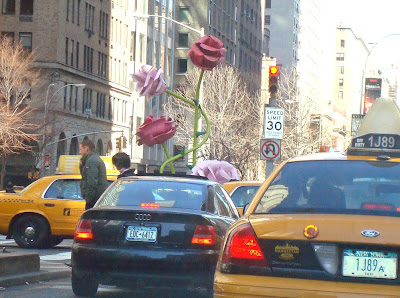 my favorite of the will ryman roses pictures
...a fact of which none of the three new jersians in our car would have been aware, had not a rather nice iowan sent me this article!!! :) 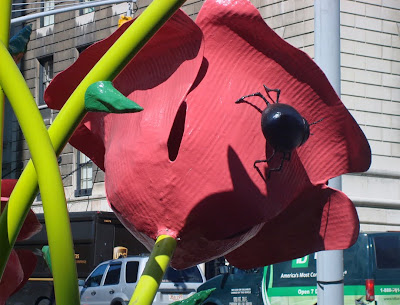 can someone sculpt a can of eco-safe bug spray QUICKLY please?!

in addition to the spectacle of the ENORMOUS and totally charming flowers themselves, a closer look reveals that they have details like thorns...and even dashing co-stars like beetles and butterflies of commensurate size!
speaking of size...i have a bit of a bombshell to report: 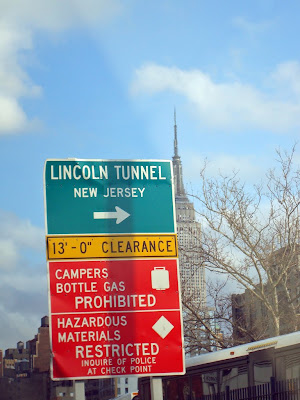 i hope this doesn't affect tourism! :)
it seems the empire state building is quiiiiiiiiiiiiiiite a bit smaller than city authorities would lead us to believe, as proven by this photo i snapped on the way home. it's still quite cool looking though, don't you think?! :)
♥♥♥♥♥