i've decided to start a new feature called "BESTEST" in which i will compile my current faves in various (mostly, i fear, silly) categories. if you think this is just an excuse to spend more time trawling google images for random stuff that makes me laugh...ok, yeah, well-spotted, you're exactly right!
i'm starting with LEGOS. i have always had a minor obsession with them, and lately i just keep running across new reasons to love 'em! i partially blame jana for this, since she pointed me towards #1!
1. best lego-photo-a-day website: lego365 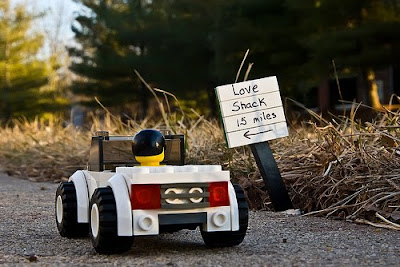 "if you see a faded sign by the side of the road that says..."

it's by a guy called dan. he likes legos, and photography. he makes me choke on my first cup of coffee several days a week. but, you know...in a *GOOD* way! i'm more than halfway through the archives and wondering what i will do after that. weep, probably.

2. best lego book: i lego ny by christoph niemann. simply brilliant. brilliantly simple. quintessentially new yorky. a lot of people are getting this for xmas, i think!

3. best eddie izzard comedy routine illustrated by animated legos: this james bond one; better by far than even the most delicious pair of jam trousers! :)

4. best lego food: a tie between this lego that looks like food...and this food that looks like lego! either way, i now want to build something, and have a snack. not necessarily in that order.

5. best real-life lego experience: a trip to the san diego legoland in summer, 2007 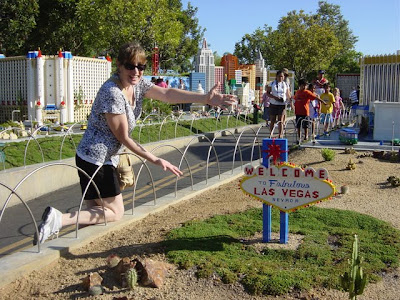 my secret fantasy dream-job? building the exhibits in miniland!!!

i'd like to tell you we went because my friends live 10 minutes away and have a membership because their kids love it...and all of that is true...but in addition to trips to the zoo, the museums of balboa park, huntingdon library, and other cultural highlights, i specifically asked to be taken here, and had (at age 43) the most fun of the whole group!!! (& i'd LOVE to go back!)