it's a pretty cool challenge, imo, at shopping our stash this week. we want to see projects with solid, silhouette-style images! they can be stamped or diecut or... well, i suppose you could do the old school trace-and-cut variety too, if you'd like. i went with diecuts though. see?

obviously the most traditional style of silhouette image is done in black, so that's the card i made first, and i *like* it... but i since i chose to use quite a busy background-- it's another version of the herringbone "scraps" pattern i made for this card in june, but this time the scraps are offcuts of watercolor paper, painted with colorburst-- so i felt like the glossy black image of the memory box poppies just didn't stand out quite as much as i wanted it to. 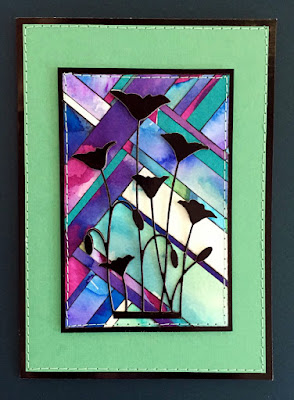 so for my second card, i used a glossy white diecut, instead, which pops quite a bit more, i think. 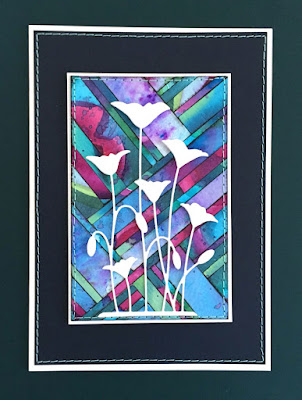 both versions are made exactly like the original herringbone card (there are directions and some process pics in the original post) i xyroned a panel of cardstock, attached all of my strips to it, and trimmed neatly around the edges. this time i also added a bit of machine stitching. then i affixed the silhouettes with little slivers of foam tape, so that it would literally stand out from the background. 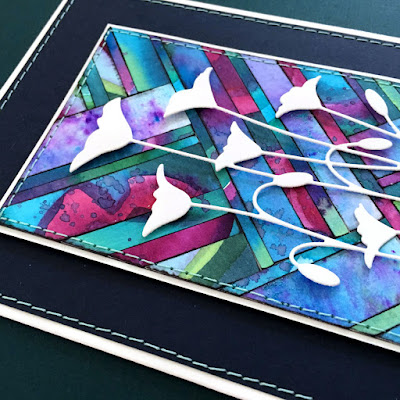 speaking of designs that "stand out" my SOS design team sisters have a bunch more to show you, why not check those out right now? ♥
Posted by lauren bergold at 6:30 AM