what's that? you wish there were half a dozen funky new ICADs to look at since my last update? well, that's handy, because LOOK what i've got right here: 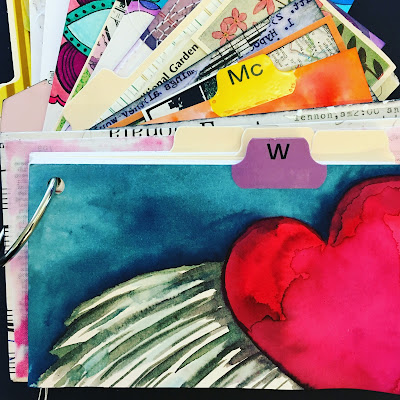 day 12: wings
any excuse to make a tiny colorburst painting, that's my motto!
(i'm secretly kinda really pleased with the shading on this... just sayin'...) 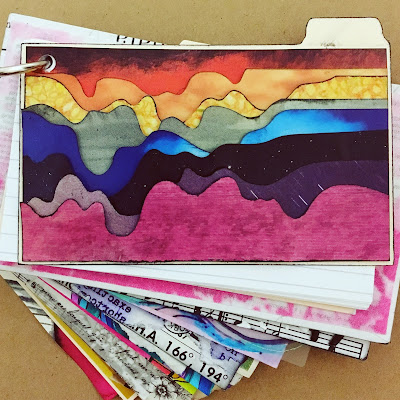 day 13: echo/repeat
this makes more sense for the prompt if you realize that to me, these kind of look like the soundwave graphics on those equalizer thingies that everyone had in the 80's. but mostly, i found a link i'd saved to maud vantours' "oscillations" series and became instantly re-obsessed with them; so i probably would've made this fit whatever the prompt was, lol. 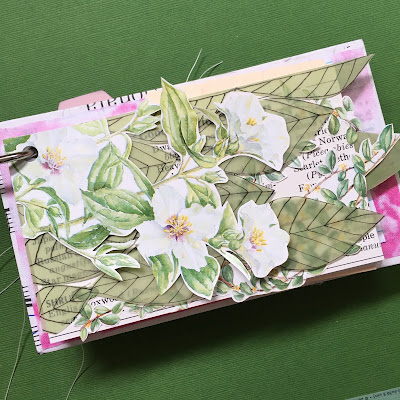 day 14: leaves
so i was doodling on green vellum envelope that was sitting on my desk...
(in retrospect, i think i added too many collage layers to this at least for it to be a 3x5 index card; however i reserve the right to revisit this idea on a bigger scale and add EVEN MORE stuff to it!) 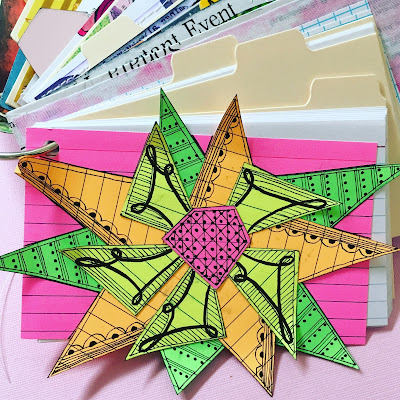 day 15: starburst
because all you really NEED for ICAD is a pen and some index cards!!!!!
(ps: this is made from all the weird little offcuts leftover from making the 3D tetrahedron!) 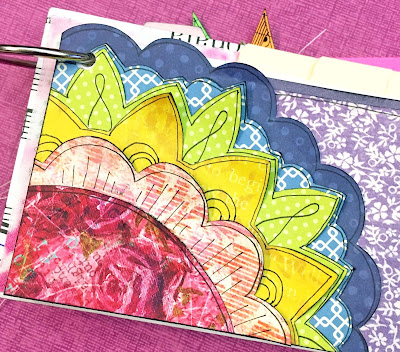 day 16: rainbow
this is my first attempt at a freestyle, handcut mandala... by which i mean that i didn't draw the outlines first, just tacked on each successive layer to the back, then went at it with the scissors. not a lot of variation, but not bad, considering... pretty sure you'll see more like this! ;) 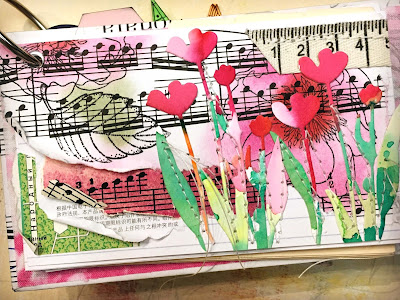 day 17: sprout
kind of a cheat, but it was getting late and i had lots of pink and green flowery bits leftover from another project i'm working on...

wishing you a happy father's day if you're celebrating, or just a really pleasant sunday with hopefully a bit of creative fun in store! ♥
Posted by lauren bergold at 9:00 AM