or rather, there's still time to link up a holiday card that uses some giftwrap or tags for the first ♥JINGLE BELLES♥ prompt of 2015. if you're stumped for ideas, be sure to check out the "no time like the presents" readers' gallery, there are some AMAZING cards to inspire you! i also heard a rumor there miiiiiiiiiiiight be a little surprise giftie for one lucky cardmaker this fortnight... just sayin'... meanwhile, here's what i made this week:


the ornaments come from the leftovers of the giftwrap i used on a bunch of the presents i bestowed this year. i can't say i selected it purely because it had beautiful fussy-cut-able baubles... but i was definitely aware of that fact, and took the precaution of saving an off-cut or two whilst wrapping my gifts! :) i backed the paper with scraps of cardstock so i could pop them up on foam tape, bedeck them with ribbons and add the odd gem or two.

the cool sentiment sticker is part of an amazingly fab SRM stickers prize pack that stephanie won for the two of us by entering an an instagram challenge. you should probably get used to me enthusing over these because in addition to being great-looking and having truly invisible backings (how do they DO that?!) this very generous prize comprises a big selection of the many awesome SRM holiday designs, so it will likely be getting use most weeks! ta v much, SRM, for such a wonderful and useful gift!!!

once again i've used the sketch from the fusion anniversary challenge, though not very much of the inspiration board. unless you count the fact that one of the ornaments is pink and the black paper with snowflakes could arguably be said to have a "chalkboardish" vibe. which is probably stretching things on both counts. meanwhile, there is still time for YOU to use either or both halves of the fusion challenge: 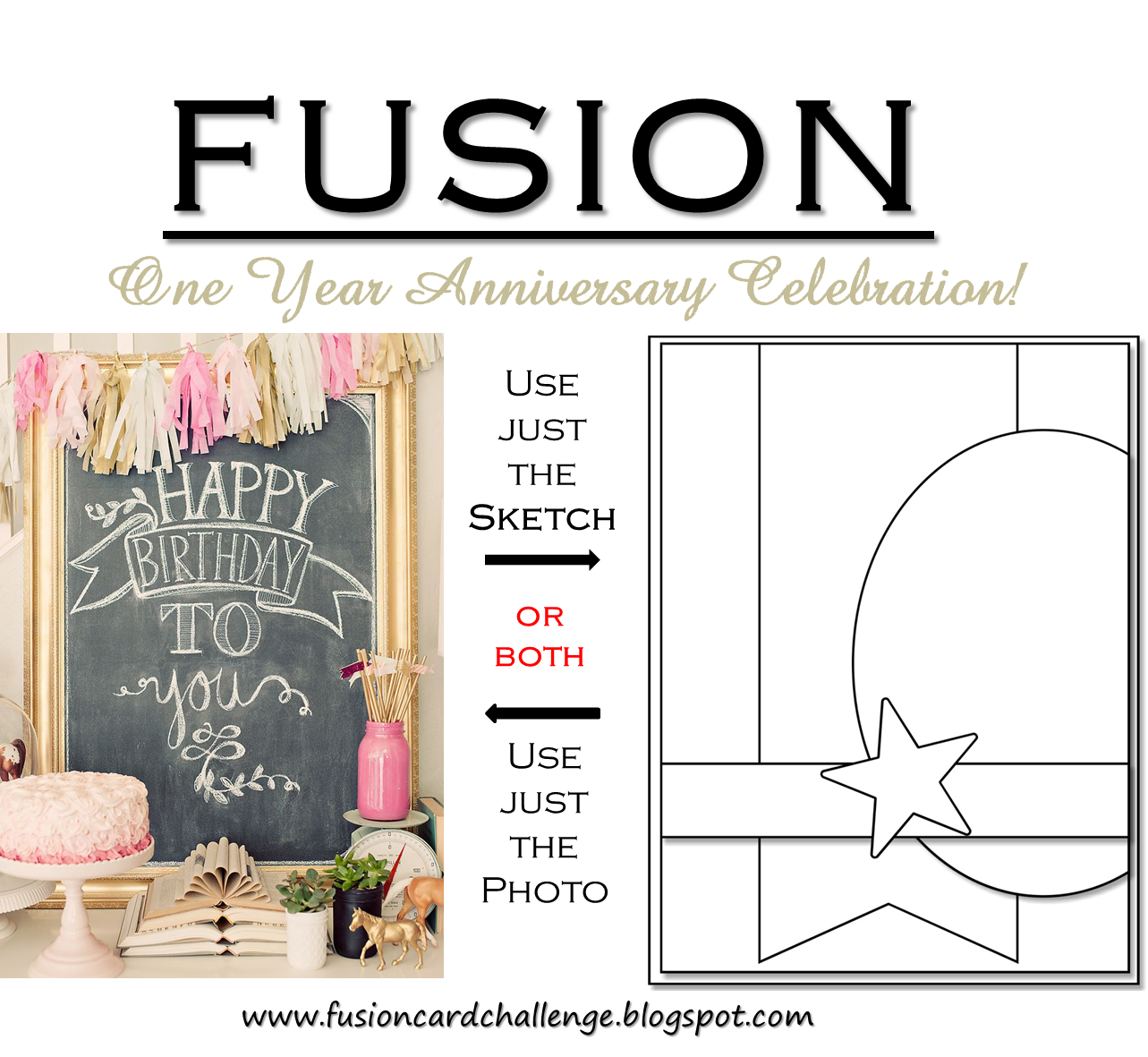 something else there's still plenty of time to do is link up a giftwrap or tag-inclusive holiday card at ♥JINGLE BELLES♥! be sure to check out stephanie's card while you are there, you will thank me later!
Posted by lauren bergold at 12:00 AM