or, at least, building a different mandala; since i quite liked the one from my SOS card earlier this week on which i used my spellbinders' "blossom two" dies as the scalloppy layers in the mandala. but i thought of a new way to combine store-bought card-making supplies with my own hand-drawn and hand-painted bits, so (quite immodestly!) i like it even better. first i'll show the card and then i'll essplain:


ok, so, do you see the sliver glitter paper outlines? there are two: one's at the very center, surrounding the blue gem; the second is close to the outer edge. those outlines are actually a couple of the offcuts from blossom- shapes i used on the first card. i trimmed neatly around the edges so i'd just have a sort of blossom- or mandala-shaped border. i didn't realize until i sat down to write this how hard it'd be to explain, so instead of writing more, why don't i just show you? in case you're thinking, "hey lauren, since these are nestabilities, couldn't you just use the two closest sizes to get a similar effect with much less effort?" well yes, though, as you can see in the shot above, it does make a much fatter outline; also i like the idea that the version featuring hand-cutting means this technique could be used with ANY kind of die. (so yeah... you'll be seeing this again, darlings!)

anyway, after i had outlines i liked, i glued them to a square of watercolor paper, and filled the interior with watercolors, markers, circles punched from scraps of patterned paper, and some sticky-back bling. then i outlined everything with a super-fine-point black permanent pen. et voila! 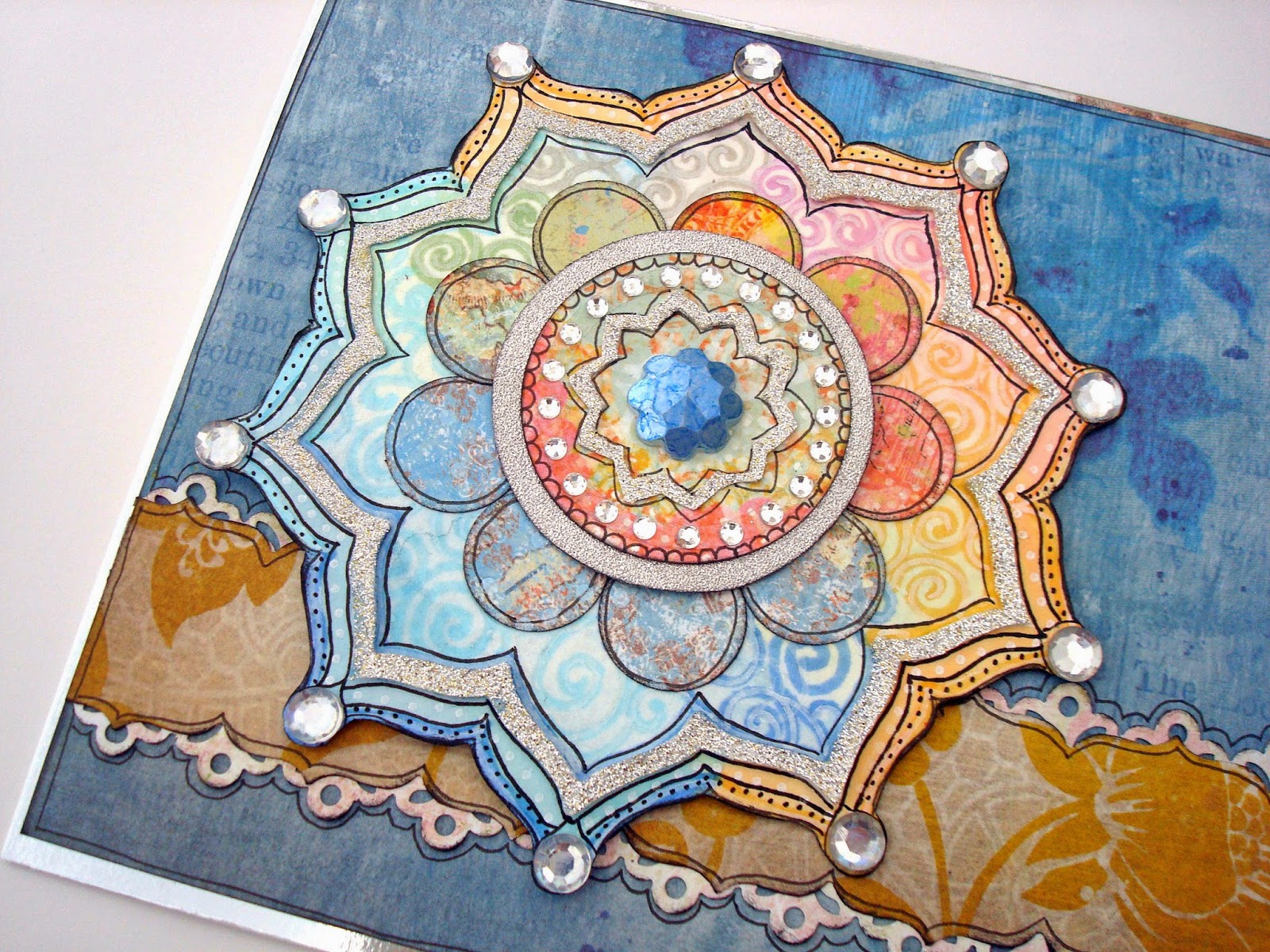 i was inspired by the current mojo monday (#381) sketch for my layout, tho i did slide the mandala over to the side AND made a wide (rather than tall) card, but it's still an awesome sketch as i'm sure you'll agree:

i hope everyone has enjoyed a lovely weekend. we had snow yesterday, we expect more snow tonight, and my mom is coming to stay for a few days, so i'm looking forward to a busy week, spent largely indoors. whatever you're doing this week i hope it's ♥FUN♥ and if you encounter some nasty weather, i hope you stay warm and safe! xoxo
Posted by lauren bergold at 12:00 AM