if you've read my blog for a while, you know that my friend gina is one of my all-time favorite artists, and one of my fave people, generally, for that matter! sadly, she has left off blogging in the last year or so, but i hope she'll be back, eventually. meanwhile, we email and text and plan future thrifting expeditions! i mention all of this to give you the backstory on today's card: having started, last year, to do some drawing and painting of my own original images, i wanted to make a uniquely painty card for gina's birthday. especially when i realized that one of the things i've gotten pretty good at drawing are funky fishes:


i happen to know miss g. loves fish*. she draws them, paints them, and has carved amazing fish stamps like this one and this one! the latter was the most direct inspiration for my card... but let's face it... it's nothing like what she does. for one thing, her fish are stylized versions of actual fish you might see in an aquarium, whereas mine is smiling! in my opinion, you don't see enough smiling fish in nature, but i suppose modern life is stressful for everyone, and we shouldn't judge.

i've mentioned before that when i want to try to draw something, i usually look for examples of how other people have done so, to gather some ideas that i think might be within my capabilities. this process typically takes a few days and is being done "in the background" of life; often while i'm on the treadmill or exercise bike, i'm scrolling through images online and letting them marinate in my head. i tend to do stylized line drawings, ink them in with permanent pens, then go mad with watercolors. in this case, i looked at a lot of gina's own fish stamps and things, then i did a few different pinterest searches. some specific things i liked and thought i might be able to interpret in my own way were the happy faces of these cute goldfish, the scales and pink splashy coloring of this koi, and the layery waves of this doodly ocean. i wound up doing the fish and the ocean separately, so that i could fussy-cut the fish and pop it up on foam tape for more dimension. i briefly considered machine stitching along all the waves of the ocean, but luckily, jeff talked me down. 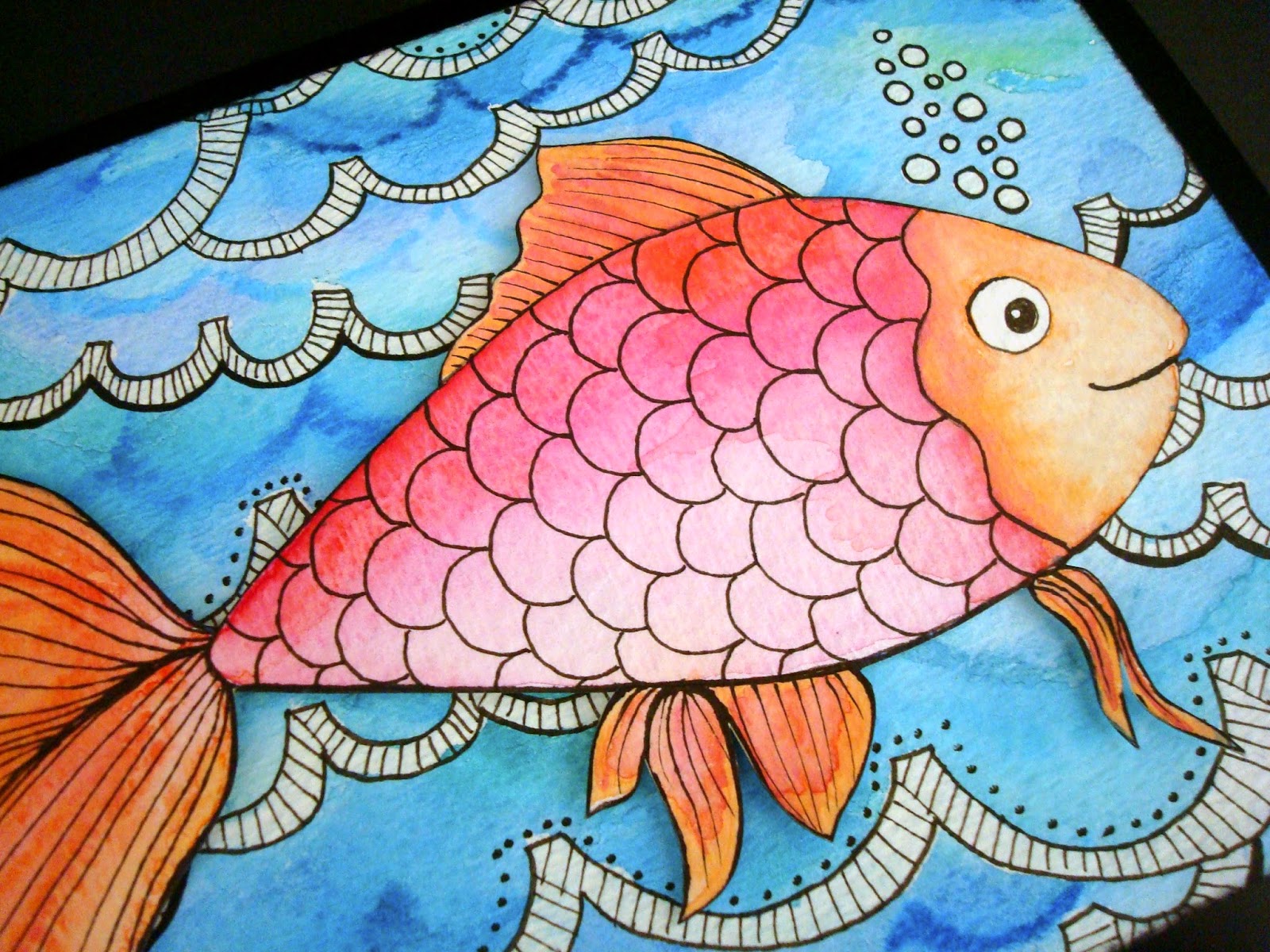 i was inspired by the colors and general swirly-ness in the current (HA! fish! current! geddit??!?!?! ok, sorry, nevermind...) curtain call inspiration challenge board: 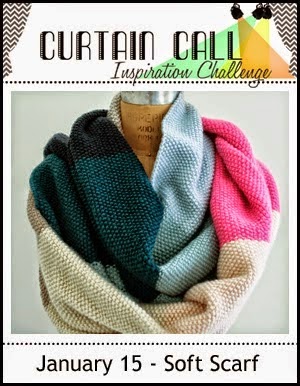 oh and there's one more thing i have to show off, only because A) my other big obsession recently is hand-lettering** and B) i hardly ever do anything awesome INSIDE my cards, but for once i actually did! go, me! 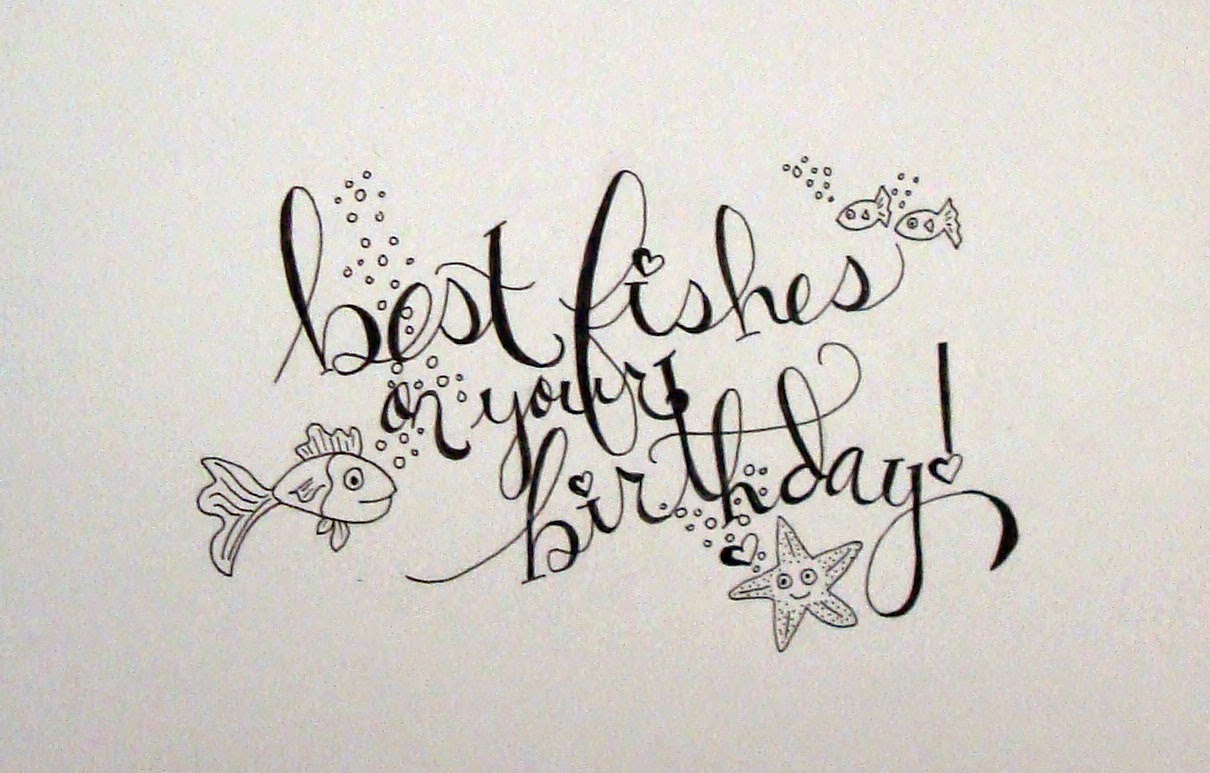 it's such a grey and rainy day here in the northeast, i should probably go out and check our backyard for stray fishes at this point! fortunately the temp has gone up to a blistering 36F and the especially dangerous icy road conditions of this morning have passed. i'm hoping the rain will stop before it gets cold again tonight. meanwhile, wherever you are, darlings, if you're driving in wintery weather be especially careful and especially safe! ♥♥♥

*speaking of gina and fish, a couple of years ago, she designed some totally awesome digital papercrafting kits, (which sadly are no longer available) including one called "of the water" which i happen to own and still absolutely adore! i was honored to be on her design team for that project, and in the course of writing this post i found some of the cards i made using her kit, in this post and this one, which i happen to think hold up pretty well. nothing like a little stroll... or in this case swim... down memory lane, eh? :)

**this style of wonky faux-calligraphy is one of my faves, i stole the idea and technique from this cool tutorial on the jones design co blog!
Posted by lauren bergold at 3:00 PM